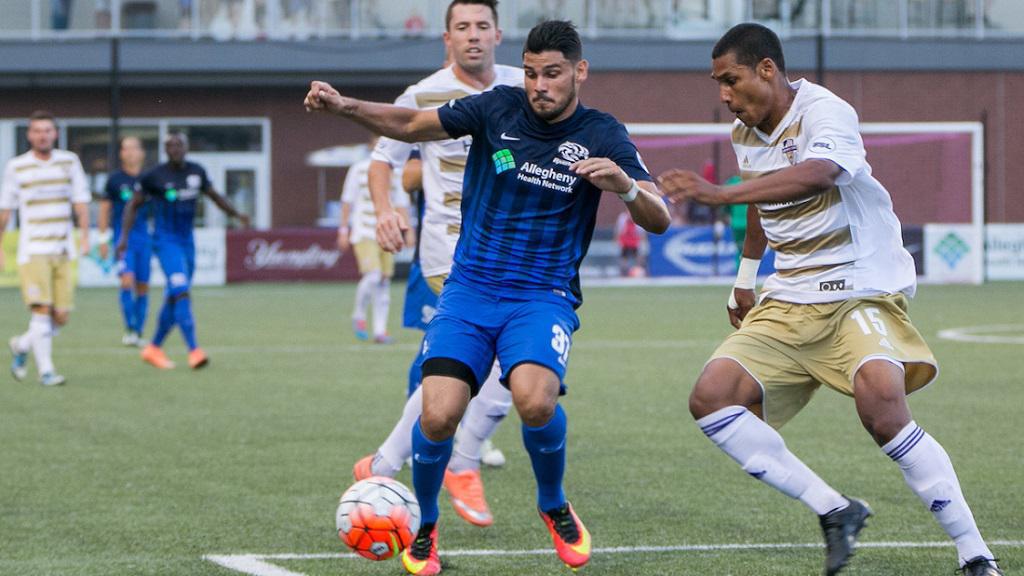 PITTSBURGH – Louisville City FC’s George Davis IV tallied two second-half goals as the visiting side rallied for a 2-1 victory against the Pittsburgh Riverhounds on Friday at Highmark Stadium. Corey Hertzog tallied in the first half for host Pittsburgh, and Davis responded for Louisville in the 55th and 82nd minutes. Sandwiched in between in the 70th minute, Riverhounds goalkeeper Mauricio Vargas came up with a clutch stop on a Chandler Hoffman penalty kick to keep things level at that stage, but from that point on, Pittsburgh was playing down a man. Mike Green was sent off for the foul on Hoffman that led to the PK, and Davis eventually tallied the go-ahead score with City playing with a man advantage. With the win, Louisville snaps a two-game skid and moves back into first place in the Eastern Conference, improving to 13-3-6 (45 points), one point ahead of the New York Red Bulls II who had moved into the top spot earlier in the week. Pittsburgh falls to 3-13-4 (13 points) overall and 2-8-1 at home.

USLSoccer.com Man of the Match:
George Davis IV, Louisville City FC – Davis recorded a second-half brace to help Louisville rally for a road victory and move back into first place.