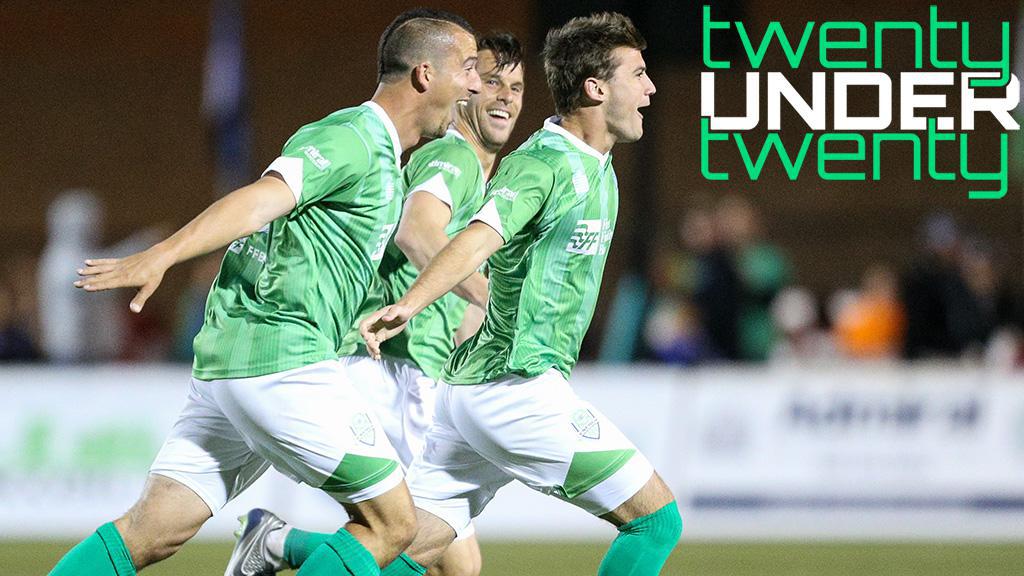 OKC Energy FC forward/midfielder Coy Craft has had quite the month. Between scoring Energy FC’s game-winning goal against Swope Park two weeks ago, and being named to the 2016 Chipotle MLS Homegrown Game roster, the Southwestern Virginia native has had plenty to smile about.

The recent success Craft has enjoyed is due to years of hard work, and is the culmination of a journey that took him from small-town Virginia to the starting 11s of both FC Dallas and OKC Energy FC.

“It’s honestly crazy to think about,” said Craft. “I was just a small-town kid playing soccer and I somehow ended up in Dallas.”

Craft ended up in Dallas thanks to a chance meeting with Óscar Pareja at a youth national team tryout when Craft was in eighth grade. The meeting ultimately paved the way for Craft to become a professional, as the Virginia native joined the FC Dallas Academy soon after meeting Pareja.

After a few short years learning under the coaches at the FC Dallas academy, training stints overseas, including one with Stuttgart, and multiple collegiate scholarship offers, Craft signed as a Homegrown Player with FC Dallas in 2014, becoming the club’s 12th Homegrown signing.

Over the past two years, Craft has appeared sparingly for FC Dallas due to myriad factors, with the quality of talent ahead of him on the depth chart chief among them. Not wanting to stunt his growth, FC Dallas loaned Craft to USL partner Energy FC earlier this season, which presented a new challenge for Craft. It was totally welcomed by the young FC Dallas academy product.

“It’s hard to sometimes to be in-and-out of the roster, and it’s hard to keep developing at such a young age unless you’re getting consistent minutes at a high level, so, obviously, I think it’s the best thing for my career right now to be there and get quality minutes against quality competition,” said Craft. “I think it’s been really good for me this season so far. The team is great, the city’s great, and I love the coaching staff, so it’s been a great experience for me this season so far.”

Since being a part of Coach Jimmy Nielsen’s setup, Craft has shown skill and guile beyond his age. In his first game in an Energy FC uniform, Craft scored an amazing left-footed half-volley from around 25 yards to ensure a draw with Saint Louis FC. He has not slowed down since. Overall, Craft has appeared in 10 games for Energy FC, and currently co-leads the team in goals with three alongside Wojciech Wojcik.

Craft has more than impressed everyone in OKC with both his approach to the game and his performances on the field.

“I feel that when he’s here, that our group has done a great job of taking him on board,” said Nielsen. “He came in with an absolutely brilliant attitude from day one. It’s not always easy for the players when they’re going back and forth between two teams, but I think when he’s here, he’s feeling like a part of the team, and that’s obviously going to help him a lot. He doesn’t feel like a stranger, and our guys stood there with open arms also from day one, because of his attitude. If he came in with a cocky attitude, he probably wouldn’t last long here, but he’s got a tremendous attitude and work ethic every single day.

“Every time he’s on the field he’s giving everything he has. You can see that he really enjoys himself out there, loves being out there. He’s enjoying playing soccer, and that transfers into a good performance. He’s a very, very good player.” 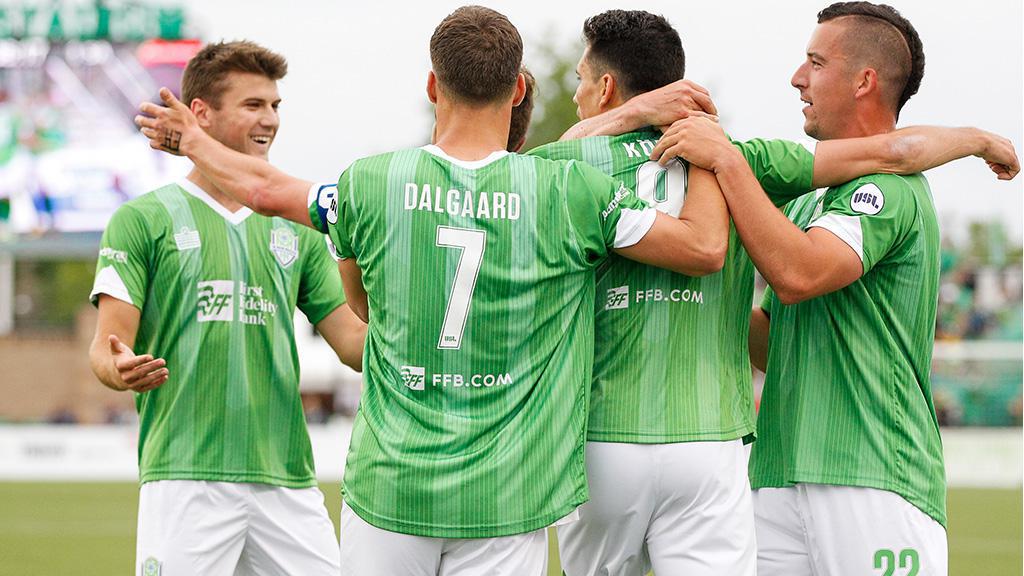 Craft has undoubtedly benefitted from his time in Oklahoma City, and his superb performances have been noticed outside the USL, as the young Virginian earned a call-up to the U.S. Under-20 Men’s National Team for the NTC Invitational just a few weeks ago. While with the U20s, Craft continued his impressive months-long run of form when he scored the final goal of a 4-0 victory for the U.S. against Panama.

With the recent goal for the U20s still fresh in his mind, Craft hopes to build on his success with the national team and secure a spot in the squad for next year’s CONCACAF U20 World Cup Qualifying, and then hopefully a place in the World Cup squad should it advance to South Korea.

“There are two or three more camps before we start really ramping up qualifying, so a short-term goal is to get in the qualifying roster, getting into the World Cup, and then doing really well at the World Cup and being a part of that squad,” said Craft. “The dream is to one day make the first team roster.”

While making the first team may be a distant goal, Craft’s emergence as both a dependable and productive young player has earned the 19-year-old more minutes with FC Dallas this season. Pareja has called Craft into the game day roster on several occasions since his loan to OKC. The youngster even earned a start on June 15 in the Fourth Round of the Lamar Hunt U.S Open Cup against Energy FC, where he notched two assists.

Craft’s play at both the USL and MLS levels this season has earned him a second consecutive invite to the MLS Chipotle Homegrown Game. Craft recognizes that the game provides an additional stage to showcase how much he has advanced his game this year. He is more than excited for the opportunity the game presents.

“It’s awesome,” said Craft. “Last year, it was an honor to not only represent Dallas, but the MLS in the Homegrown Game, and I was super excited to get the invite again this year. Landon [Donovan] is an awesome coach, and he’s somebody that I’ve looked up to over the years, especially with the national team because he plays my same position. It’s a huge game for my career. It’s good exposure, so I am excited to get there and showcase what I’ve been doing this year with the Energy and Dallas.” 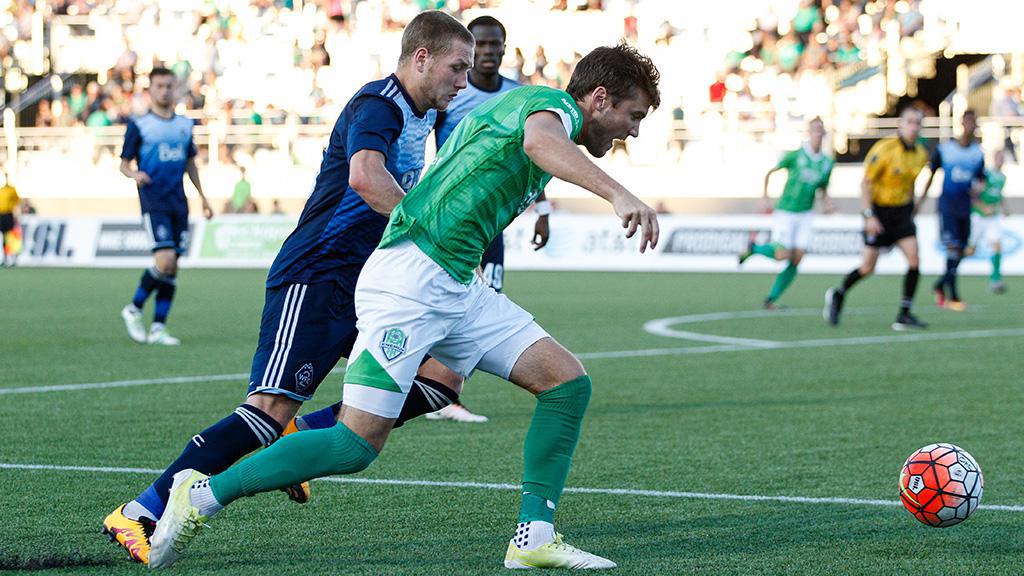 After Wednesday night’s Homegrown Game, Craft wants to keep building on the stellar performances he has put in so far this season. Though he is more than thrilled with where he is at currently, Craft is hungry for more. In the end, success will breed more success.

Craft has come a long way since leaving Virginia in his early teens. He’s already fulfilled his dream of signing his first professional contract, and has made quite the impression on players and fans alike since making his professional debut. As he grows older and further develops his game, there is no telling just what he will accomplish. Regardless of where he ends up or what he accomplishes in the future, Craft has already convinced many that he is on his way to making a lasting impression.

“Obviously, he’s come far in his career to only be that young,” said Nielsen. “In my opinion, 100 percent MLS opportunity for him in the future. Great attitude to the game. Humble guy. Works hard. He’s got all the skills to be a big player in MLS down the road.”