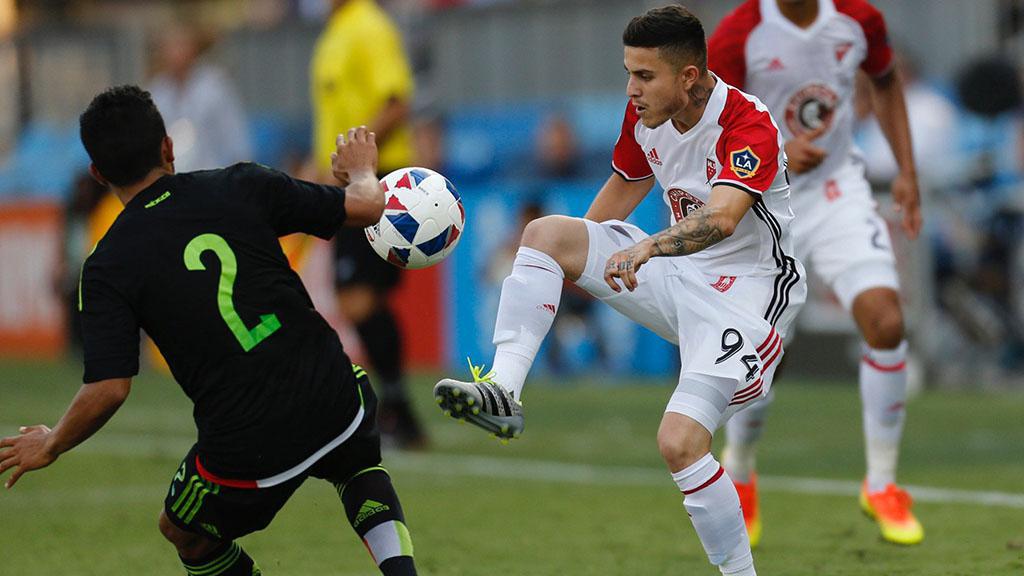 SAN JOSE, Calif. – The MLS Homegrowns, led by a number of players with USL experience, held control for much of the second half, but were unable to overcome a halftime deficit as the Mexico U20 National Team took a 2-0 victory in the Chipotle MLS Homegrown Game at Avaya Stadium on Wednesday night. Luis Marquez had both goals for Mexico to claim MVP honors.

The game opened evenly, but the first big chance came for the Mexico U20s in the 11th minute as Daniel Rios fired a turning shot that Homegrown goalkeeper Jesse Gonzalez – who made his professional debut for the Pittsburgh Riverhounds – tipped onto the crossbar.

Gonzalez came up big again on a counter-attack in the 20th minute from Ulises Jaimes, using his frame to close down space after a good spell of possession by the Homegrown side in the Mexico end. Mexico took the lead in the 34th minute, however, as Gonazalez went the right way on a penalty kick by Marquez, but the effort found its way into the back of the net.

The Homegrown side almost equalized two minutes before the break as the Toronto FC connection of Jay Chapman and Jordan Hamilton almost connected. After Chapman sprang forward from midfield, he found Hamilton in space on the left side of the penalty area, but his shot just went wide of the right post.

Moments later, however, Mexico made it 2-0 as Marquez scored his second of the night off a free kick from the right. Marquez’s delivery went over all of the players in the penalty area, and snuck into the left corner of the net as Gonzalez was unable to recover.

USL leading scorer Jack McBean was introduced among a number of substitutes at halftime, and made an immediate impact. The LA Galaxy forward came close to pulling a goal back as he combined with Tommy Thompson – previously a loanee with Sacramento Republic FC – but couldn’t quite direct his header on goal in the 56th minute.

Thompson also had a chance with a free kick from distance five minutes later, but his low effort was comfortably saved. The Homegrowns continued to have the better of the play in the second half, with New York Red Bulls midfielder Derrick Etienne Jr. providing danger after coming on, while LA Galaxy midfielder Raul Mendiola shot over with 16 minutes to go.

McBean again went close five minutes later as his flicked header from Mendiola went just wide of the right post, while Mexico almost added to its lead when Omar Islas headed a free kick off the left post with six minutes to go on one of its few chances in the second half. Etienne then had a late header off a corner saved, but Mexico’s defense held firm to take victory.