Jones Excited to Make Move to Union from Steel 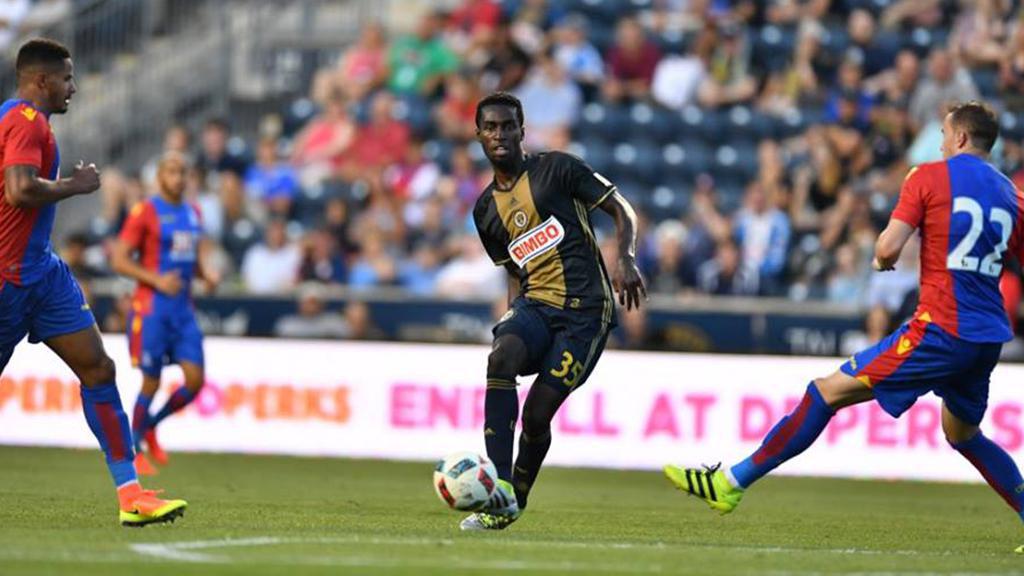 CHESTER, Pa. – Previously the first signing in Bethlehem Steel FC history this past December, Derrick Jones made another piece of history on Wednesday as he was introduced as the first player from the Philadelphia Union’s Academy to sign as a Homegrown Player with the MLS club.

“I thank the whole organization for making this happen for me,” Jones said in a video released by the club. “It’s really a good moment for me. Now I just have to work hard and keep pushing myself.”

One of the brightest young players in the USL this season, the 19-year-old Jones drew praise from Union Coach Jim Curtin on Wednesday as he made the transition officially to Major League Soccer.

“As a club it’s a proud moment, because everybody has played a role,” Curtin said. “From our medical staff to our trainers, to our equipment guys, all the way through our academy, to Bethlehem, to our first team to now see a player come through. The group was happy for him, all the players had a big smile on their face when we introduced him today as a first team player, so a special moment, one that’s proud for me.”

Jones leads the Steel with four goals and three assists this season, as he has helped the Steel perform well in their inaugural season in the USL. A powerful central midfielder, Curtin made the comparison to MLS veteran Tony Tchani in describing Jones’ game. While the majority of Jones’ minutes may still come with the Steel this season, Curtin expects he will also make his job of team selection more difficult moving forward.

“When [Union Sporting Director] Earnie [Stewart] and I look and talk about adding players, there’s two types,” said Curtin. “There’s players for the future, doesn’t mean they can’t impact things right away, but they are more for the future, and then there’s also ones that look to bring in and have an immediate impact in the starting lineup.

“Derrick would probably fall in the first category as a guy who’s for the future, but he’s going to push and make my job harder each week. We’re really happy with where he is, and excited for him at this time. Great skillset, a ton of potential, and he deserves a lot of credit for being where he is.”

Jones was grateful for the role that Union Academy coaches Tommy Wilson, and in particular Jeff Cook had played in helping him push forward from the academy into the professional ranks with the Steel.

“I talk to Jeff a lot, because since I’ve been in the Academy, he was the closest one I’ve been to,” Jones said of Cook. “Since he was my U16 coach, he helped me on and off the field. With the Steel, he pushed me. Sometimes I’d think he was doing too much, but now I realize he wasn’t, he was trying to help me. I thank him very much for that, and Tommy Wilson too. He called me every day to check up on me and stuff, help me both on and off the field, and I’m really glad.”

After making his Union debut in the club’s international exhibition against Crystal Palace two weeks ago, now the goal for Jones is to make his full MLS debut, and maybe even his first start, before the 2016 season wraps up.

“We all start somewhere,” Jones said. “I started from the Academy, and I worked hard. Then I moved on to the Steel, and I worked harder, and now I’m in the first team so I’m going to work harder to reach my goals and go to the next level.”