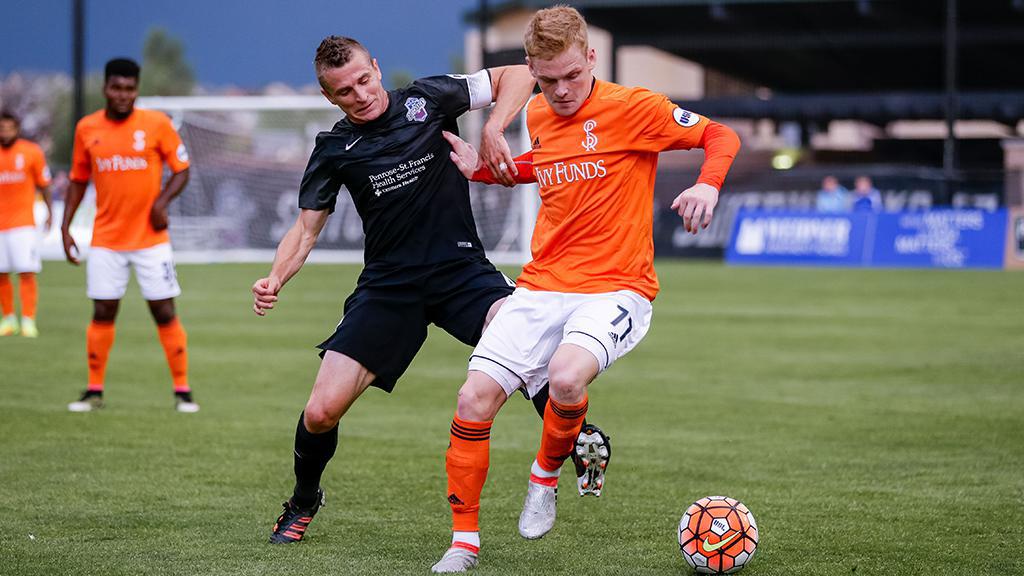 COLORADO SPRINGS, Colo. – Alex Molano’s brilliant free kick late in stoppage time grabbed a 1-1 draw for the Swope Park Rangers against Colorado Springs Switchbacks FC on Wednesday night at Switchbacks Stadium, denying the hosts first place in the USL’s Western Conference. The Switchbacks almost took the lead late in the first half when Conor Doyle’s initial shot was blocked by SPR goalkeeper Alec Kann, and Saeed Robinson shot the rebound off the crossbar and out for a goal kick, but the game went to the break scoreless. The hosts took the lead just past the hour-mark however, as Mike Seth scored an outstanding solo effort for his fifth goal of the season. The Rangers had some good passages of play, particularly early in the second half, but it appeared they would head home without a point until deep into stoppage time when Molano’s outstanding free kick secured a draw.

Alex Molano, Swope Park Rangers – After coming on as a second-half substitute, Molano struck the decisive blow in stoppage time to send the Rangers home with a point against a strong Switchbacks side.