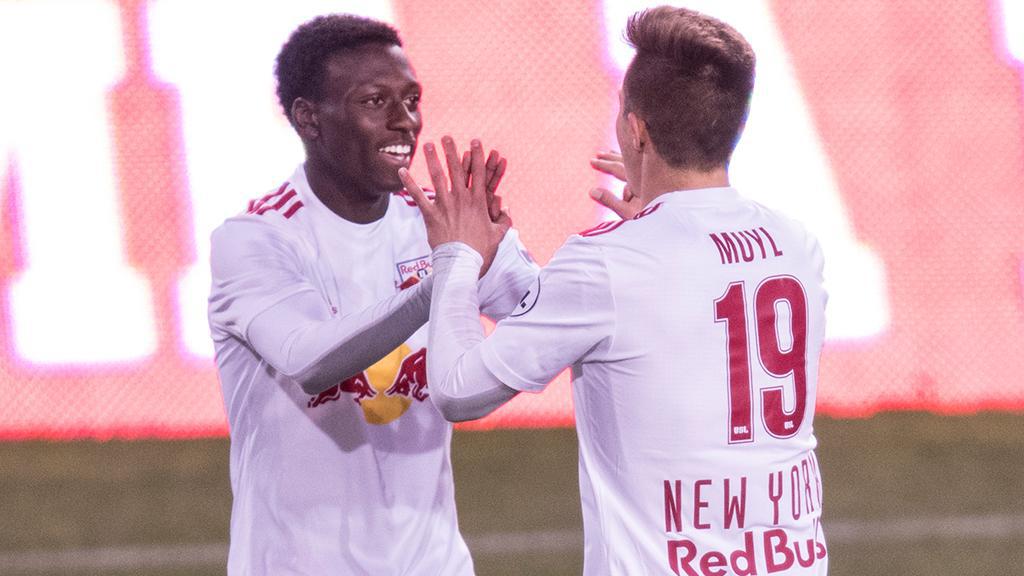 For most of the second-third of the second, which concludes this week, things have been pretty clear-cut in the Eastern Conference. There’s Louisville and New York – and depending on this week’s results, Cincinnati – vying for top spot in the conference, Charleston sitting comfortably in the middle, and then a battle for the remaining four places in the playoffs.

The battle for the final places in the playoffs is also compact in the Western Conference, with San Antonio FC the latest contender to get its head above water after this past week’s results. Up above, though, is the sort of competition that should provide compelling viewing as the regular season enters the home stretch.

Because let’s face it, six teams separated by four points at the top of the Western Conference standings is a wonderful kind of mess. For fans of those teams in the group, it means nervous tension as every result matters. If you’re a neutral looking on, though, it means compelling action for the rest of the way.

Getting a high seed is certainly no guarantee of success in the playoffs – road runs by the LA Galaxy II and Harrisburg City Islanders in the past two years are evidence of that – but you know everyone would rather be the host than the guest when October arrives. That means every point is crucial from here on out.

1. New York Red Bulls II (Previous: 1)
Last Week: W 2-1 at Charlotte Independence
The Red Bulls II are still undefeated on the road this season after taking a victory against a Charlotte Independence side that appears back on the upswing. New York looked sharp in the early going despite more than an hour delay to kickoff thanks to lightning and rain, and took advantage of its man-advantage to take a big three points to remain in close contention to Eastern Conference leader Louisville.

2. Louisville City FC (Previous: 3)
Last Week: W 4-1 at Wilmington Hammerheads FC
Louisville looked back to its normal self on Sunday night as it swept to a victory in Wilmington to remain four points clear of the Red Bulls II, albeit having played two games more. City’s 17-game undefeated streak is getting close to some of the longest in USL history, but will be challenged this Saturday as the final regular-season edition of the River Cities Cup arrives at Cincinnati’s Nippert Stadium.

3. LA Galaxy II (Previous: 4)
Last Week: W 4-1 at Portland Timbers 2
The Galaxy II showed off the multiple ways they can beat you on Saturday afternoon with goals from both set pieces and open play leading them to a victory in Portland. Now tied for the conference lead with Vancouver, the week off seemed to have no effect on the side as it extended its undefeated streak to eight games, and its winning streak to three.

4. FC Cincinnati (Previous: 5)
Last Week: Bye
Cincinnati had the week off from league action as it welcomed an Ohio-record crowd of 35,061 to its international exhibition with the Premier League’s Crystal Palace, but now faces arguably the biggest week of its regular season. Visits from New York on Wednesday in the USL Game of the Week on ESPN3, and then Louisville on Saturday will determine whether this side is a contender for top spot in the conference.

5. Rochester Rhinos (Previous: 8)
Last Week: W 3-1 vs. FC Montreal
The Rhinos are coming into view of the top four after a third win in the past five games that saw Christian Volesky continue his hex over Montreal. The Rhinos could bridge the gap to fourth-place Charleston on Wednesday night when they face Toronto FC II as the defending champions start to emerge as a potential contender again this season.

6. OKC Energy FC (Previous: NR)
Last Week: W 2-0 at Swope Park Rangers; W 2-1 vs. Orange County Blues FC
Energy FC did more than anyone to boost not only its playoff prospects this week, but also its contention for the top of the Western Conference. After breaking its scoring slump late against the Rangers, OKC will try to push on with a visit from Black Gold Derby rival Tulsa Roughnecks FC coming this Saturday in what looks like a fascinating clash given the Roughnecks’ recent upturn.

7. Charleston Battery (Previous: 6)
Last Week: D 0-0 vs. Orlando City B
Charleston did just enough to earn a draw in Louisville last week, but couldn’t find a way to push through and take a victory at home against a game Orlando side on Wednesday. The Battery are solidly in the playoff positions, but with the manner in which they’ve found success on home turf in their history will want to get back on track this week as Rochester starts to loom in the rearview mirror for a top-four spot.

8. Rio Grande Valley FC (Previous: NR)
Last Week: W 4-0 vs. Vancouver Whitecaps FC 2
The Toros finally broke their scoring drought, and they did it in a big way to hand Vancouver a defeat last Wednesday night to break a five-game winless streak. Rio Grande Valley now gets the week off to prepare for two big games against teams above them in the Western Conference as Sacramento (July 30) and OKC (Aug. 6) visit South Texas.

9. San Antonio FC (Previous: NR)
Last Week: W 2-0 vs. Vancouver Whitecaps FC 2
San Antonio’s six-game undefeated streak has pushed it into the top eight in the Western Conference, and came in part thanks to its backup goalkeeper as Matt Cardone filled in admirably for the suspended Josh Ford. Another big test arrives at Toyota Field this weekend against the LA Galaxy II, but with the way San Antonio has played of late another home win could be there for the taking.

10. Colorado Springs Switchbacks FC (Previous: NR)
Last Week: W 1-0 vs.  Sacramento Republic FC
The Switchbacks got exactly the result they needed against Republic FC on Saturday night thanks to J.J. Greer’s late goal, which saw the side return to form on its home turf. Thanks to Vancouver’s two defeats in Texas, Colorado Springs is now back in contention for top spot in the Western Conference, with a midweek clash against Swope Park giving an opening ahead of this weekend’s action.