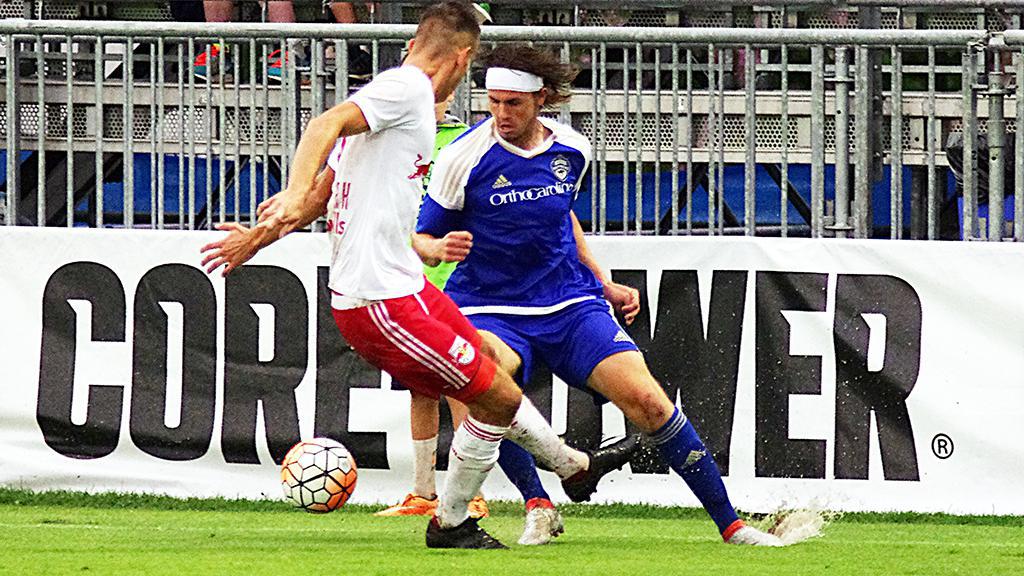 CHARLOTTE, N.C. – The New York Red Bulls II took a 2-1 victory against the Charlotte Independence on Saturday night at Ramblewood Stadium to avenge their only loss of the season so far, and move within a point of first place in the Eastern Conference. After a weather delay of more than an hour, the Red Bulls II took the lead in the 15th minute when a cross from the right by Florian Valot was headed home at the back post by Stefano Bonomo. The Red Bulls II carried the lead to the halftime break, but the Independence hit back four minutes into the second half when a turnover forced by Enzo Martinez got the ball to Brian Brown, whose cross was nodded home by Jun Marques Davidson for his first goal for the club. The Independence pressed to take the lead, but were reduced to 10 men on the hour mark when Brown was sent off for a strong, sliding challenge. Moment later, NYRBII regained the lead as Dan Metzger slotted home a shot from a corner. Charlotte looked to respond despite being down a man, and hit the crossbar through Shane Johnson with 18 minutes to go, but the Red Bulls II held on to take a big win on the road.

Stefano Bonomo, New York Red Bulls II – Bonomo scored a fine opening goal,  and proved a threat for most of the night as the Red Bulls II took a big road win.