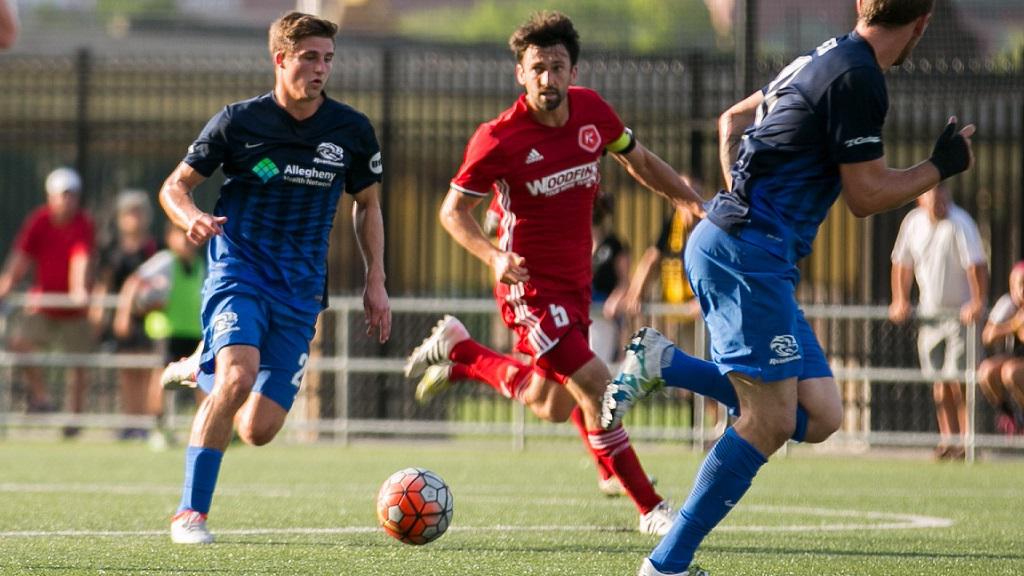 PITTSBURGH – Yudai Imura converted a penalty kick late in the first half and Sunny Jane added a second-half tally to lead the Richmond Kickers to a 2-0 victory against the Pittsburgh Riverhounds on Thursday at Highmark Stadium. It marked Richmond’s second road victory of the season. The Kickers posted a 0-5-3 road record to open the season, but now have back-to-back wins away from City Stadium, previously posting a 3-0 road win against the Harrisburg City Islanders on July 8. Richmond moves to 7-6-5 (26 points) overall in the Eastern Conference. Pittsburgh drops to 2-10-4 (10 points) overall and 2-5-1 at home. Storms moved into the area as the first half wound down. A weather-related delay at halftime then turned into a power outage throughout the area as the second half opened shortly after 10:30 p.m. ET.

USLSoccer.com Man of the Match:
William Yomby, Richmond Kickers – Though Pittsburgh didn’t threaten the net as heavily as it could have, when the Riverhounds were in striking distance, Yomby came up with a number of important clearances in both halves to maintain the shutout.