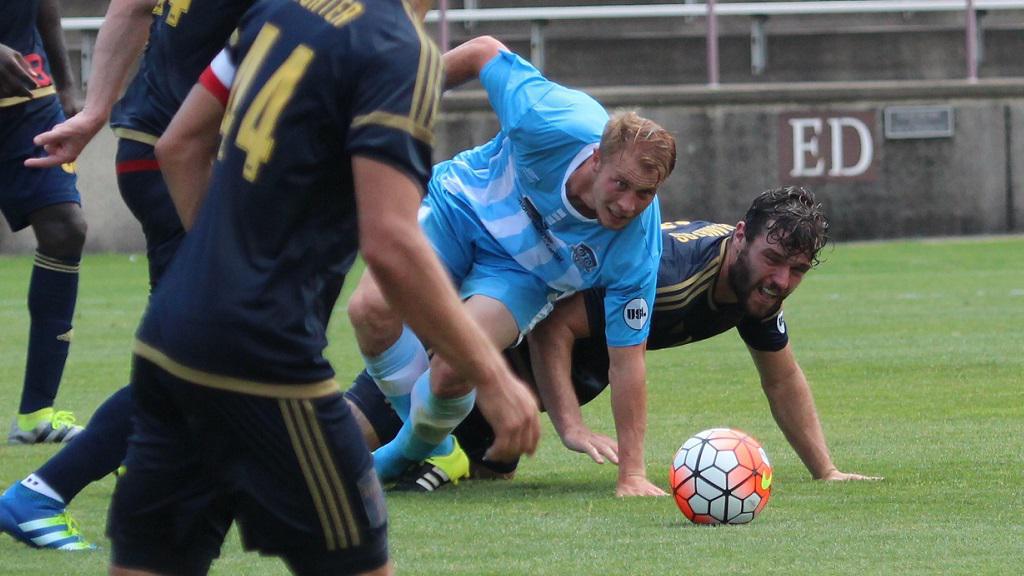 BETHLEHEM, Pa. – For the first time in club history, Bethlehem Steel FC owns a winning streak. Josh Heard and Derrick Jones each contributed first-half goals and halftime sub Gabe Gissie scored in the second half as the Steel earned a 3-0 victory against Wilmington Hammerheads FC on Thursday in an Eastern Conference matinee at Goodman Stadium. The three goals also represent a season-high mark for Bethlehem. Fresh off a 2-0 win against the Pittsburgh Riverhounds on Sunday, Bethlehem picked up where it left off as Heard and Jones tallied in the 28th and 42nd minutes, respectively, to provide the Steel with a two-goal cushion heading into halftime. The 19-year-old Gissie notched his first tally of the season in the second half. Bethlehem moved to 2-0-0 on an important six-game home stand that runs through Aug. 7. With the win, the Steel improved to 6-6-6 (24 points) overall and 4-2-2 at home. Wilmington falls to 6-6-5 (23 points) overall and 3-4-2 on the road. This was the second and final regular-season matchup between the two sides as the Steel move to 1-0-1 against the Hammerheads, following up a 1-1 draw on June 17 at Legion Stadium.

USLSoccer.com Man of the Match:
Derrick Jones, Bethlehem Steel FC - Jones led Bethlehem with four shots, including a beautiful strike into the upper right corner of the frame to give the host side a two-goal cushion.