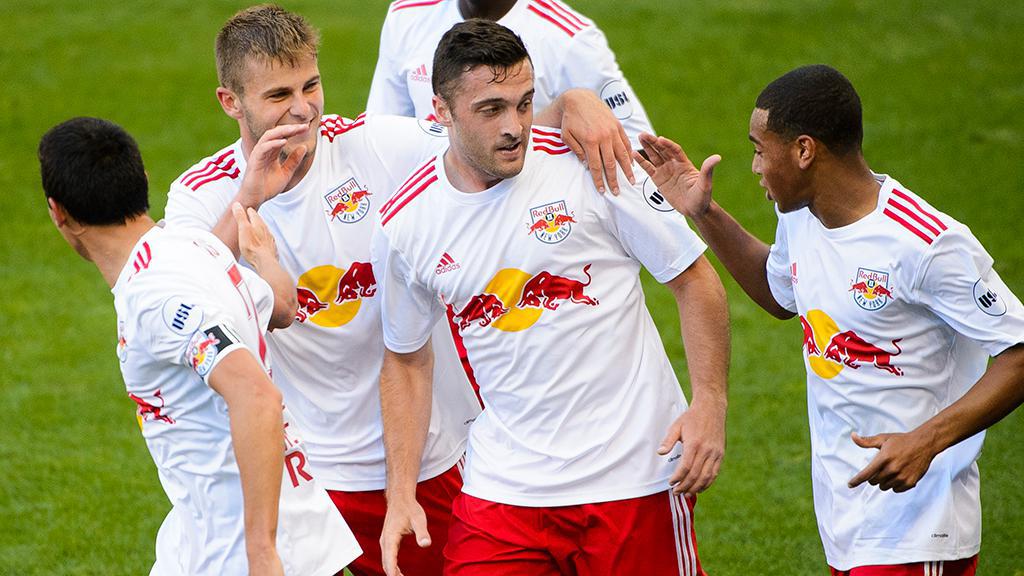 TAMPA, Fla. – New York Red Bulls II forward Brandon Allen has been voted the USL Player of the Week for the 16th week of the 2016 season after leading his side to a 4-2 victory against FC Montreal on Saturday afternoon. Allen’s hat trick powered the Red Bulls II who extended their undefeated streak to 10 games. 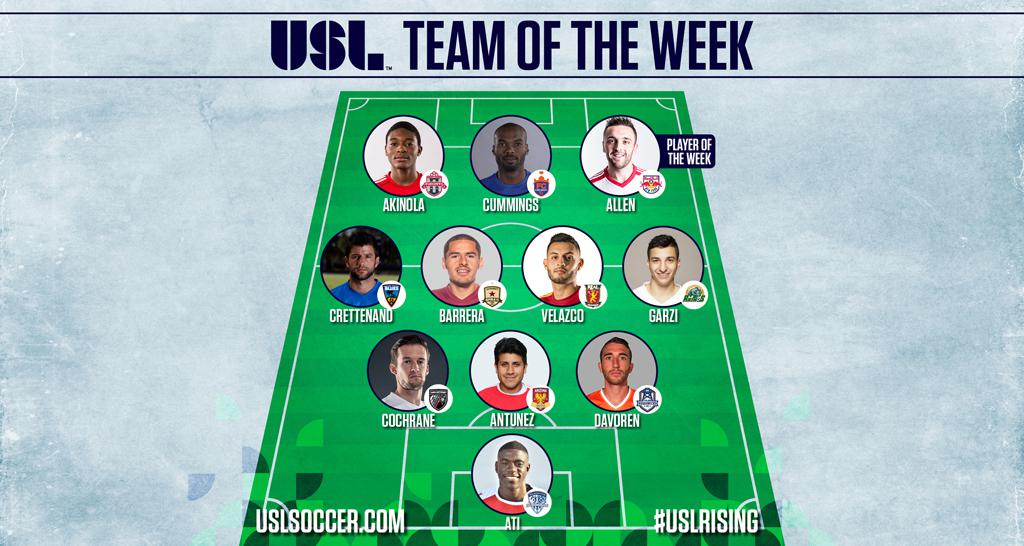 GK – Eric Ati, Wilmington Hammerheads FC: Ati made a number of game-saving stops as the Hammerheads took a 2-1 win on the road against Charlotte.

D – Daniel Antunez, Arizona United SC: Antunez put in a solid performance as United held Swope Park to two shots on goal, including one from a penalty kick, in a 1-1 draw.

M – Danny Barrera, Sacramento Republic FC: Barrera had a standout week with a goal and three assists, and now leads the USL with six assists total.

M – Didier Crettenand, Orange County Blues FC: Crettenand scored twice for the Blues as they played to a 3-3 draw on Sunday against Sacramento.

F – Omar Cummings, FC Cincinnati: Cummings had a goal and assist as Cincinnati took a 2-1 victory on the road against Saint Louis FC on Saturday night.