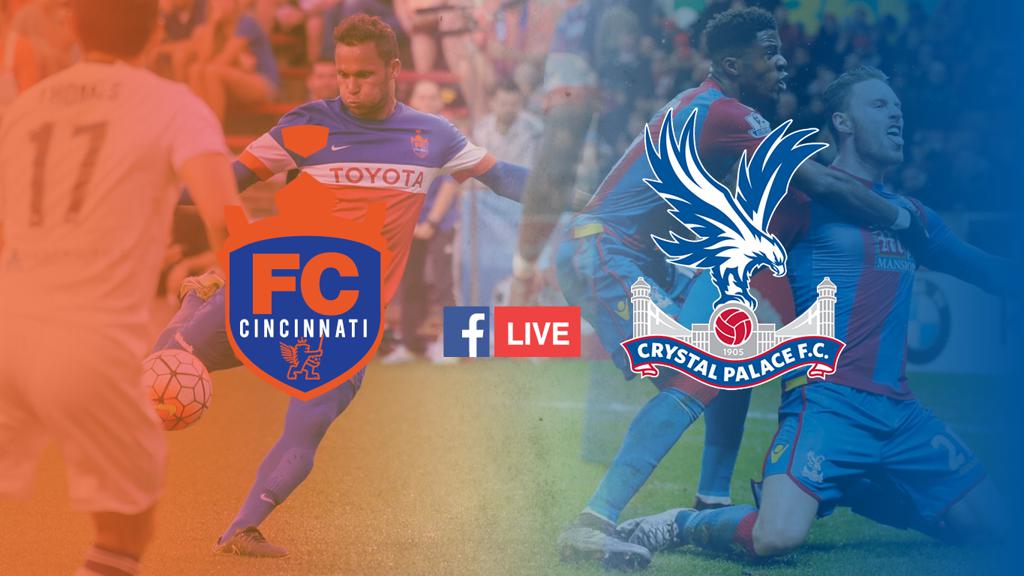 TAMPA, Fla. – The United Soccer League is teaming up with FC Cincinnati and the English Premier League’s Crystal Palace, who advanced to the FA Cup Final versus Manchester United back in May, to offer a live worldwide stream of Saturday’s international club friendly from Nippert Stadium in Cincinnati on the League’s Facebook page at www.facebook.com/USLSoccer.

The USL will support the live stream with Facebook Live video. Leading up to the game, the USL will offer 360-degree video and photographs with the 360 footage available exclusively on the League’s Facebook page following the match – offering fans an entire new experience of the game.

“This game affords us a great opportunity to put this content on Facebook as we continue to build on our fan engagement and digital first strategy,” said Jake Edwards, President of the USL. “FC Cincinnati and Crystal Palace have also been great partners in making this stream and the digital experience of the match a reality. This match allows the USL to explore opportunities for a digital distribution partner for 2017 and beyond for our more than 450 matches across the United States and Canada.”

“We are excited for the opportunity for FC Cincinnati to partner with the USL and Crystal Palace on Facebook,” said Jeff Berding, FCC President and General Manager. “This digital initiative will be a great way to introduce the FC Cincinnati experience to new fans around the world as well as showcase our players, our tremendous supporters and the incredible atmosphere at Nippert Stadium.”

Cincinnati is the second of three games that Crystal Palace has scheduled during its North American preseason tour. The club arrived in the United States on Sunday and has games scheduled against MLS sides Philadelphia Union (Wednesday) and Vancouver Whitecaps FC (July 19).

FC Cincinnati’s match is one of nine international club friendlies that USL clubs have scheduled this year: