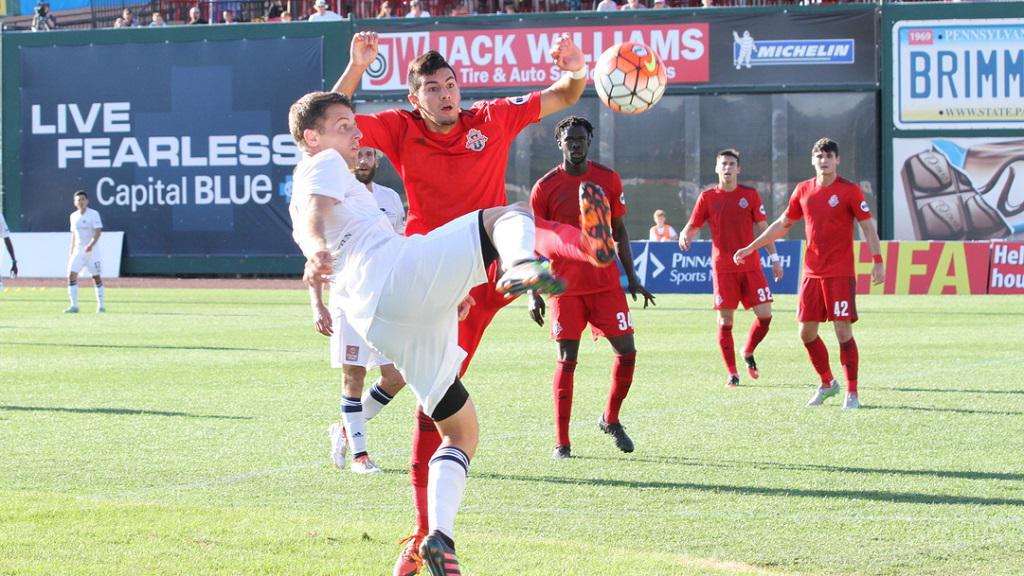 LANCASTER, Pa. – Toronto FC II cashed in on its scoring chances as Ayo Akinola scored two goals in a two-minute span during Sunday’s 4-2 victory against the Harrisburg City Islanders at Clipper Magazine Stadium. Raheem Edwards opened the scoring with a first-half goal and second-half sub Aidan Daniels tallied late as Toronto held off the City Islanders, who had beaten TFC II 2-1 earlier this season on May 24. TFC II’s four goals are not only a season high but also a club high as the team did not generate more than three goals in a match during the 2015 campaign. Toronto improves to 5-11-4 (19 points) overall and 2-7-2 on the road, ending a three-game road losing streak. TFC II has won back-to-back matches, following up Wednesday’s 3-2 victory against Bethlehem Steel FC. Harrisburg’s woes continue as its winless streak goes to nine games (0-8-1). Garret Pettis’ 57th-minute rebound and then Jose Barril’s highlight-reel corner kick goal gave Harrisburg some hope down the stretch, but the host side could not quite make up the deficit. The City Islanders are now 4-13-2 (14 points) overall and 3-6-1 at home.

USLSoccer.com Man of the Match:
Ayo Akinole, Toronto FC II – Akinole’s scoring early in the second half gave Toronto the boost it needed as TFC II fought off a City Islanders rally.