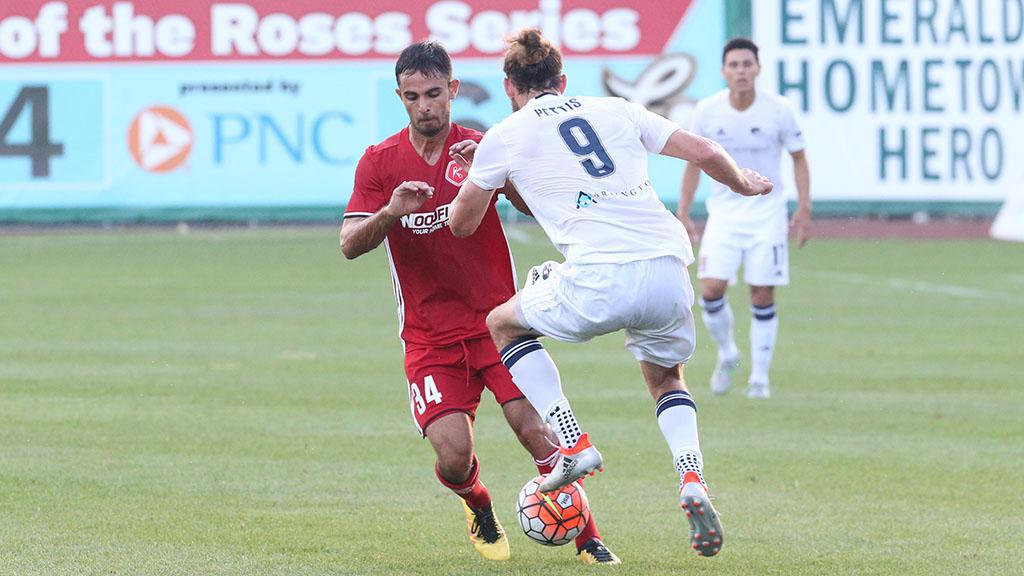 LANCASTER, Pa. – The Richmond Kickers got a goal and assist from Lucas Paulini as they took a 3-0 victory against the Harrisburg City Islanders on Friday night at Clipper Magazine Stadium. The Kickers took the lead in the 11th minute when Paulini flicked a corner kick by Yudai Imura into the top-right corner of the net, breaking a three-game scoreless streak. Sixteen minutes later, Paulini played provider as he found Sunny Jane 25 yards from goal, and Jane rifled a finish into the right corner of the net. Harrisburg came close to pulling a goal back in the second half, but the Kickers put the game away with 15 minutes to go when Mike Callahan blistered home a shot from the top of the penalty area.

Lucas Paulini, Richmond Kickers – Paulini scored the opening goal, and provided the assist on the second to give the Kickers an essential victory as they pursue a sixth consecutive playoff berth.