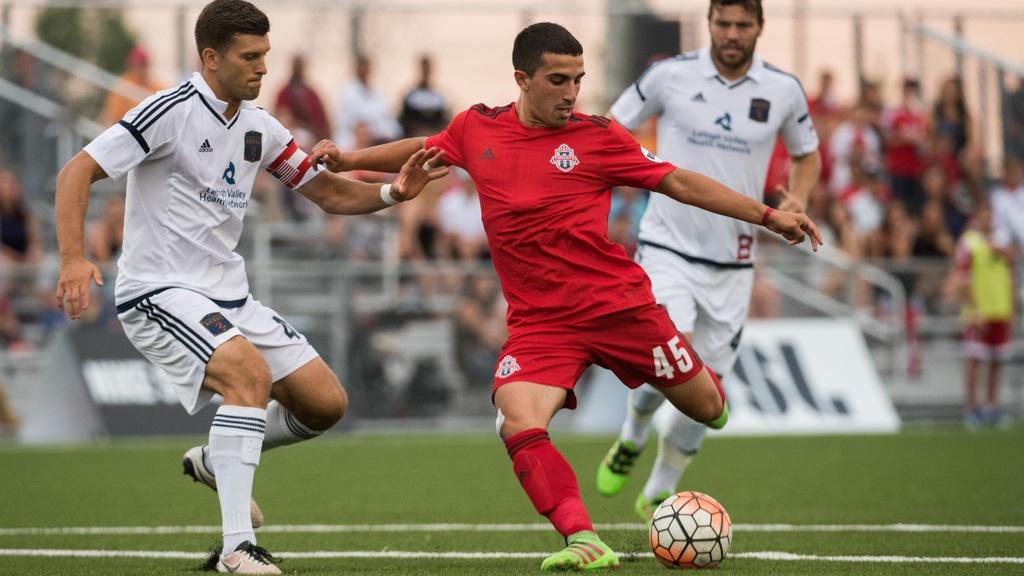 VAUGHAN, Ontario – Toronto FC II has rarely started off with early goal-scoring, but the club got a quick start against Bethlehem Steel FC on Wednesday, tallying twice in the first 13 minutes and then holding an advantage the rest of the way en route to a 3-2 victory at the Ontario Soccer Centre. The win put to end a four-game losing streak and five-game winless stretch for TFC II. Luca Uccello and Bubacarr Jobe gave Toronto a 2-0 lead with goals in the second and 13th minutes, respectively, and Liam Fraser posted a second-half score as Toronto scored a season-high three goals. Bethlehem had an answer on two occasions, with Ryan Richter scoring late in the first half and Joshua Heard scoring just three minutes after Fraser’s tally. With the victory, Toronto improves to 4-11-4 (16 points) overall and 3-4-2 at home while Bethlehem falls to 4-6-6 (18 points) overall and 2-4-4 on the road.

USLSoccer.com Man of the Match:
Liam Fraser, Toronto FC II - Fraser produced one of the biggest highlights of the night, an impressive long-distance rebound off of an initial free kick that eventually served as the game-winner.