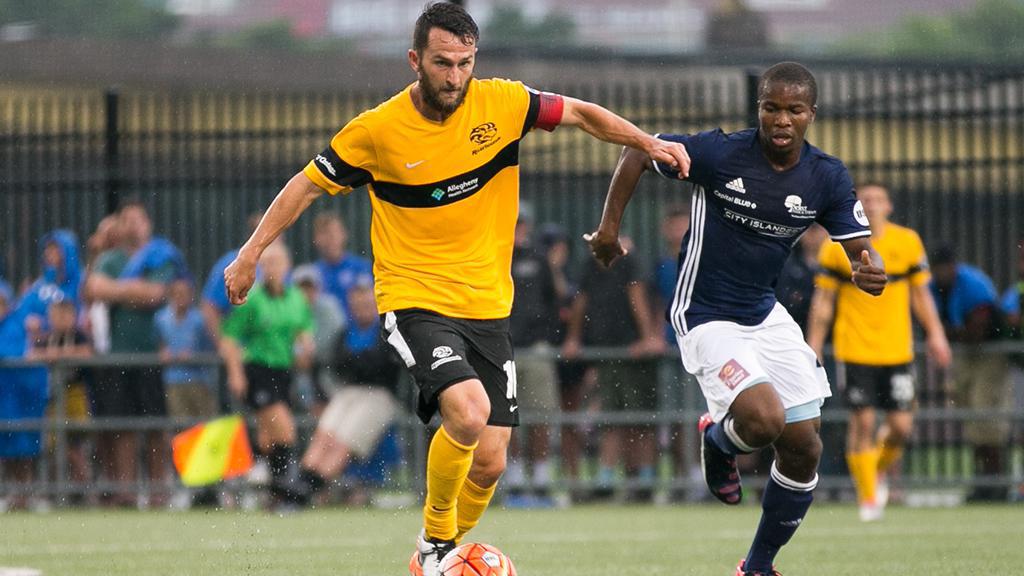 PITTSBURGH – The Pittsburgh Riverhounds and Harrisburg City Islanders played to a 0-0 draw in the first edition of this season’s Keystone Derby Cup on Monday night at Highmark Stadium. Neither side found the net in the first half, as Pittsburgh’s Zak Boggs forced a good save by Harrisburg goalkeeper Nick Noble early, while Harrisburg’s Jose Barril saw his chipped finish cleared off the line by Karsten Smith 10 minutes before the break. Barril forced a good save by Riverhounds goalkeeper Maurivio Vargas in the 62nd minute with a shot to the left corner, while City Islanders defender Shawn McLaws had to make a risky clearance over his own crossbar to deny a close-range chance 10 minutes later as the game opened up nicely. Harrisburg was reduced to 10 men when Dante Leverock was sent off late on, but the Riverhounds were unable to take advantage as the game ended scoreless.

Mauricio Vargas, Pittsburgh Riverhounds – Vargas claimed his first professional shutout with a solid performance in goal that saw him make a number of good saves in the second half to keep the game scoreless.