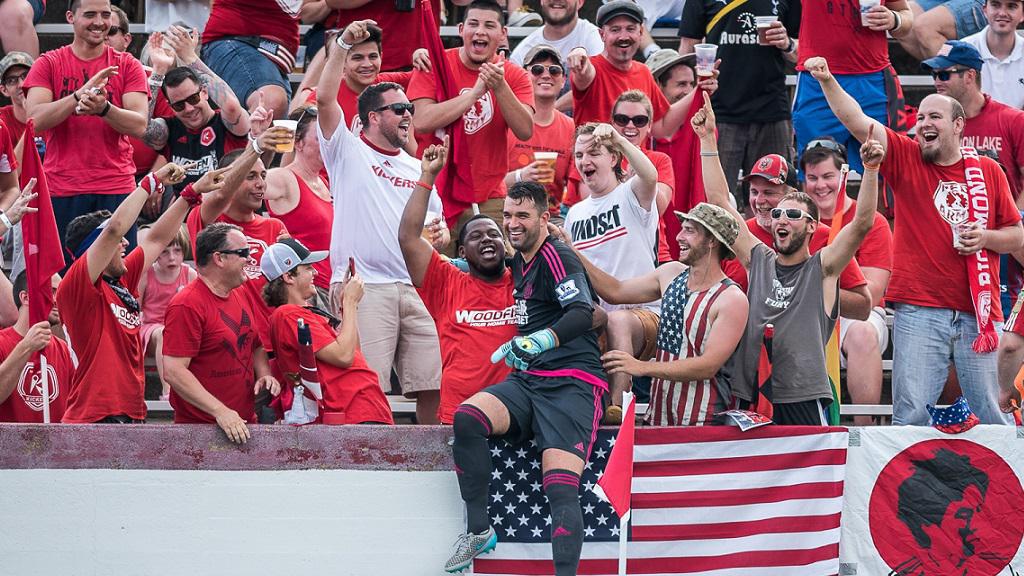 The dog days of summer are on the horizon, but they are not slowing down the schedule for a number of USL clubs. Over the next month, seven international exhibitions will be taking place, showcasing the league’s growth as a primary stopping point for some of the world’s top organizations.

Add Sacramento Republic FC’s two previous matches against Liverpool’s U-21s in late May and that brings the total to nine international games, tripling the league’s total from five years prior.

To give some perspective of just how far the USL’s international presence has grown, the league’s 2011 season – the first under its current format – featured only three total summer exhibitions for two of the USL’s clubs.

The Charleston Battery, a longtime host for international fixtures, played Portsmouth to a scoreless draw on July 27 at Blackbaud Stadium, with goalkeeper Keith Wiggans and the Charleston defense maintaining a clean sheet.

Earlier in the month, first-year USL side Orlando City SC hosted the Bolton Wanderers and Newcastle United at the Citrus Bowl. Orlando dropped a 3-1 decision to Bolton on July 17 and then defeated Newcastle 1-0 on July 23, with Kevin Molino – who was supposed to be with Trinidad & Tobago’s U-23 national team for Olympic qualifying – scoring the lone second-half goal for Orlando.

That 2011 international schedule was just a blip on the radar. Fast forward to today as the USL has become an extensive destination for top-level clubs in the midst of their preseason.

It is a challenge that Charleston Battery Head Coach Mike Anhaeuser knows will test Glasgow Rangers when the two sides meet on Wednesday, July 6, at MUSC Health Stadium.

“We have always had great matches,” Anhaeuser recently said to the UK’s Evening Times. “I will play all our guys because it is a great game for us, but we are going out to win it. They are in their preseason and will manage their players as best they can, but we will make it a great game for them and put pressure on them.”

On the flip side, for new Swansea manager Francesco Guidolin, he understands the importance of this stretch as he gets further acclimated to the Premier League club. Swansea faces the Charlotte Independence on July 13 and then the Richmond Kickers on July 16.

“Preseason is a hugely important part of the campaign, and our tour to America will really benefit us as we prepare for the 2016-17 Premier League season, Guidolin said earlier this month in a team statement. “It will be my first preseason in charge at the club, and I’m really looking forward to the training camp and also the forthcoming matches. … [The Independence and Kickers] will give us the test we need as we approach the beginning of the new campaign. It’s an exciting tour for us, and I believe we will gain a lot from it.”

The league’s growth in the number of teams hosting international exhibitions has been steady. The following breaks down the clubs that hosted such events since 2011:
2011 (2):
Charleston Battery, Orlando City SC