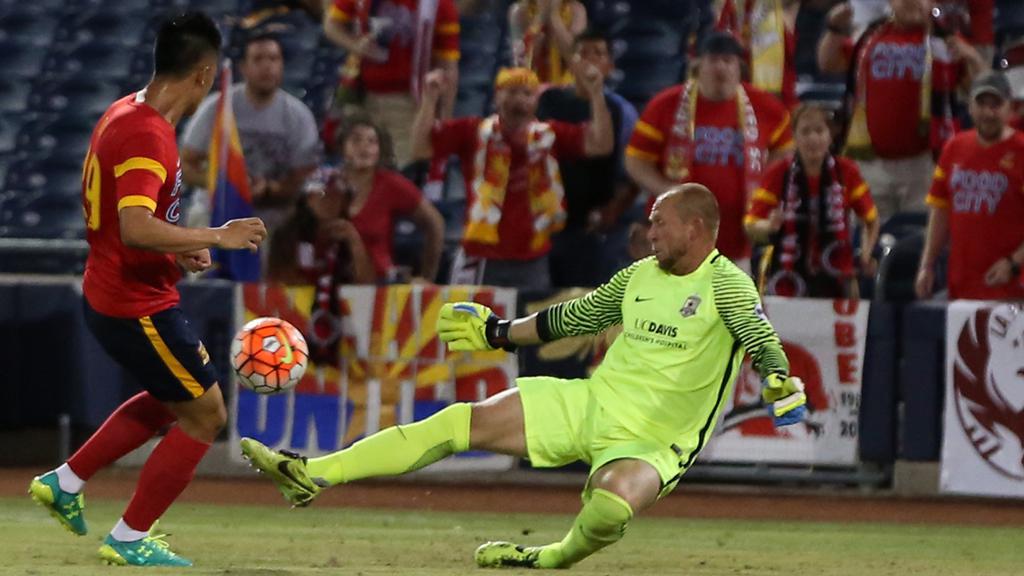 PEORIA, Ariz. – Mackenzie Pridham scored in the final minute as Sacramento Republic FC grabbed a 1-1 draw against Arizona United SC on Saturday night at the Peoria Sports Complex. Arizona had the first big chance as Long Tan was played in at the top of the penalty area, but Sacramento goalkeeper Dominik Jakubek made a big kick-save to deny him. Sacramento then came close four minutes before the break, but Tyler Blackwood tracked back to clear Cameron Iwasa’s shot off the line with a header. Tan came close again four minutes into the second half, but his shot hit the left post and was cleared, but five minutes later Blackwood controlled beautifully on the left side of the penalty area, and fired home a low finish for a 1-0 lead. Sacramento pushed for an equalizer late on, and after some good pressure it finally arrived in the final minute as Pridham headed home Danny Barrera’s cross to earn his side a point.

Tyler Blackwood, Arizona United SC – Blackwood put in a big two-way performance, including a clutch goal line clearance and the opening goal of the game, as Arizona extended its undefeated streak to five games.