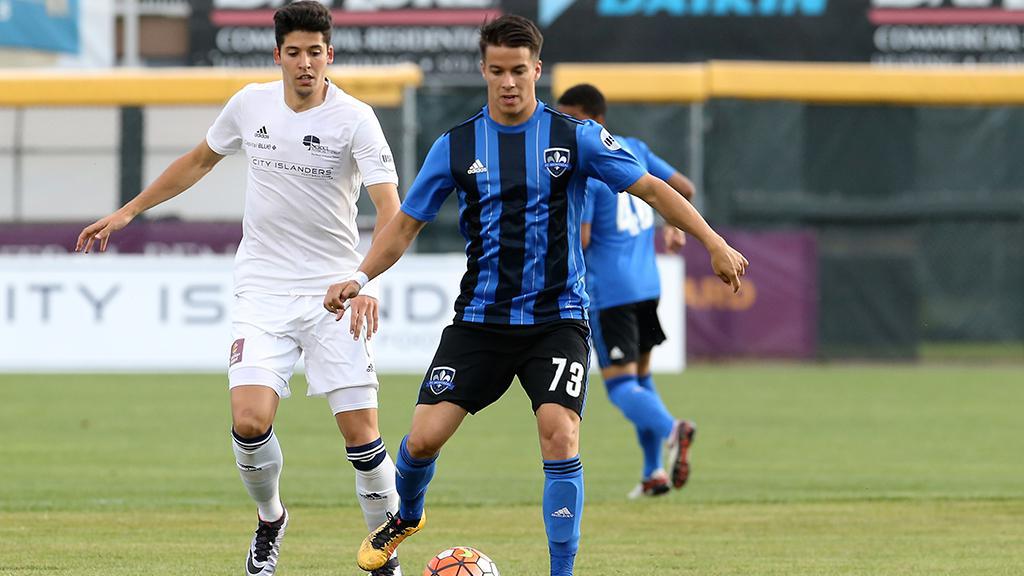 HARRISBURG, Pa. – FC Montreal held off a late charge by the Harrisburg City Islanders to take a 3-2 victory at FNB Field on Tuesday night for its second win of the season. The City Islanders had the bulk of possession, and chances to take the lead, but Montreal struck first on the half-hour mark as Mastanabal Kacher scored on a great solo effort that saw him drive forward from midfield fire home from 25 yards. Montreal added two more goals through the efforts of Anthony Jackson-Hamel, who first provided the assist on Zachary Sukunda’s finish six minutes into the second half, and his third goal in as many games six minutes later. Harrisburg fought back late, as Aaron Wheeler headed home a pair of crosses by James Thomas – the second on a corner with nine minutes to go – but with the final chance of the game on a header by Shane Johnson hit the left upright off a corner to see their chance of a point go astray.