Club extends unbeaten streak to 13 in front of 7,066 at Slugger Field 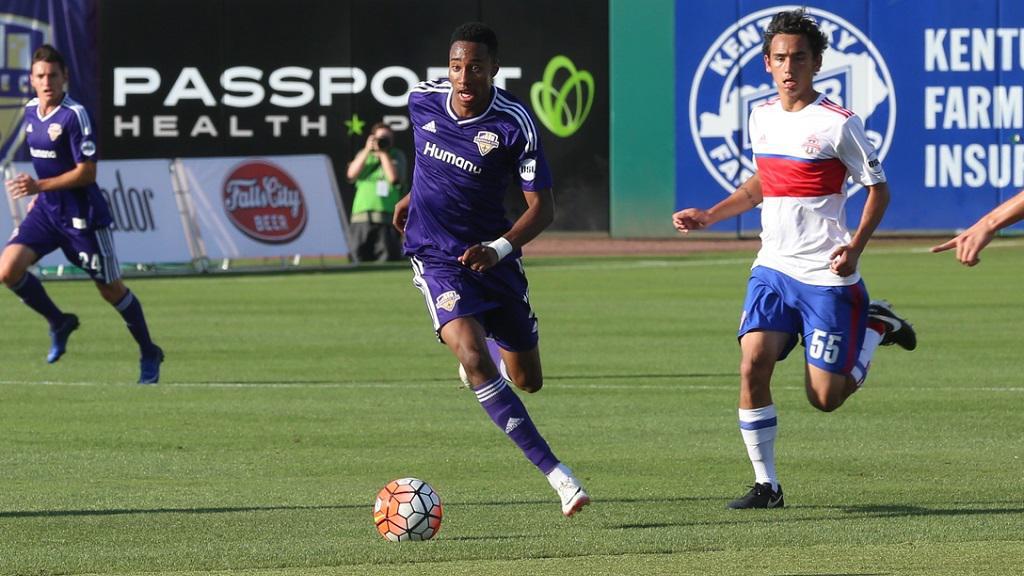 LOUISVILLE, Ky. – After enduring a grueling, low-scoring 1-0 road victory against the defending champion Rochester Rhinos last week, Eastern Conference-leading Louisville City FC enjoyed one of its more customary offense-heavy affairs Tuesday. Louisville darted out to a 3-0 halftime lead and went on to defeat Toronto FC II 4-1 in front of a crowd of 7,066 at Louisville Slugger Field. The victory extended Louisville’s league-leading unbeaten streak to 13 games (9-0-4). Guy Abend netted a first-half brace and then Niall McCabe added a goal as Louisville built a three-goal cushion by the 26th minute. For McCabe, he has scored against Toronto in three consecutive matches – the 2-0 win on May 4 earlier this year and the 3-2 win on Aug. 1, 2015. Tarek Morad contributed his first goal of the season in the second half. Louisville improves to 10-1-4 (34 points) while Toronto falls to 3-9-4 (13 points) as Shaan Hundal garnered a consolation goal late in the second half. Louisville improves to 4-0-0 all-time against TFCII and now looks ahead to its River Cities Cup match against rival FC Cincinnati on Saturday.