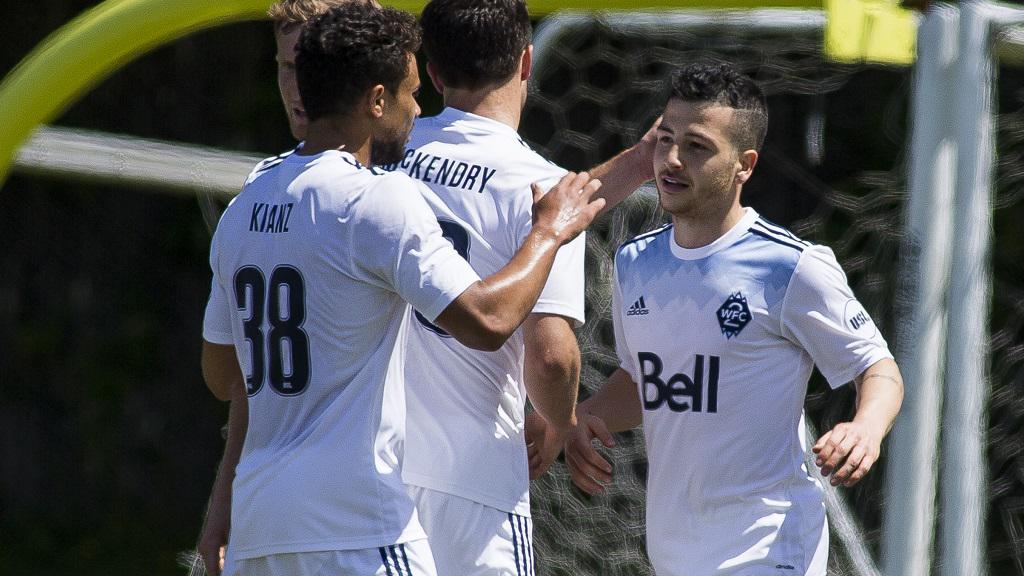 VANCOUVER – Vancouver Whitecaps FC 2’s leading goal-scorer from a year ago Marco Bustos finally opened his 2016 goal-scoring account, and he did so with authority. Bustos tallied two goals in the first 23 minutes as WFC2 held on late to defeat the Swope Park Rangers 3-2 on Sunday at UBC Thunderbird Stadium. Vancouver’s 15-year-old prodigy Alphonso Davies tallied in the 80th minute, a crisp left-footed strike into the upper left of the frame, for his second tally of the year and ultimately the game-winner. Vancouver ended a two-game skid after it had opened league play with a 6-0-4 record. WFC2 moved ahead of Colorado Springs Switchbacks FC and back into sole possession of first place in the Western Conference with a 7-2-4 record and 25 points. Swope falls to 4-6-2 (14 points), but the side made things incredibly interesting at the close with late goals from Mark Anthony Gonzalez and Kris Tyrpak. Vancouver goalkeeper Marco Carducci was the savior at the end, making a glove save that ricocheted off of the left post to help his side grab the three points on the final sequence of the game. WFC2 wins the season series against the Rangers, previously earning a 2-1 win on April 27 at Swope Soccer Village.

USLSoccer.com Man of the Match:
Marco Bustos, Vancouver Whitecaps FC 2 – Bustos’ first two goals of the season were a welcome sight for WFC2 as he showed some pep to his step in both halves Sunday.