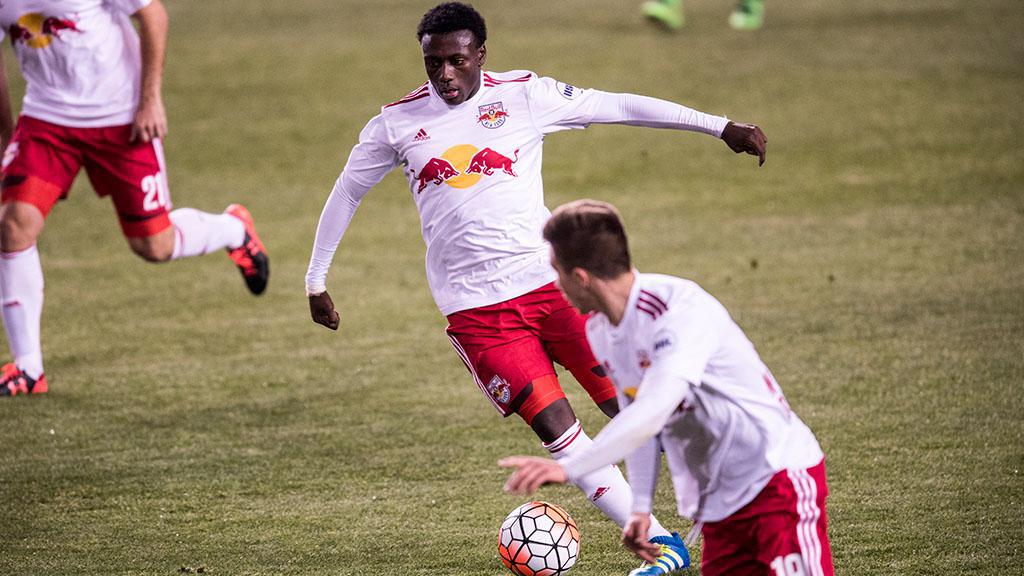 BETHLEHEM, Pa. – The New York Red Bulls struck quickly again, as they took a 1-0 victory against Bethlehem Steel FC on Sunday evening at Goodman Stadium. The Red Bulls II (7-1-3, 24pts) grabbed the early lead for a second consecutive meeting, as a long ball forward by Gideon Baah found Brandon Allen between two defenders, and the rookie finished well into the right corner. The Steel (3-4-4, 13pts) came into the game more in the second half, although their momentum was stalled by a 90-minute lightning delay, and Fred hit the crossbar with 10 minutes to go after a save by NYRBII goalkeeper Ryan Meara.  The Red Bulls II were able to hold on, however, to take their third consecutive 1-0 victory.

Derrick Etienne Jr., New York Red Bulls II – The dynamic midfielder didn’t find his way onto the scoresheet, but he threatened throughout the game, his battles with Steel defender Mickey Daly making for particularly compelling viewing.