Sacramento, LA square off for latest chapter in burgeoning rivalry at Bonney Field on Saturday 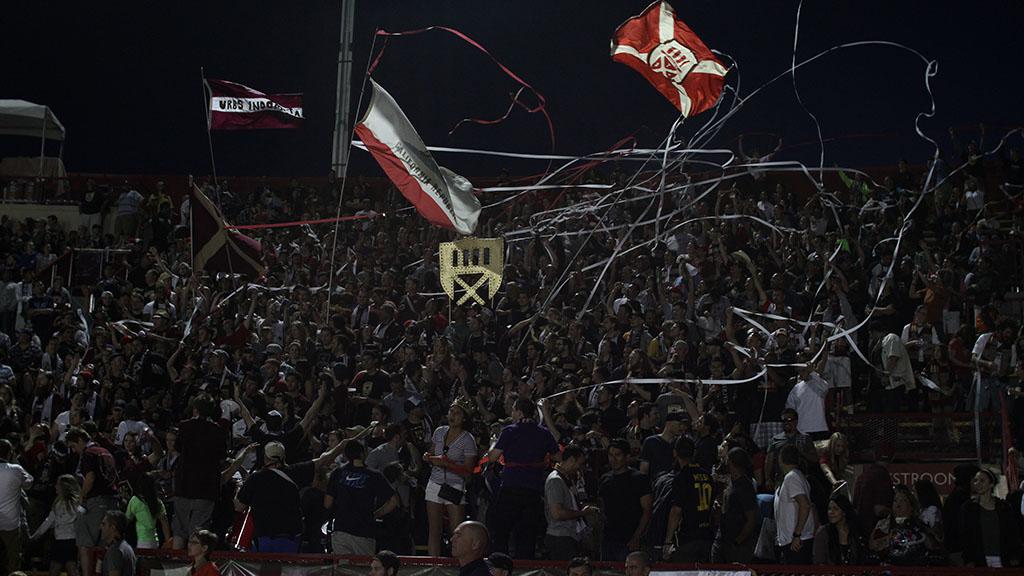 The latest instalment in the growing rivalry between Sacramento Republic FC and LA Galaxy II takes place at Bonney Field on Saturday night (11 p.m. ET | Match Center), and it should serve up another cracker.

The game will be the second meeting this year between the two sides, following Sacramento's 2-0 win at LA on May 7th, and the 10th regular season meeting overall, in what has become a very heated derby game in a short period of time, and one of the best rivalries in all of USL.

"I think that sport, especially soccer, it lends itself to rivalries," Sacramento Head Coach Paul Buckle told USLsoccer.com. "It's healthy. It bring a smile to your face, it brings a smile to mine. It's what the fans want to see. It's very normal in Europe and I think we're seeing it now between Sacramento and LA II.

"There's been some great games between the two teams. They got the better of us in the playoffs last season, we got the better of them at their place 2-0. By virtue of seeing how many Sacramento Republic fans turned up for an away game speaks volumes for the rivalry and there's a clear understanding that this is a derby match."

Republic FC’s win last month was their sixth against LA in the regular season over the past two years. The Galaxy have won just two of their nine league encounters so far, with one draw, which came in the very first meeting between the two teams.

The victory was also incredibly the sixth success by an away side in the derby. Home field advantage seems to go out the window when these two sides meet, with the desire to get one over on their rivals at their place in full flow.

Los Dos captain, and leading scorer, Jack McBean admits the games give the visiting side extra motivation and he loves going to play against Republic FC at Bonney Field.

“It’s a good place to play,” McBean told USLsoccer.com. “The atmosphere that they have there is second-to-none in the league, with their fans and their nice stadium. With everything they have to offer, whenever we play up there, it feels like a real game.” 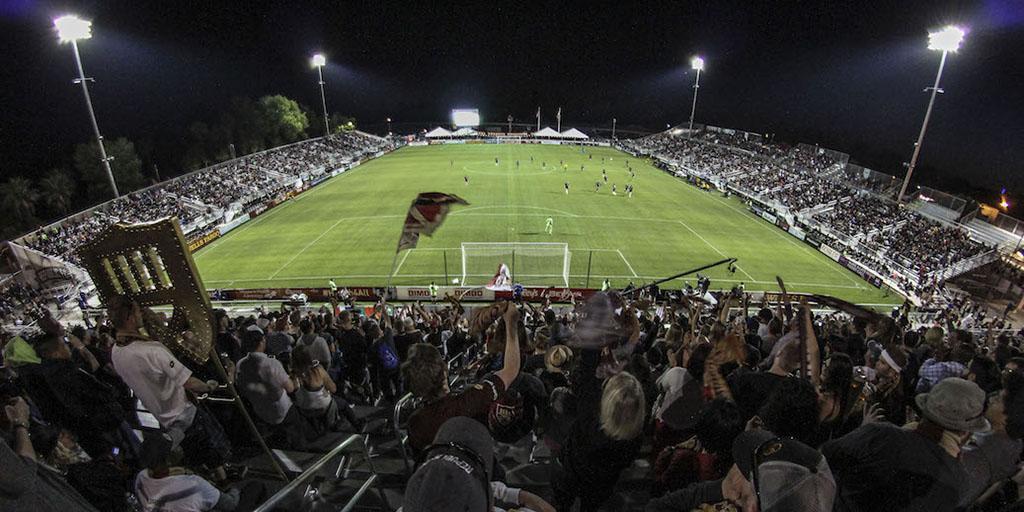 Adding fuel to an already roaring rivalry fire has been the fact that the two teams have also clashed in the playoffs the last two years. Both matches were barnstormers, producing six goals, three of them coming from penalty kicks.

In 2014, Sacramento came from two goals down to score twice in the final six minutes of the Playoff Semifinals, on the way to winning the USL Championship. The Galaxy II responded last year by knocking the defending champions out 1-0 on their home patch, in a game which saw seven bookings as tensions rose.

"And those playoff games, where if I'm right in saying, all the goals were set plays. We come from behind, we then lose from a penalty, it all adds to the history, to the relationship between the two clubs and the derby atmosphere. Both teams have played in great spirit in the games that I've been involved in and we look forward to another great game at Bonney Field on Saturday night."

That's a feeling also echoed by McBean, who missed the 2014 game through injury but played in the Galaxy’s success in Sacramento last season.

“We’ve met in the playoffs each of the last two years and the games have been super intense,” McBean said. “They won the first year and won the whole thing, and we won last year, so I think that adds to it. We’re both teams that are always towards the top of the West, at least for the last couple of years. We have guys who don’t like their guys and they don’t like us, so that kind of adds to the rivalry.” 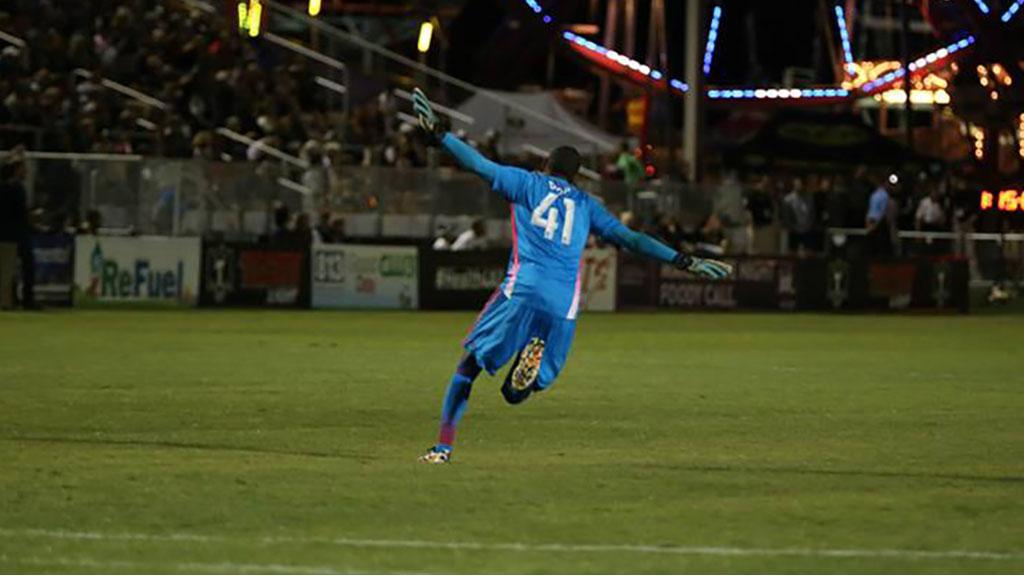 Both teams’ managers have taken part in a number of rivalry games around the world as players and just the mention of derbies brings a smile to Buckle's face and brings back some great memories.

"My experience of derbies as a player was good," Buckle revealed. "I scored in a derby for Exeter against Plymouth. 14,000 there on New Year's Day. It was a great experience. You know what it means to the fans and certainly our players know what this game means to our fans."

Buckle still gets the same buzz from derby games as a manager, although there's a slightly different approach to proceedings when you're kicking every ball from watching on the sidelines instead of being able to do it on the pitch.

"It's a similar feeling," Buckle said. "You want to win it, you want bragging rights. It was a nice feeling down in LA beating them and I think it would have been quite a nice feeling for them likewise when they beat us at our place in the playoffs.

"It's one where you probably don't have to do too much motivational work with the players when you've got our fans, who are up for it every game anyway, and even more up for it against our local rivals. It makes for an exciting game. I think the biggest thing you have to do is to try and keep a lid on things and make sure we get the job done like we did down in LA."

It's said that familiarity breeds contempt. You can argue that's very much the case when it comes to soccer derbies, especially amongst the fanbases. Four regular season meetings a year will do that, never mind the heat of battle that the playoffs bring.

Off the pitch though, there's a lot of mutual respect between the two clubs and they both know the importance of the Sacramento-LA derby matches to growing the game and the clubs in their local markets, as well as the boost such an intense rivalry gives to the league.

"It's raising the bar all the time with the league. We're two big clubs within the Western Conference, going head to head again, which will be the talk of the USL I'm sure this weekend." 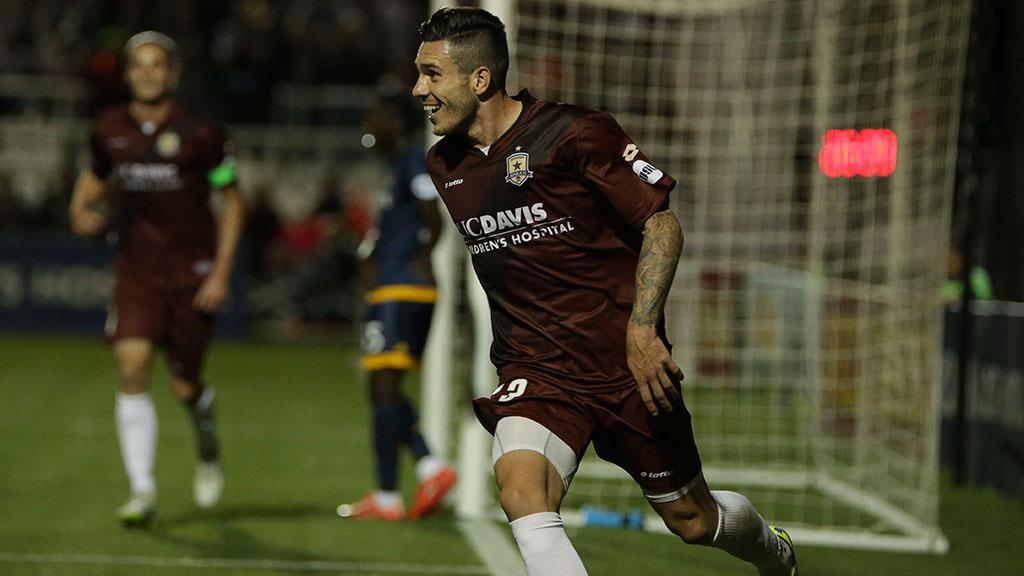 McBean agrees, and feels the games help to grow the profile of both clubs and the league.

“It only helps it,” McBean said. “Whenever there’s a rivalry, it’s always for a reason. We’re rivals because we’re both good sides and we both [badly] want to win. The games are intense.”

With all the MLS chatter surrounding Sacramento right now, it might not be too long before their rivalry with LA writes another chapter in it's history with the Galaxy's first team. Factor in the already burgeoning rivalry they have with nearby San Jose, and that's some ready made fireworks in store for when Republic FC doed make the jump.

"Oh absolutely," Buckle enthused. "The close proximity between all of the clubs turns it into a derby. In the massive country that we live in, it's a little bit different in terms of closeness, but you've got San Jose, who have been great to us with the affiliation.

"When we do go MLS, there will be a healthy rivalry there and I think this rivalry [with Los Dos] will continue on to LA's first team and that will be a spectacle because the games are big now, but they'll only get even bigger."