Expansion club excited for partnership with mayor, city on stadium 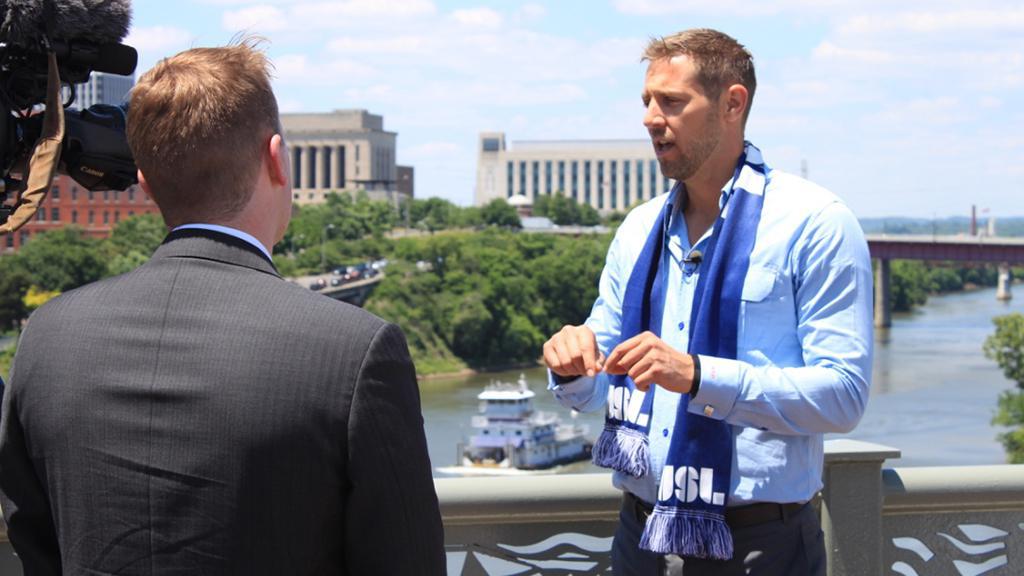 NASHVILLE, Tenn. – USL Nashville 2018 was unveiled on Thursday morning as the latest expansion franchise in the fast-growing league, with strong local ownership group DMD Soccer eager to get to work on building a club the city will embrace when it makes its debut in two years.

“The team and I are ready to work with the soccer community, city leaders and additional investors in the months ahead as our USL franchise becomes Nashville’s next great success story,” investment group member Marcus Whitney told The Tennessean in a story that appeared on Thursday morning.

Rumored as an expansion target for the USL, the news was finally made official by the league on Thursday morning that the new organization was set to join the league in 2018. Led by David Dill, the President and Chief Operating Officer of LifePoint Health, Whitney, the President of Jumpstart Foundry, and Christopher Redhage, the co-founder of ProviderTrust, the club is set to unveil its vision for the club at an event next month.

“The rise of soccer support in Nashville coincides with our reputation as a vibrant, welcoming city," Barry said in the USL’s press release. “My administration has been committed to supporting the growing number of soccer players and fans in Nashville, and the news today is another example of how our city is on the fast track to being a premier city for soccer in the Southeast.”

“We want to work with the mayor’s office, and we’re going to let the mayor take the lead on that,” Whitney told The Tennessean. “The mayor just put forth a budget. There are many, many things that she and her administration are working on right now, but we are excited to have an opportunity to work with the mayor.”

The club is also aiming to forge a relationship with local club Nashville FC, of which Whitley was previously the Chairman. Following the announcement of the award of the USL club to DMD Soccer this morning, Nashville FC offered its support for the new team.

“We want you to know that as Marcus worked on our behalf to bring professional soccer to Nashville that he has kept our board apprised of the developments with DMD Soccer,” a statement from Nashville FC President Chris Jones and new Chairman Chris Ferrell read. “We are all excited about the news that DMD has been awarded a USL franchise for Nashville!”