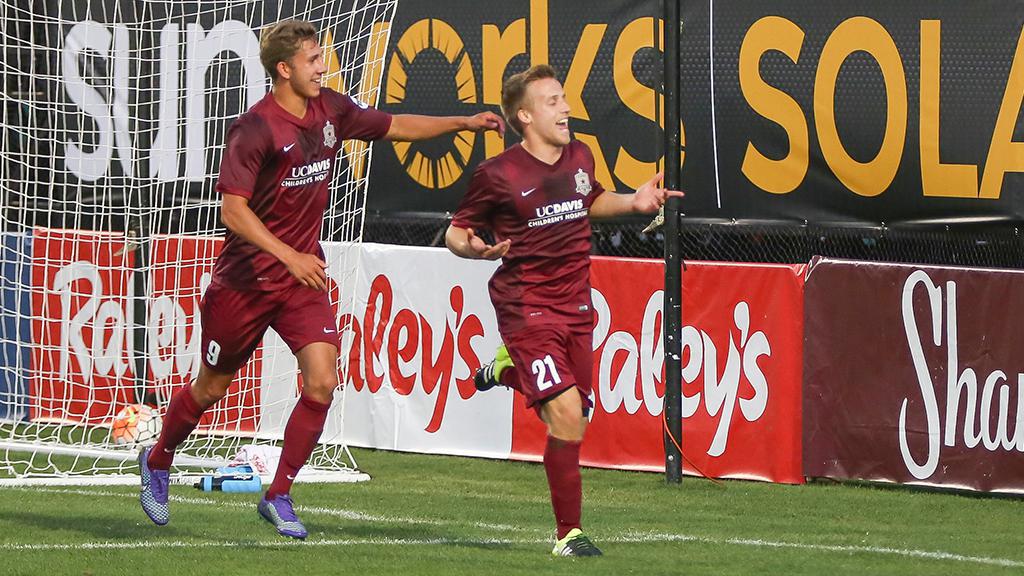 TAMPA, Fla. – Sacramento Republic FC midfielder Tommy Thompson has been voted the USL Player of the Week for the eighth week of the 2016 season after leading Republic FC to its second consecutive win on Saturday. Thompson scored both goals for Sacramento as it defeated Seattle Sounders FC 2 in front of a sellout crowd of 11,569 at Bonney Field. 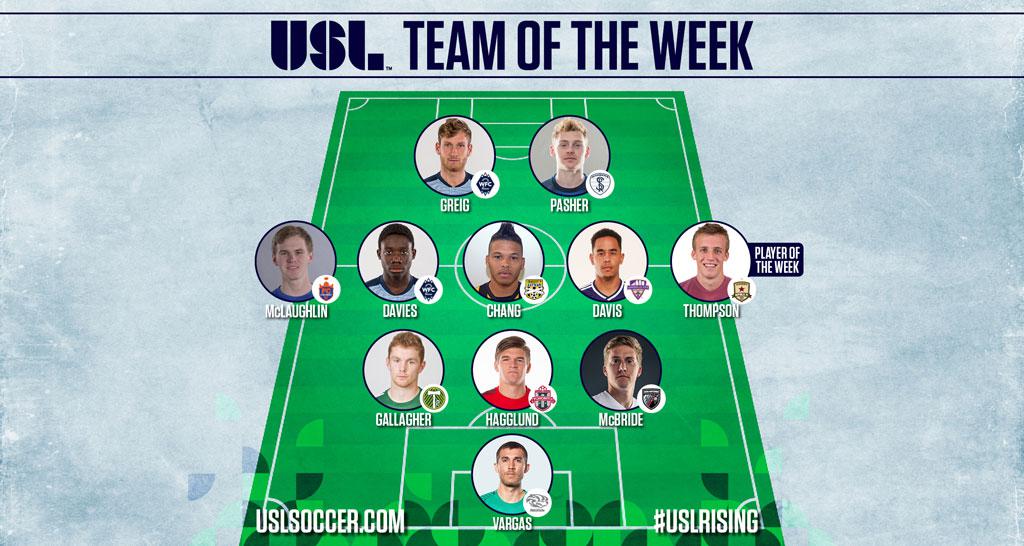 GK – Mauricio Vargas, Pittsburgh Riverhounds: Vargas kept his side in the game against Cincinnati, recording eight saves, including several spectacular ones at Nippert Stadium.

D – Sam McBride, San Antonio FC: McBride put in a consistent performance throughout as San Antonio earned a point on the road against OKC Energy FC on Sunday night.

D – Michael Gallagher, Portland Timbers 2: Gallagher put in a strong defensive shift on the road against Colorado Springs, and almost found a late equalizer for T2 in the USL Game of the Week on ESPN3.

M – George Davis IV, Louisville City FC: Davis scored his first goal for Louisville, and was a threat offensively all game as City took a 2-0 win against Saint Louis FC.

M – Maikel Chang, Charleston Battery: Chang had a goal and assist as the Battery defeated Toronto 2-0 on Saturday to add to his assist in Charleston’s win against Harrisburg on Monday.

M – Alphonso Davies, Vancouver Whitecaps FC 2: Davies became the youngest player to score in the USL’s history at 15 years of age as WFC2 took a 4-3 win against the LA Galaxy II.

M – Jimmy McLaughlin, FC Cincinnati: McLaughlin had a standout performance in front of a record crowd at Nippert Stadium, and scored the lone goal in Cincinnati’s win against Pittsburgh.