Almost 8,000 fans on hand to see opening match in King’s Cup this season 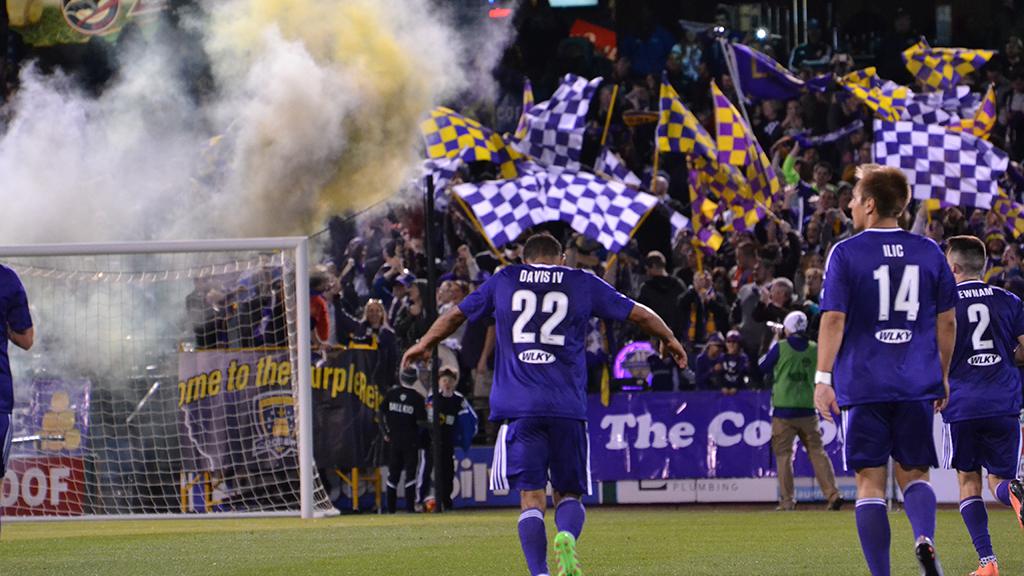 LOUISVILLE, Ky. – The return of the King’s Cup rivalry brought a season-high crowd of 7,859 fans to Louisville Slugger Field, and the majority of the fans got to go home happy as Louisville City FC took a 2-0 victory against Saint Louis FC to maintain its lead at the top of the Eastern Conference on Saturday night.

Another strong performance on the field, which saw Louisville extend its undefeated streak to seven games, was again matched in the stands as the Louisville Coopers cheered their side on the victory late on.

“Our fans are among the best in USL and create one of the best playing environments across the league,” said Louisville President Amanda Duffy after the game. “Their fantastic support was once again on display tonight in a key rivalry matchup and will undoubtedly continue to grow as we enter the heart of the season and look to make a statement on and off the field.”

The support in the stands certainly seemed to carry the hosts on as the game progressed, as Louisville sustained good spells of pressure after Saint Louis had opened the second half brightly. George Davis IV had a shot turned aside just before the hour-mark, while Ben Newnam got two bites at the cherry as his first shot was blocked before the second went wide 10 minutes later.

Facing a strong Saint Louis defense that had recorded three consecutive shutouts coming in, it was going to take something special for Louisville to take the lead, and they finally found it with 13 minutes to go. Davis IV began and ended the move, as Paolo DelPiccolo’s deft pass found him breaking into the left side of the penalty area, and the three-time USL All-League selection provided a perfect rainbow into the right side of the net. On a rainy night, the goal definitely brightened the home fans’ mood.

“I looked at the clock right before the [first] goal and thought, ‘Alright, we’re coming down to the end of the game. We really need to hit the gas,’” Davis said. The goal was the former University of Kentucky standouts first for City, as the assist coming from the University of Louisville alum DelPiccolo for a true Bluegrass connection. 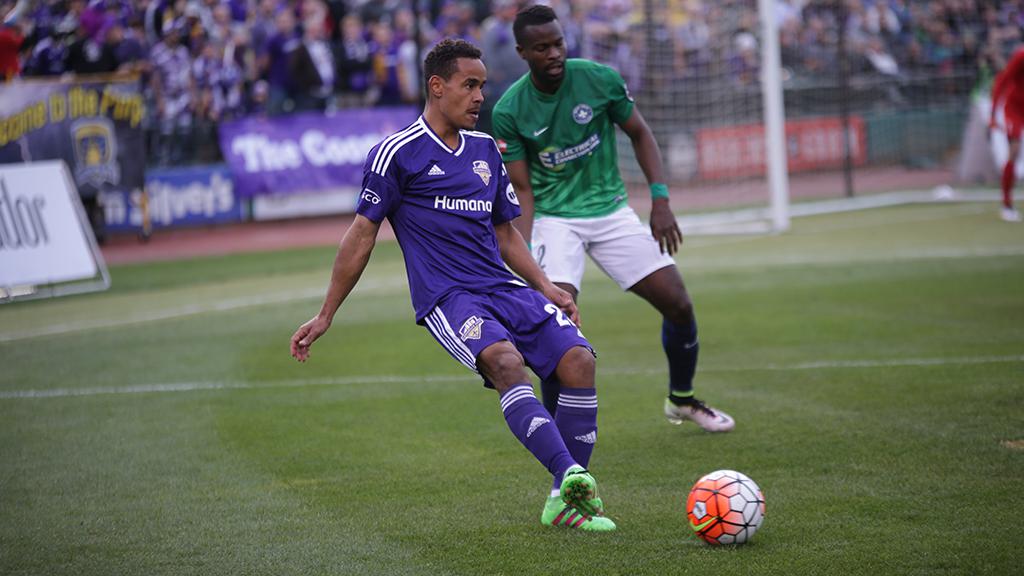 “It feels good,” Davis said of notching his first goal for Louisville. “We’re nine games into the season now, so I would’ve like to have hit the back of the net earlier. But, it’s important to be patient and wait for my time.”

Louisville got an insurance goal late on as Cameron Lancaster converted from the penalty spot after being brought down in the penalty area by Saint Louis goalkeeper Mark Pais, moving into a strong position to retain the rivalry trophy it claimed on goal difference from Saint Louis last season. STLFC Coach Dale Schilly said he was disappointed in the way his side managed the game late on with a point potentially there for the taking.

As it is, Louisville appears to be ready to continue its run of form into the Lamar Hunt U.S. Open Cup on Wednesday night, as it hosts Detroit City FC in the second round.

“We’ll approach Detroit City just like we do any other team in the league,” Davis said. “I know the Open Cup is important to all of us. It’s a great opportunity to move on, play some MLS teams and get some exposure. We want to win, so we’re not going to treat Detroit City different than we would any other team.”

After its last game at Slugger Field in the month of May, Louisville will be hoping the emotion of Saturday night’s win and atmosphere will carry the side forward as it enters a key stretch of the season still on top of the Eastern Conference.