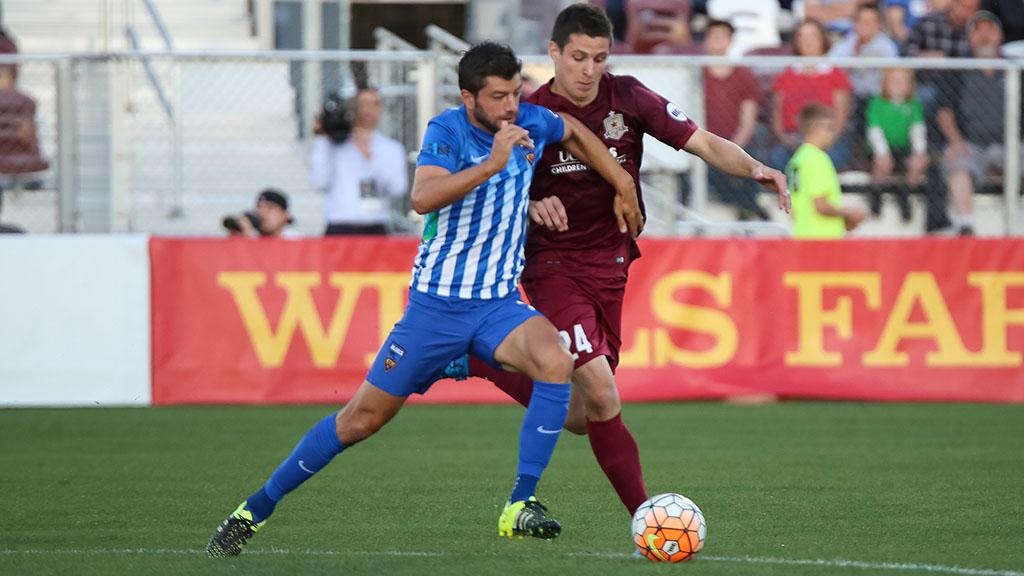 SACRAMENTO, Calif. – Orange County Blues extended its undefeated streak to four games as a first-half goal by Pavle Popara earned a 1-0 victory against Sacramento Republic FC in front of a sellout crowd of 11,569 fans at Bonney Field. The Blues emulated their victory a season ago at Bonney Field, as they claimed their third consecutive win.

Sacramento opened the game on the front foot, and went close to an opening goal in the sixth minute when Octavio Guzman’s pass up the field to Tommy Stewart. The Irish forward flashed a low cross through the penalty area, but Cameron Iwasa was unable to get a final touch to the delivery.

As solid as Republic FC appeared early on, though, it was Orange County which took the lead in the 16th minute. A turnover in midfield allowed the Blues to break forward, and the ball came to Pavle Popara alone for a shot into the left corner of the net to give the visitors the lead.

Sacramento looked to get back into the game quickly, but was unable to find a final connection in the penalty area as Blues goalkeeper Brandon Miller dealt with a pair of free kicks to keep his side ahead at the break.

Republic FC continued to press in the second half, but didn’t create a major chance until another near-miss in the 62nd minute. Emrah Klimenta’s header went through the penalty area, but a teammate couldn’t turn it home.

Orange County had its chances to add to its lead in the second half, and almost did so when Trevin Caesar broke onto a pass with 10 minutes to go, but Republic FC goalkeeper Dominik Jakubek smothered his shot and the defense cleared.

Arguably Sacramento’s best chance of the night came in the final minute, as a slide-rule pass by Iwasa found an overlapping Kip Colvey in the right side of the penalty area. Colvey’s low cross went through the six-yard area to Mackenzie Pridham, but the forward’s shot jammed into the ground, allowing Miller to recover his ground from the opposite post and safely gather.

That would be all for the hosts, however, as they suffered a third consecutive defeat for the first time in club history.

Pavle Popara, Orange County Blues FC – The midfielder pulled all of the strings in attack, and was rewarded with his first goal of the season, as the Blues made it two wins out of two in their last two visits to Bonney Field.