Alfaro Pushing On with S2 after "Challenging" Start

Rookie defender has played every minute so far for Seattle 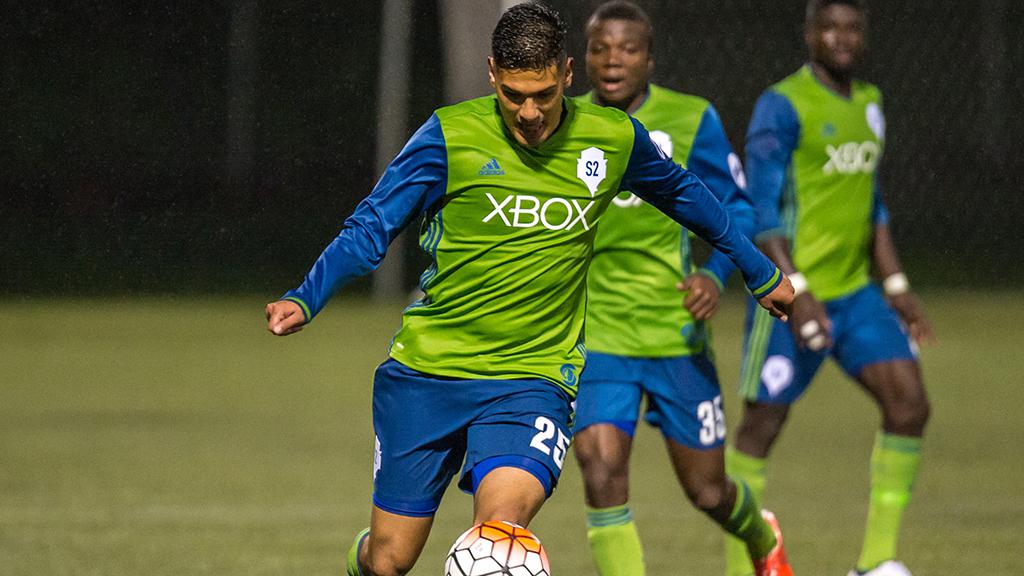 It's been a tough start to the season for Seattle Sounders FC 2. With three consecutive home losses to kick off the new campaign, and without a goal to their name, Seattle was looking a much different proposition to the team that made the playoffs in the club’s inaugural USL season.

But with four points from their last two matches, including their first win of the season last weekend at home to Colorado Springs Switchbacks FC, the signs are there that Ezra Hendrickson's men are starting to turn things around.

You don't have to look too hard into the stats to find reasons as to why it's taken S2 a little time to find its feet. With a wealth of new faces on the squad, and 25 players having already seen minutes this season, cohesion and understanding will take time to come.

"I think it had a lot to do with chemistry with the team," central defender Tony Alfaro told USLsoccer.com. "Also the first couple of games it was a lot of different faces, new faces, with the team.

"It was hard adjusting every game to see who was on the field, but we're on a better page now. We're on a better understanding as a team and individually we know the roles of each players, so it's been working out nice now."

Alfaro is the only player to have played every minute of every game for S2 this season. Much like the team itself, he's shown improvement match upon match and he's making big strides in his rookie season as a pro.

The 22-year-old center back was Seattle's first pick in this year's MLS SuperDraft, selected 27th overall in the second round out of NCAA Division II program Cal State Dominguez Hills.

This season is all about Alfaro finding his feet in the pro ranks and his place with the Sounders. So far it's going well, and he's already noticed a difference in his game from the opening loss against Sacramento to last week's win against the Switchbacks.

"I think I've improved," Alfaro said. "I've been consistent and playing against consistent guys who are always trying to compete and play at the highest level. Concentration and focus for me has been the biggest thing. If I stay focused and stay concentrated then the rest will take care of itself."

It's been quite the journey for Alfaro already this year. He was the only player from a Division II school to be invited to this year's MLS combine and the highest one to be selected in the draft. Seattle has pegged him as one to watch, signing him to a MLS contract in March.

The transition from the college ranks to the professional game is often a tough one for players to make and Alfaro admits it's been a steep learning curve for him, but one he's quickly embraced, scoring his first professional goal to secure a point against Rio Grande Valley FC on April 12th.

"As time has gone by, it's been getting a little better. I feel more comfortable. I feel more adjusted to the speed of play and to the tactics of the team. I've definitely improved in the past couple of months." 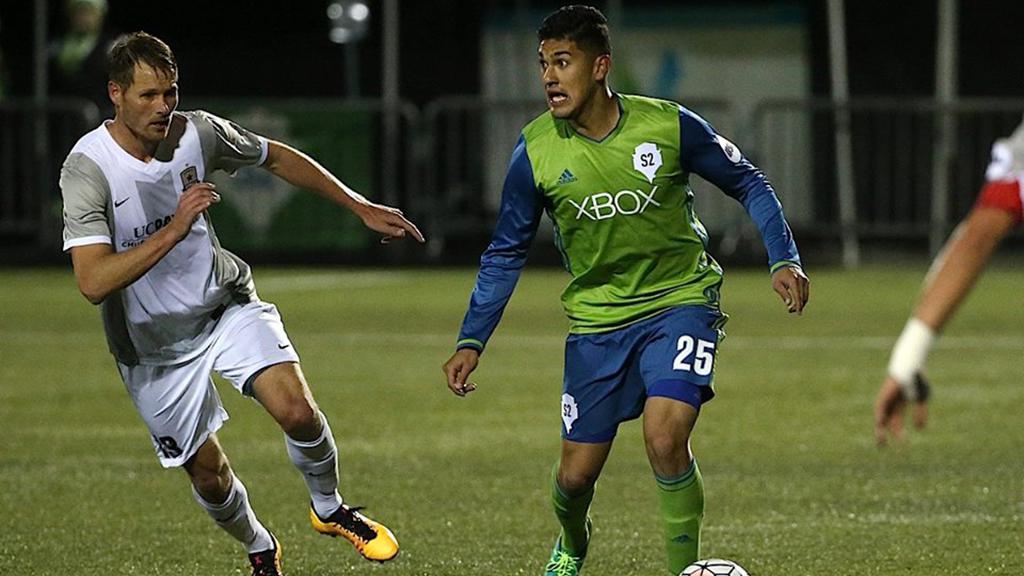 Alfaro spends his days training with Seattle's first team and seeing action with the Sounder's USL side, a path they see as the crucial next step to his footballing future.

It's a big jump in quality for Alfaro, but he's drawn from his experiences in playing three seasons in the PDL with Ventura County Fusion.

"It is a difference from college to USL, I can say that" Alfaro admits. "The speed of play and players just being a lot smarter, a lot quicker and fitness and stuff. I'm kind of used to it because I played with Ventura and a lot of those guys that play PDL, they're D1 players who are a smarter, more physical, faster. So I've had some experience playing against those type of players and playing alongside of them as well."

What's also helped Alfaro is training with the wealth of experience that the Sounders boast in their MLS team, especially playing alongside veteran central defenders Chad Marshall and Brad Evans.

"A lot of it is just watching what they do," Alfaro said. "The few times that we have spoken, and I've asked for advice, their biggest thing, because I'm new and I'm still young, is to keep everything simple. Just play my game and be simple and be quick. Makes smart decisions. Nothing out of the ordinary. Not really trying new things."

Going up against world-class strikers like Clint Dempsey on a daily basis in training has also helped Alfaro gain a quick understanding of what he needs to do and work on as a defender at this next level, and they're skills he's brought with him into his USL play.

"It was a challenge," Alfaro said. "It's still a learning process, but going up against those guys is especially like wow. They're very good, they're very skillful and technical players. For me, having the opportunity to play against Clint every day in practice it makes me want to work harder and it gives me an idea of what type of players are playing in this league."

He may have a MLS contract but Alfaro's key focus right now is showing he can cut it at the USL level. The Sounders coaching staff have made it clear to him that he needs to excel with S2 if he wants to make that next step down the line.

"We've talked about more what I need to improve on," Alfaro said. "Also what good things that I'm doing and what type of path that I'm in. For me right now, the biggest thing right now is focusing on what kind of things I need to work on, not necessarily what I can already do.

"For myself, just keep working hard and I know that if I listen to the advice and listen to what they think I need to get better at, I will get my chance sooner rather than later."