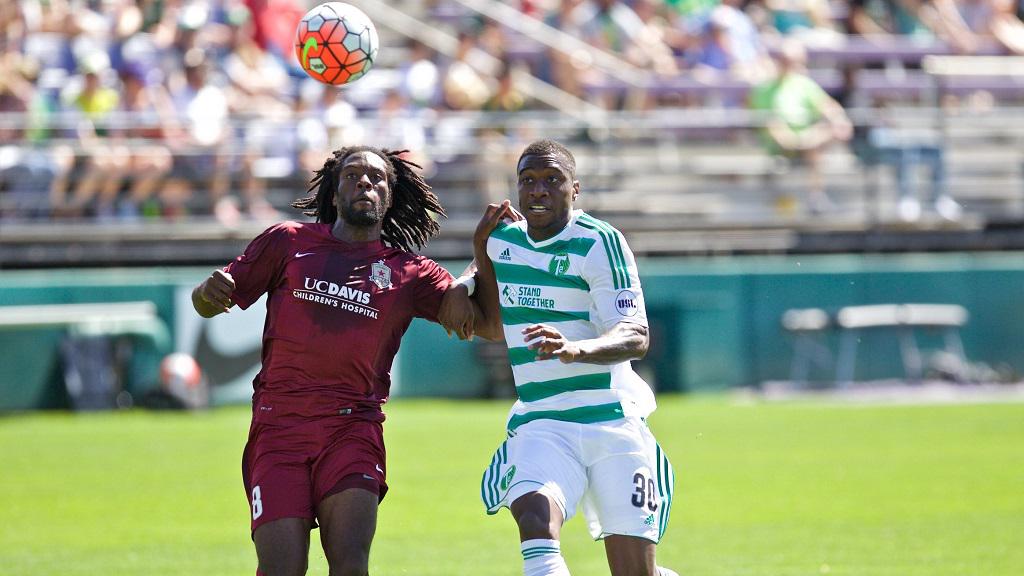 Belmar’s 46th-minute tally ended an impressive shutout streak by Sacramento as it was Republic FC’s first goal conceded during the 2016 campaign. In the first 26 seconds of the second half, Belmar stole the ball from defender Derek Foran, then shot from 19 yards out inside the right of the frame to give Portland the 1-0 lead. Belmar, the 2015 USL Rookie of the Year, started in his first match of the 2016 season.

Portland earned its first win of the season to move to 1-3-0 (3 points) while Sacramento dropped its first match this year, moving to 2-1-1 (7 points).

The opening half was scoreless as the goalkeepers and defense took the spotlight. One of the closest scoring chances for either side came from Sacramento’s Iwasa in the 31st minute. Iwasa’s swerving shot was headed toward the far right post, but Hamilton parried it away for a Republic FC corner kick.

In the 62nd minute, Portland came up with two impressive defensive stops, both against Sacramento’s Tommy Thompson. Thompson’s initial strike was a bicycle kick, which Brent Richards deflected away at the goal line. T2 could not clear out of harm’s way and Thompson had another go at it with a shot, which Nick Besler then cleared off the line.

In the 74th minute, Portland goalkeeper Wade Hamilton came up with a brilliant save, diving to his left to turn away another Thompson shot. The ball got away from Hamilton a bit but he grabbed the loose ball. As he did so, Sacramento’s Adam John converged and made a dangerous attempt to pry the ball from him and was issued a red card.

Republic FC would play the remaining 17 minutes of regulation and stoppage time down a man.

In the 90th minute, Neco Brett thought he tallied Portland’s second goal, but he was ruled offside just before four minutes of stoppage time was being announced.