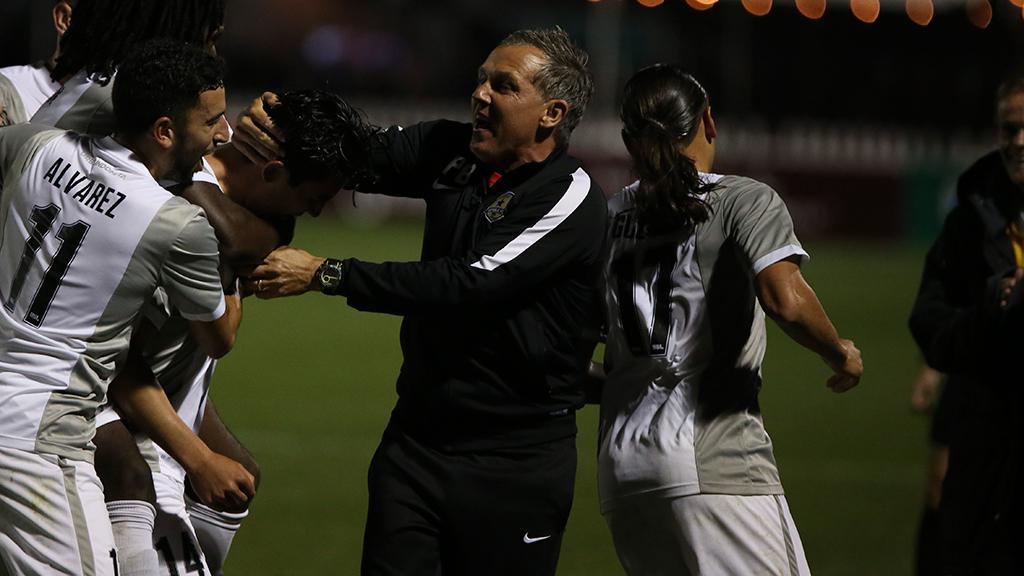 VANCOUVER, B.C. - Sacramento Republic FC has been an unequivocal success story since its formation and inaugural USL season in 2014.
Winning a championship in your first professional season will do that to a club, but it goes beyond that. They've been drawing large crowds to their home matches, playing attractive football, and even their team branding is admired by many soccer fans across North America.
Then there's the constant Major League Soccer chatter, with MLS Commissioner Don Garber visiting Sacramento on Thursday to discuss expansion opportunities.
It's a lot to contend with for Republic FC Head Coach Paul Buckle. The Englishman is just taking it all in his stride, although he does feel that the club's success puts a giant target on their back for their USL rivals.
"No, I just get on with it," Buckle told USLSoccer.com when asked if the MLS talk was getting in the way of what he's trying to do with the club this season.
"It's credit to all the staff and the players that we've made the start that we've made. But you know, we're a scalp in this division. Teams want to beat us. Teams wants to play against us, especially at Bonney Field and certainly away from home."
After a long career both playing and managing in the lower leagues of English football, Buckle took the reins in Sacramento last season, replacing Preki, who departed the club in the summer.
It's always tough to take over any club midseason, never mind defending champions, and Sacramento wasn't able to repeat, missing out on the Western Conference regular-season title by a single point before going down to a narrow 1-0 loss to the LA Galaxy II in the Western Conference Quarterfinals of the 2015 USL Playoffs.
It was a rare defeat for Sacramento under Buckle, one of only two so far, and hopes are high among Republic FC supporters that the team can go deep in the postseason this year, with further championship success a real possibility.
Buckle is delighted with the strong start this his side has made to the new season, and doesn't feel any added pressure or the weight of expectation in coming to a club that delivered a USL Championship in its first year.
"No, not all," Buckle said. "I don't think it does. At the moment, the boys have been great for me. We haven't lost too many since I've been at the club, so I have to be happy with that as a coach. We've got a lot of work to do still, like probably a lot of clubs. But we've got to be happy with seven points from our first three games. It's a really good return.
"We're showing that we're a very disciplined team. We can still add one or two players. We're carrying a smallish squad, so we can still add a few. But I'm very pleased with the way we've started." 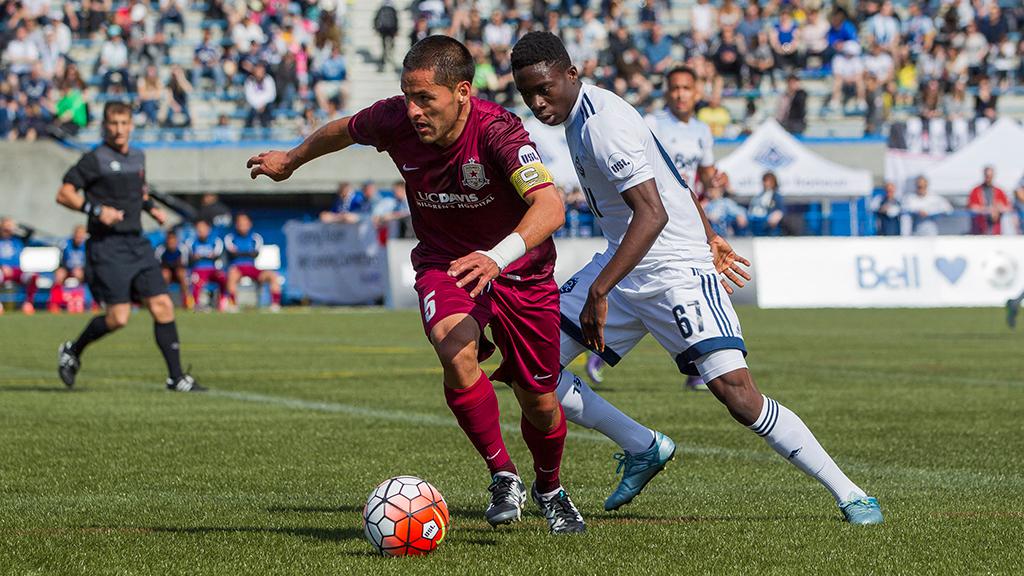 Disciplined is certainly one word to describe Sacramento this season. Miserly is perhaps another best used to describe their defense.
Republic FC has yet to give up a goal this season, clocking up two 1-0 wins, along with a 0-0 draw on the road to Vancouver Whitecaps FC 2 on Sunday. That shouldn't come as a surprise. Sacramento had the joint lowest goals-against total in the Western Conference last season, and the third-lowest in all of the USL. Maintaining that was a primary focus for Buckle in the offseason.
"Absolutely," Buckle said. "There's two sides to the game. One's when you've got it and one's when you haven't got it. All the best teams are hard to beat and at the moment, Sacramento, we're very difficult.
"Sunday was the first shot that Dom's [Dominik Jakubek] had to save in all the three games. Three clean sheets. I'll tell you what that is, and that's a mirror of what we've got at our club, and that's a real honest group who are very organized."
Sacramento will look to add to its unbeaten start when it heads to Merlo Field to take on the Portland Timbers 2 on Sunday afternoon. That game will make it the third MLS owned-and-operated team that Sacramento has squared off with in its opening four matches.
Facing such teams provides Buckle with a bigger preparation headache than usual, with the uncertainty of which MLS players may be loaned down to play. It was a quandary he faced on Sunday against Vancouver and one which he fully expects to be met with this week against Portland.
"We didn't have a clue who they were going to play," Buckle told us. "We played at Seattle and they had nine first teamers, and then the next week you look at their teamsheet and they don't play any. So that's the way the league is.”
But that said, Buckle is delighted to have those teams in the USL and feels it just adds to the overall quality of what he sees as a very tough and competitive league, and one in which he's confident will see Sacramento do well.
"It's a positive league," Buckle added. "If you look at the Cincinnati crowd and you look at us, the league's growing. It's a great league... I'm very proud of our start. I think we're going to be a strong contender this year."