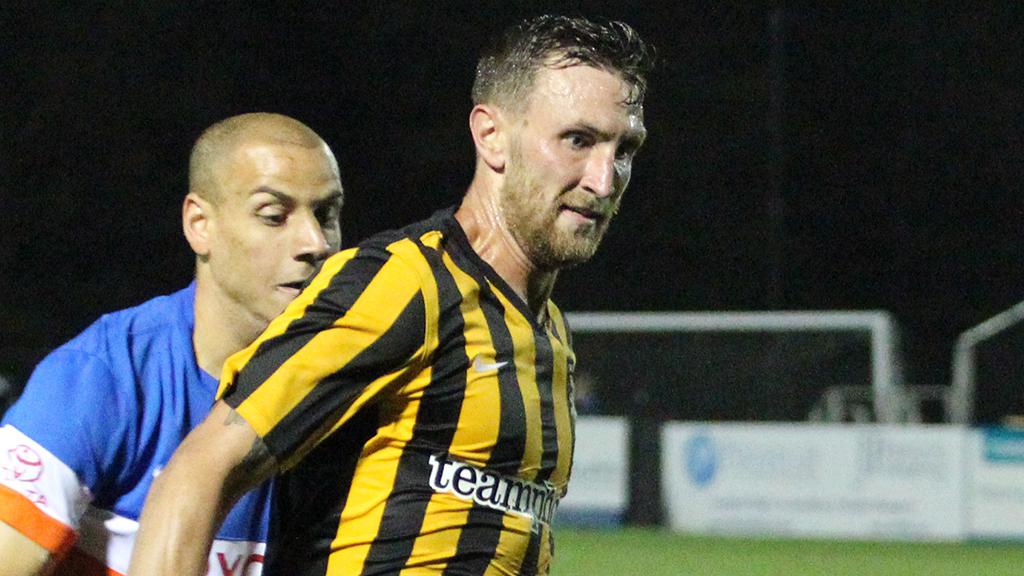 TAMPA, Fla. – Charleston Battery defender Taylor Mueller has been voted the USL Player of the Week for the third week of the 2016 season as he recorded the game-winning goal in the Battery’s 2-1 victory against Southern Derby Cup rival Wilmington Hammerheads FC. Mueller also recorded an assist on the Battery’s opening goal as Charleston remained undefeated this season.

Mueller received 47 percent of the poll conducted by a national panel of independent media representing every USL market. FC Cincinnati forward Sean Okoli finished second with 32 percent after his highlight-reel goal helped his side claim a 2-1 victory against Charlotte in Cincinnati’s inaugural home opener at Nippert Stadium. 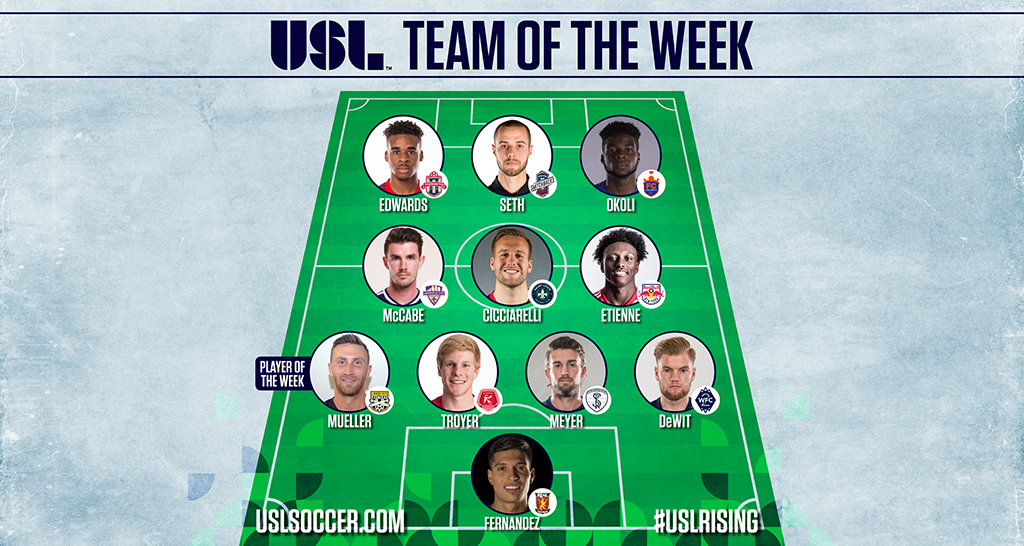 GK – Lalo Fernandez, Real Monarchs SLC: Fernandez recorded his first shutout of the season and made a pair of spectacular saves to keep the game scoreless as the Monarchs won 1-0 in Tulsa.

D – Braeden Troyer, Richmond Kickers: Troyer put in an excellent performance to limit the Rochester Rhinos’ attack as the Kickers earned a 1-0 victory at City Stadium.

D – Taylor Mueller, Charleston Battery: Mueller recorded the game-winning goal, and an assist, while also putting in a strong performance against a rejuvenated Wilmington attack.

D – Tommy Meyer, Swope Park Rangers: Meyer put in a standout defensive display as the Rangers earned a point against a San Antonio FC side that welcomed more than 8,000 fans to its home opener.

M – Derrick Etienne Jr., New York Red Bulls II: Etienne recorded his first goal of the season, and was the standout performer as the Red Bulls II romped to victory against Bethlehem 4-0.

M – Niall McCabe, Louisville City FC: McCabe was a standout in midfield throughout and recorded a pair of assists as Louisville bounced back from an early deficit to take a 4-1 win against Orlando.

M – Vince Cicciarelli, Saint Louis FC: Last week’s Player of the Week had another good performance as he scored his third goal of the season in a 2-2 draw against OKC Energy FC.

F – Raheem Edwards, Toronto FC II: Edwards posed a threat all night to FC Montreal’s defense, and finally broke through with a late winner to give TFC II a 2-1 win in the 401 Derby.

F – Sean Okoli, FC Cincinnati: Okoli’s spectacular early goal, which landed at No. 4 on SportsCenter’s Top 10 that night, paved the way for Cincinnati’s win in front of 14,658 at Nippert Stadium.

F – Mike Seth, Colorado Springs Switchbacks FC: Seth had a strong all-around game that was capped with a fine goal as the Switchbacks made it two wins from two to start the season.