Galaxy II take over at the top after four-point week 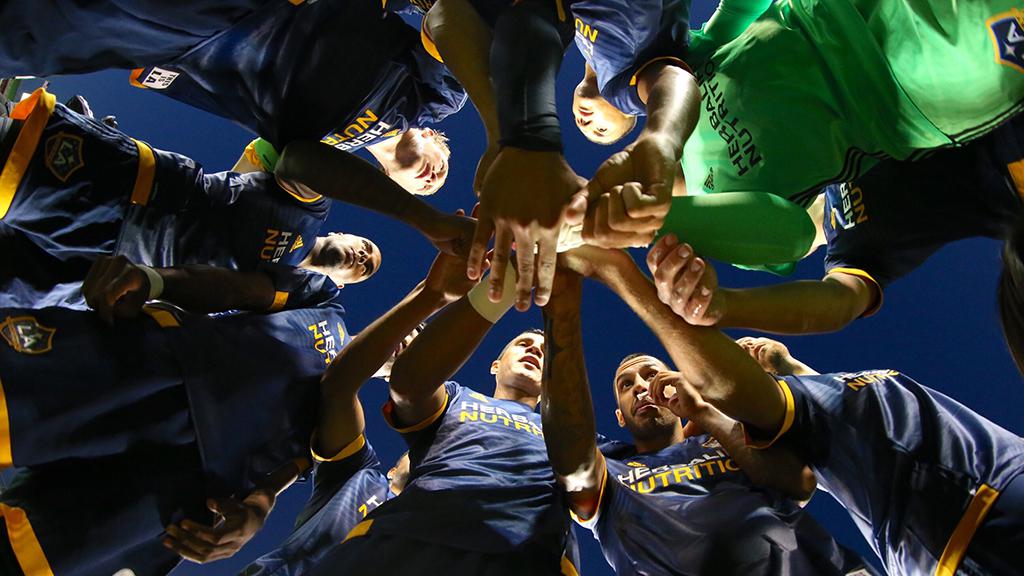 The beauty of a season is each game gives you a chance to learn something new. How does a team react to success? How does it react to adversity? Who will find the consistency needed to sit at the top of the table as the pressure rises week by week?

The LA Galaxy II showed us something this week, as they not only took an impressive win at home, but then arguably an even more impressive draw on the road to sit at the summit of the USL Power Rankings this week.

1. LA Galaxy II (Previous: No. 2)
Last Week: W 3-0 vs. Saint Louis FC; D 3-3 at Real Monarchs SLC
Three games in eight days is a test of mental stamina as much as physical, and coming off a strong 3-0 victory on Wednesday night against Saint Louis, it might have been easy for Los Dos to pack in mentally going down by three goals to Real Monarchs SLC on Saturday. They didn’t, and in their comeback to earn a point showed they will be a side to contend with for the long haul.

2. Swope Park Rangers (Previous: No. 4)
Last Week: W 2-1 at Tulsa Roughnecks FC
The Rangers again looked awfully impressive, this time on the road against another side that took a victory in its opener in Roughnecks FC. Dane Kelly’s finish was a beauty, but what might have been more impressive was the resolute way the Rangers’ defense coped with second-half pressure from the hosts, holding Tulsa to only three shots on goal.

3. New York Red Bulls II (Previous: NR)
Last Week: W 2-0 at Louisville City FC
The Red Bulls II continued their hold over Louisville with a third win out of three in the series between the two clubs that began last season. The most impressive aspect of New York’s performance might have been the way it adapted to the elements far better than its host, as the side’s quick passing allowed Coach John Wolyniec’s side to control the game’s tempo for good spells, and send the Slugger Field crowd home disappointed.

4. Colorado Springs Switchbacks FC (Previous: No. 1)
Last Week: Bye
The Switchbacks did nothing wrong in their week off from action, and will get the chance to make a move back up the chart this weekend as they take on Arizona United SC in their home opener.

5. Vancouver Whitecaps FC 2 (Previous: NR)
Last Week: W 3-1 at Portland Timbers 2
WFC2 did a lot of things right in its opening win against Orange County, but still managed to improve as a pair of goals by Daniel Haber led the side to a 3-1 win against Cascadia rival Portland. Now Coach Alan Koch’s side returns home to face fellow 2-0-0 side Sacramento Republic FC in what looks like a must-see contest on Sunday afternoon.

6. Rochester Rhinos (Previous: NR)
The Rhinos got off to a customary start with their 1-0 win against Pittsburgh, but needed some heroics from Adam Grinwis to take all three points from the opening game of its title defense. With a visit to Richmond on the horizon, it will be interesting to see how the side continues to fill out in the next two weeks.

7. Sacramento Republic FC (Previous: No. 7)
Last Week: W 1-0 vs. Arizona United SC
Sacramento has the look of a team that is going to be hard to beat this season, and was again defensively sound against Arizona on Saturday. If not for Cameron Iwasa’s late intervention after an inspired substitution from Paul Buckle, though, Republic FC’s pressure wouldn’t have paid off with a victory despite Emrah Klimenta’s best efforts joining the attack.

8. Charleston Battery (Previous: No. 3)
Last Week: D 0-0 at Orlando City B
Charleston did everything but score against OCB, as a standout performance by Mark Ridgers earned his side its first point of the season. The Battery will certainly create chances this season, but after needing a stoppage-time goal to defeat Cincinnati in its opener will have to be more clinical in front of goal moving forward.

9. FC Cincinnati (Previous: NR)
Last Week: W 2-1 at Bethlehem Steel FC
Going into a solid Steel side’s home opener and taking a victory was no mean feat for Cincinnati, which got a peach of a goal by Sean Okoli to add to Andrew Wiedeman’s first goal in club history to earn all three points. The club’s inaugural home opener, and a big atmosphere at Nippert Stadium, now awaits, as does a good test in the Charlotte Independence.

10. San Antonio FC (Previous: NR)
Yes, San Antonio FC got its inaugural season off to a bang with two goals in the opening 10 minutes, but while you can only beat the teams that are put in front of you, we’ll need to see more than a solid performance against an S2 side that looks a shadow of its 2015 self before it warrants a move higher up the rankings. Swope Park’s visit to Toyota Field on Saturday, though, should give us a much better barometer.