From box-to-box dynamos to playmakers, who’ll make the difference this season? 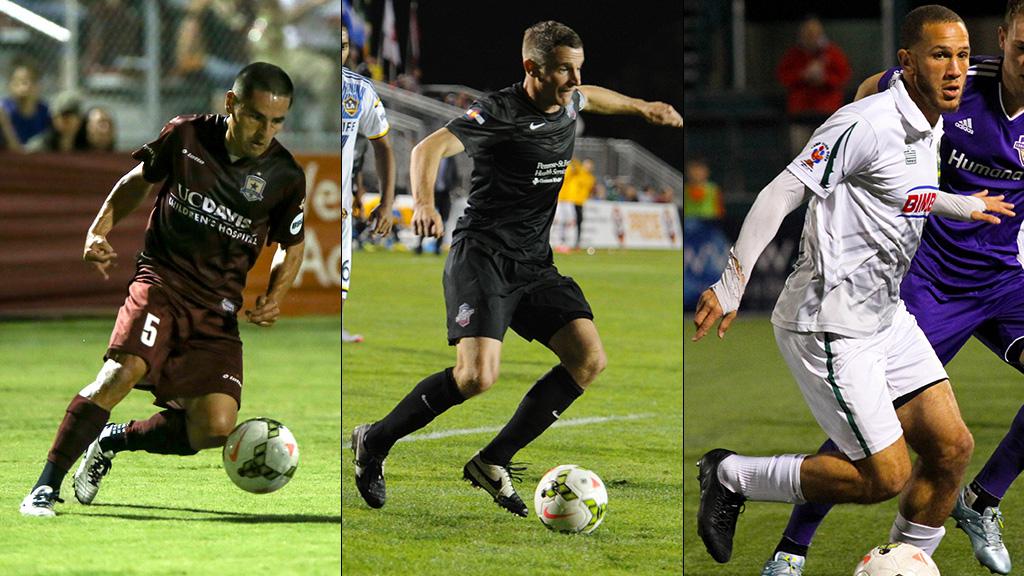 The 2016 USL Kickoff Weekend kicks off in two days as we continue to put the spotlight on players who could be difference-makers in the USL this season.

After Monday’s look at goalkeepers, and Tuesday’s at defenders, today we take a look at the midfielders who will likely play a key role in their clubs’ success this season.

- Danny Barrera, Sacramento Republic FC – After an offseason that brought numerous changes to Republic FC’s roster, Barrera figures to play an important role as Republic FC looks to earn its second championship in three seasons. While small in stature, the playmaking ability of Barrera shouldn’t be overlooked as he brings a keen passing eye to the attacking third as he operates in the center of the park.

- Sebastian Dalgaard, OKC Energy FC – The creative Danish import had seven goals to support teammate Danni König in his first season with Energy FC, and with his ability to deliver into the penalty area should see his assist rate rise this year. With high expectations at Taft Stadium after a run to last season’s Western Conference Final, Dalgaard will be a key piece to success for Coach Jimmy Nielsen.

- Lebo Moloto, Pittsburgh Riverhounds – While new D.C. United signing Rob Vincent and Kevin Kerr drew the major headlines for the Riverhounds a season ago, the play of Moloto flew somewhat under the radar. With six goals and seven assists, though, the young South African could be poised to take center stage with a number of new forward options to work with.

- Luke Vercollone, Colorado Springs Switchbacks FC – The dynamic captain and first signing of the Switchbacks had a career season in 2015 as he earned nomination for MVP honors, and an All-League First Team selection. The all-time leader in appearances in the USL, Vercollone will look to power his side to even greater heights in its second season.

- Tony Walls, Rochester Rhinos – Walls was the most important piece for the 2015 champions, and returns to lead the team in its title defense this season. Walls marshalled his teammates in outstanding fashion, and proved dangerous from set pieces, while providing energy that made him seem powered at times by Duracell. With strong pieces around him, Walls again should be very influential to the Rhinos’ continued success.