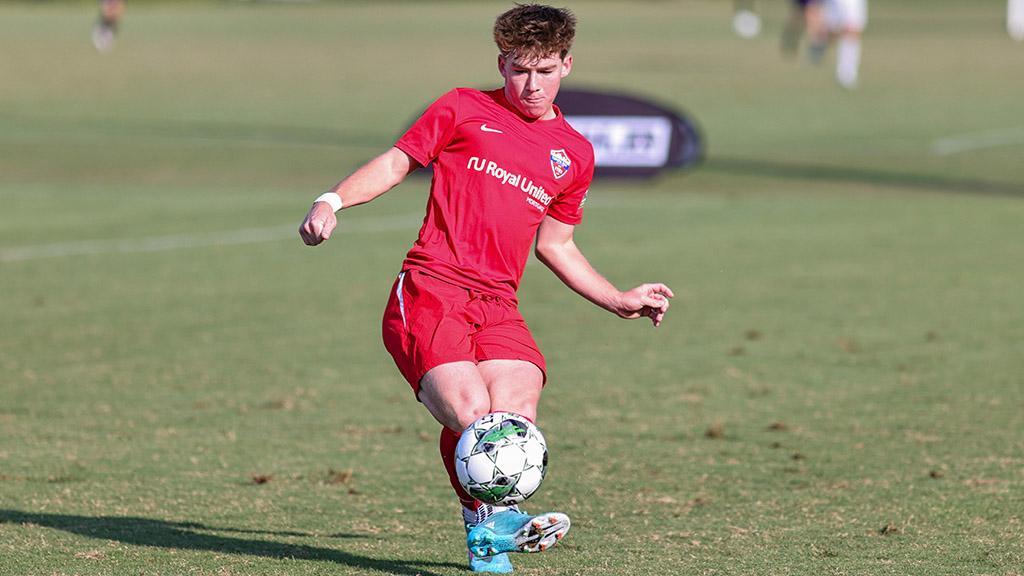 The Final of the Playoffs Division is set for Sunday morning at the 2022 USL Academy Finals, but there was plenty to talk about on the way to the second final berth being secured on Saturday.

Here are three things we took away from the action.

Tampa Bay United knew it was either going to have to help itself to goals against AC Connecticut or see a favorable outcome in the other game in Group A of the Playoff Division between New Mexico United and Indy Eleven to reach the Final. As it turned out, the latter option came through for TBU as New Mexico and Indy played to a thrilling 3-3 draw, allowing Tampa Bay to jump past Indy with its 3-0 victory against AC Connecticut.

“We were all hyped up,” said TBU’s Nicholas Skubis. “[Earlier this year at the USL Academy Cup] we were in the Finals and we lost in penalties against Indy Eleven, and we ended up getting out of the group ahead of them this time. It’s awesome, it’s a great feeling and I’m really happy for me and the team.”

Skubis has been a long-time part of TBU’s set-up, joining the club as a seven-year-old after his family moved to the area from Chicago when he was young. That’s helped build familiarity with teammates and coaches, and now the side will get a chance to play for a title to cap the 2022 campaign.

“I’ve been here my whole life, so this is an awesome step for me to get to the finals here,” said Skubis. “I’m familiar with a lot of the coaches and my teammates. It’s been great to grow up with them.” 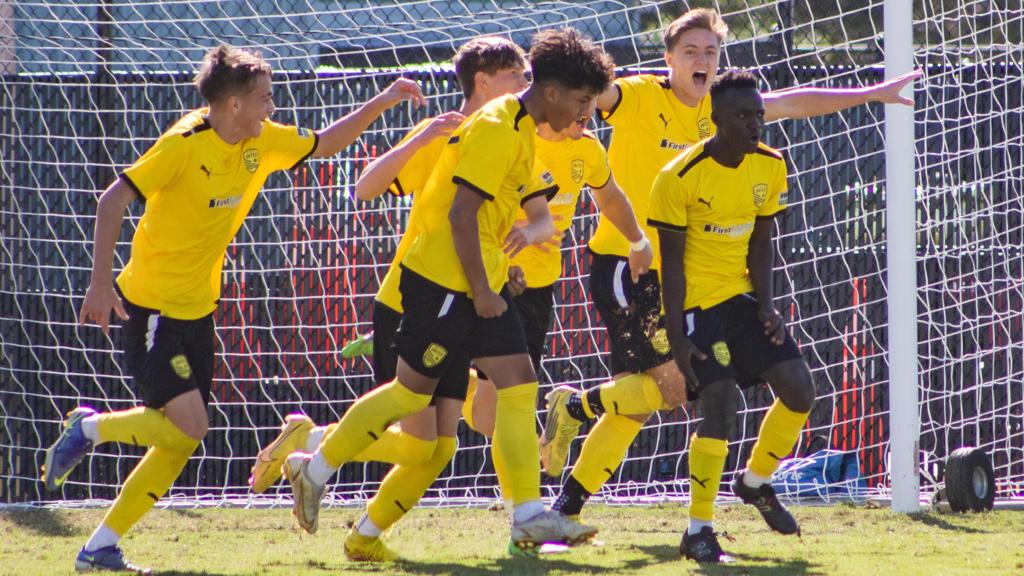 New Mexico United rallied from a two-goal deficit on Saturday to earn a 3-3 draw with Indy Eleven as Alex Waggoner scored his fourth goal of the tournament. | Photo courtesy Emily Sullivan / USL

New Mexico United wasn’t quite able to find a winner against Indy Eleven, but the side’s comeback from a two-goal deficit to earn a point against last year’s title winners was another example of its resiliency. While that didn’t quite pay off on Friday as New Mexico’s late equalizer against Tampa Bay United was immediately answered by a winner for Tampa Bay – a goal that effectively ended up deciding the group – NMU will head home having shown plenty of quality across its three games.

There were good performances by numerous players for New Mexico on Saturday – Jamal Bynum looked solid on the back line, while Saul Cisneros scored the opening goal – but Alex Waggoner continued his big week so far with another fine finish after coming on as a halftime substitute. Waggoner has notched four goals and one assist in three games, scoring in each contest, as his stock continues to rise.

“Jamal’s really come into his own, and I think Mikah [Madrid] deserves some credit, I can hear Mikah talking to Jamal a lot,” said New Mexico Head Coach Luke Sanford. “Jamal’s a reserved, quiet kid but his ceiling is super-high. He’s extremely athletic, but he’s gotten so much more calm and composed, and has he’s learned, he’s understood where the ball should go.

“Alex, he’s rare. There are guys that have his kind of athleticism and that kind of stuff, but the belief that he’s going to score goals every time, he’s hungry for it. … He wants to play, he wants to score goals.” 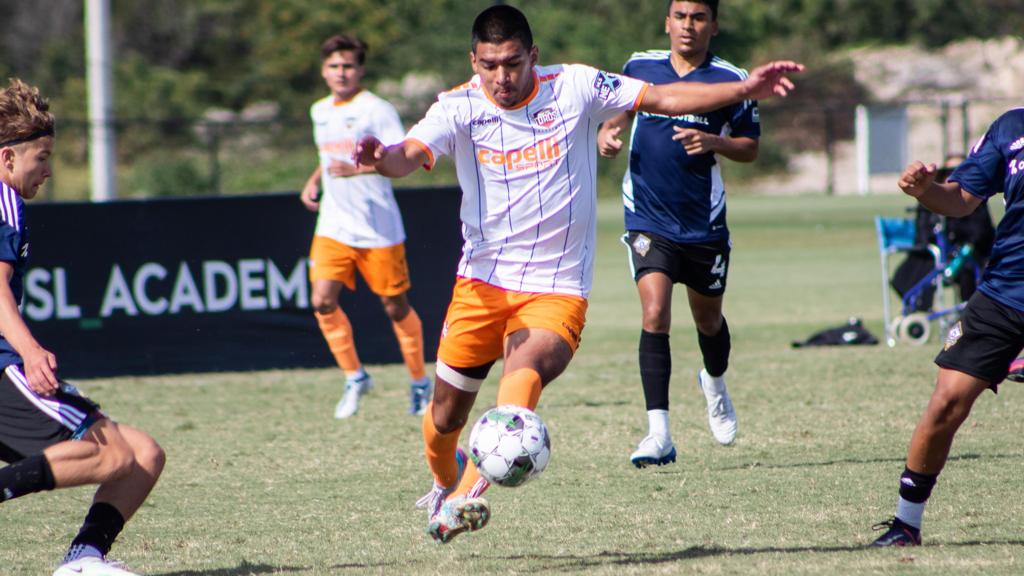 Rio Grande Valley FC's Duilio Herrera has shown why he's one of the top prospects at the club this week with the 17-year-old recording four goals and one assist. | Photo courtesy Emily Sullivan / USL

Rio Grande Valley FC’s Duilio Herrera is one of the more experienced players at this year’s USL Academy Finals, having made 14 appearances in the USL Championship season as an Academy signing for the Toros while also bagging his first goal in the pro ranks.

The 17-year-old’s quality and confidence has translated well as he competes at the USL Academy level, and on Saturday he added a great assist to four goals in the opening two games, setting up Dylan Hernandez for his second goal of the game in a 3-2 victory against FA Euro New York.

Herrera has been part of the Toros Academy since its inception over the past five years. He’s been highly appreciative of the new doors and potential pathways the program has offered in the talent-rich South Texas region, especially this year working with Toros Head Coach Wilmer Cabrera and the Toros’ First Team.

“It’s been an incredible journey,” said Herrera. “The club has been growing with me and seeing what it has become is truly incredible. I really like it because it’s going to give a lot of opportunity not just to me but for people in the Valley who really want to go to the pro level.”