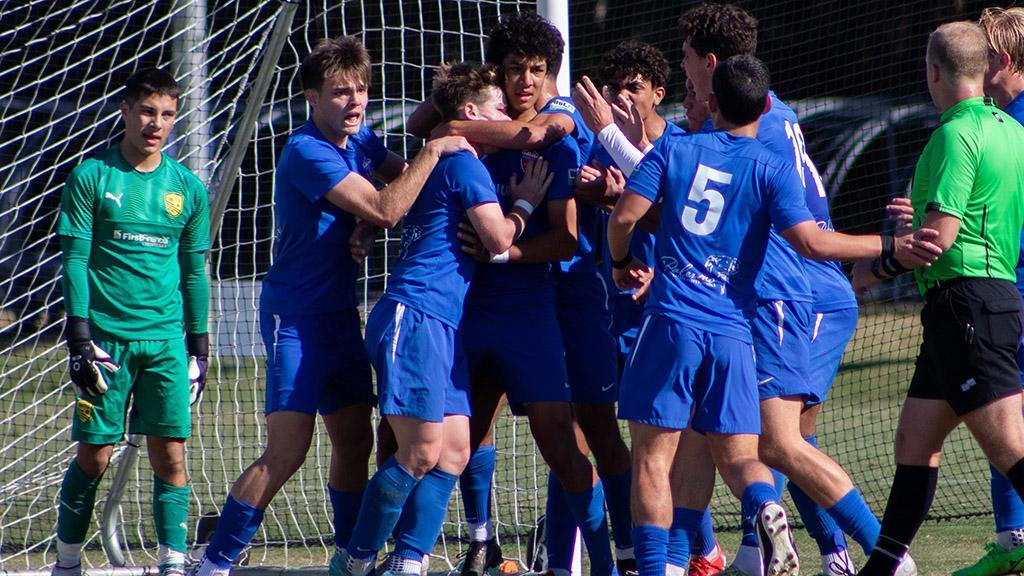 One of the spots in Sunday’s USL Academy Finals title match was locked up on Friday after Day 2 of action at the event at the SportsPlex of Tampa Bay, but the other division remains wide open after the game of the tournament so far.

Here are three things we took away from the action.

When New Mexico United scored late the second half of its clash with Tampa Bay United through substitute Ivan Moore, leveling the game after clawing back a three-goal first-half deficit, it felt like the twist in the tale such a high-quality game deserved.

But then, Tampa Bay added its own flourish. A headed finish by Daniel Lugo off a cross from the left by Tate Johnson sent Tampa Bay to a 4-3 victory and greatly boosted its chances of advancing to the Final of the Playoffs Division from Group A after the second day of action.

“All our heads were down, but there was still time left,” said Lugo. “We reacted how we could. Tate, our left back, makes a great ball and I just ran past everyone to put it in the back of the net. Then celebrating with my team, it’s a second-to-none feeling.”

Group A is still finely poised after Tampa Bay and Indy Eleven both took victory following their draw on Day 1. Indy and Tampa Bay are tied on four points with Indy currently in first place on goal differential after a 5-0 win against AC Connecticut. New Mexico is still alive on three points, though, and faces Indy on Saturday while Tampa Bay faces AC Connecticut to close the group.

"Last year, we lost on penalties, played some amazing soccer, but that feeling... I'll never forget it. I want revenge this year." - @TampaBayUnited's Daniel Lugo is going for the crown after scoring the winner pic.twitter.com/FMfVeybCSx

2. QUEENSBORO GOING BACK TO THE ‘CHIP 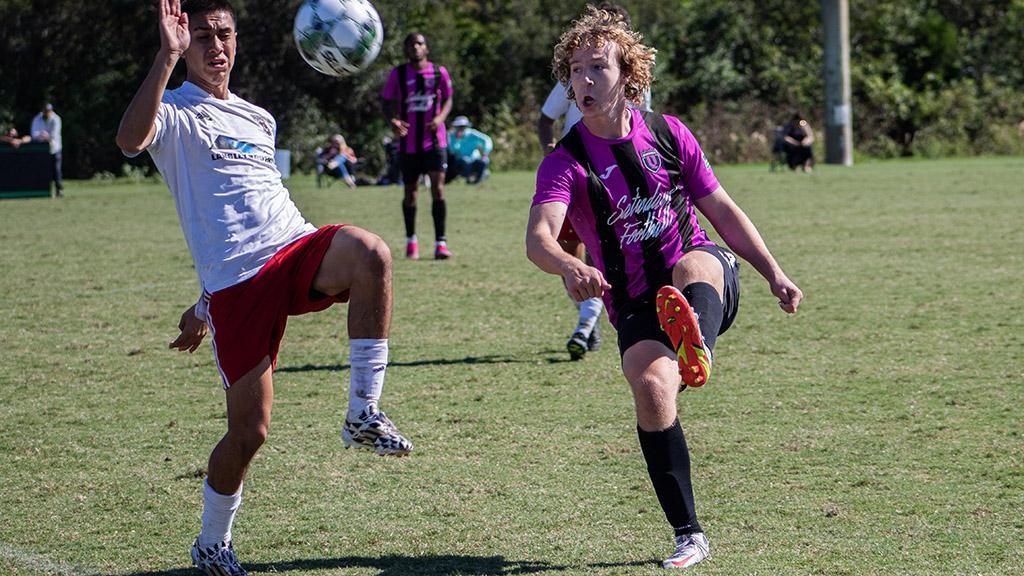 Queensboro FC is set to compete for the title on Sunday at the 2022 USL Academy Finals after victories in each of its first two games. | Photo courtesy Emily Sullivan / USL

Over in Group B, Queensboro FC clinched its place in the Playoff Division Final for a second consecutive year after taking a 3-0 victory against Chattanooga Red Wolves SC to make it two wins from two. That result combined with North Carolina FC’s 2-1 comeback victory against San Antonio FC in the group’s other game left QBFC clear at the top, with its win on Thursday against NCFC giving it the head-to-head tiebreaker over its lone remaining rival.

Playing a key role in Friday’s victory was forward Jonathan Santillan, who notched a goal and assist in the win. A newcomer to the squad this year after making the cross-country trip from California to join the club, Santillan has been grabbing attention for his goalscoring prowess, and he’s now hoping to help his teammates add a trophy to cap the year.

“I know last year they came up short, but that’s what I came here to Queensboro, to win that championship,” said Santillan. “That would make the year better for me, to end the year with the trophy and hopefully with many more goals.”

"That's my job. To get the goal, to get as many goals as possible." - @QueensboroFC's Jonathan Santillan after filling up the scoresheet to put his club one step closer to lifting that Academy League trophy #USLAcademy pic.twitter.com/eGQNYJPweN

Lexington SC will begin play in USL League One in 2023, but this year has seen the club build out its Academy program under the leadership of Sporting Director Sam Stockley and have a presence at the USL Academy Finals. Competing in the Showcase Division, Lexington has gone 1-0-1 over its first two games of the event, taking a 2-1 win against Miami Athletic Club on Friday afternoon behind goals from Charlie Nichols and Chris Mondelli.

This year for Lexington has seen the club whittle down its group from 270 local players that began the process through initial tryouts to a final 20 that have made the trip to Florida. That group is now making the most of its chance to showcase its ability on a larger stage.

“I just hope that they get to understand that they’re close,” said Stockley, “and if they continue to work hard and continue to come to training every single day with that desire, that hunger, the passion, the honesty that they want to do, then there’s a real chance for those to be able to progress now in their home city and get into the First Team.”