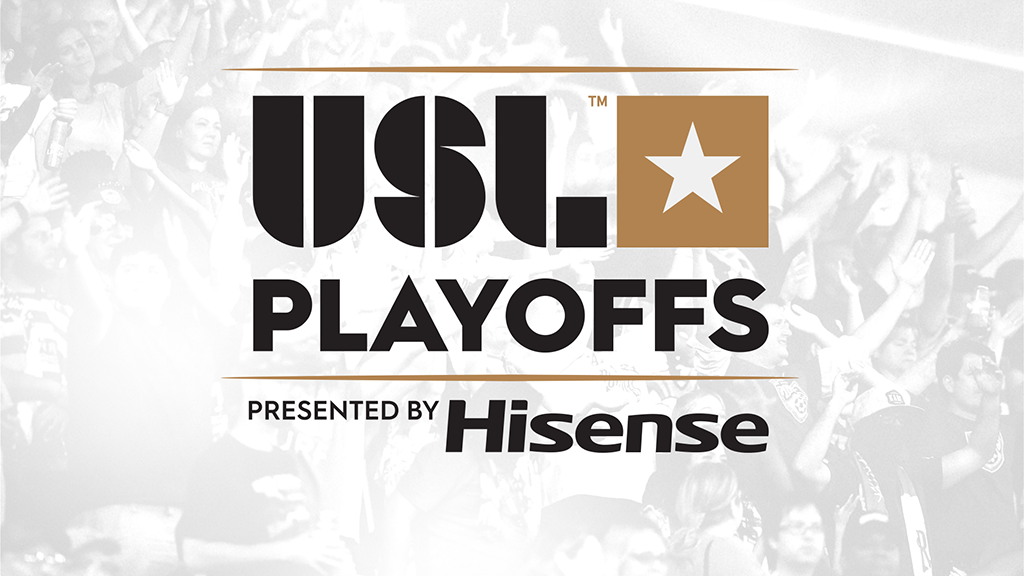 TAMPA, Fla. – The United Soccer League announced today that Hisense USA, the Official Television of the USL, will be the Presenting Partner of the 2022 USL Championship Playoffs and the 2022 USL League One Playoffs. The windows for all playoff dates and finals for both leagues are below.

Earlier this year, Hisense USA became the Official Television of the USL and launched the Hisense Community Pitch Program. As presenting partner of the playoffs, Hisense will launch a sweepstakes for fans via USL channels, with details to be announced soon.

“Hisense is a fantastic partner for the USL because they are committed to connecting with our clubs, fans and communities through innovative and exciting activations,” said USL Chief Commercial Officer Court Jeske. “It also helps that watching a USL playoff match on a Hisense television is the next best thing to being there.”

“For years Hisense has supported soccer clubs and fans because we understand the importance of bringing communities together; we bring fans together often as they enjoy watching their favorite teams and players,” said David VanderWaal, Vice President of Brand Marketing at Hisense USA. “Hisense is excited to be shaping the future of television, and is proud to partner with USL, who has been shaping the future of the game and spurring a love of soccer in our communities.”

The USL Championship Playoffs will unfold in dramatic, single-elimination format, with hosting rights determined by regular season record throughout, including the 2022 USL Championship Final on Sunday, Nov. 13.

All playoff matches prior to the Final will air live on ESPN+. Exact matchups, dates and times for the Conference Quarterfinals will be announced on Oct. 16.

The USL League One season concludes Saturday, October 15 with a five-game slate of action and plenty on the line. The 2022 USL League One Playoffs also features a single-elimination format with the No. 3 seed set to play host to the No. 6 seed, and the No. 4 seed to play host to the No.5 seed in the Quarterfinals. The lower remaining seed will then advance to face the No. 1 seed in the Semifinals, with the No. 2 seed to host the higher remaining seed from the opening round.

All League One playoff matches prior to the Final will air live on ESPN+. Exact matchups, dates and times for the Quarterfinals will be announced on Oct. 16.