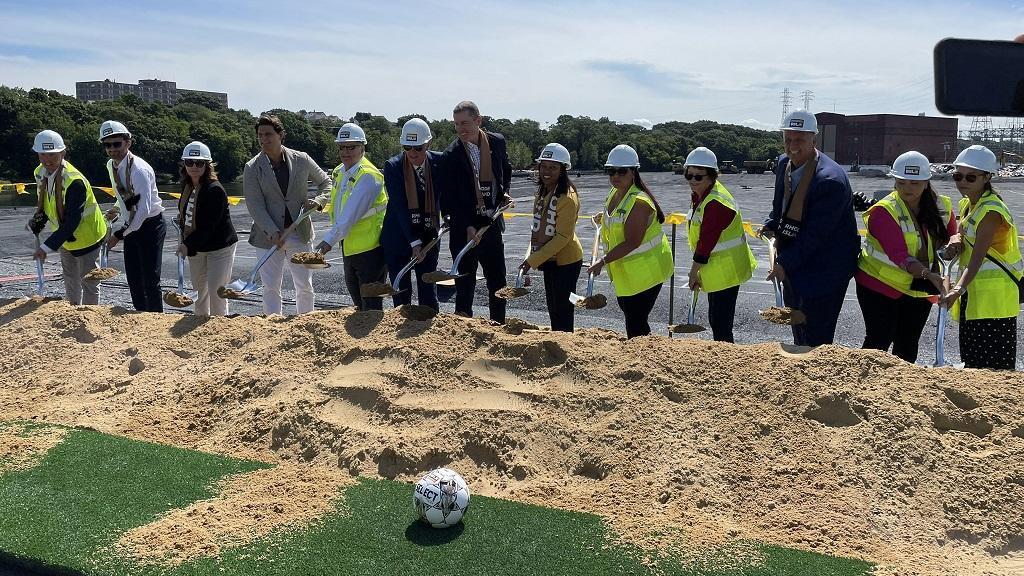 State, local and league officials join the leadership of Rhode Island Pro Soccer for the official groundbreaking of a new soccer-specific venue in Pawtucket, Rhode Island set to become the home for a new USL Championship club.

The arrival of a USL Championship club in Pawtucket, Rhode Island moved another step closer on Friday morning when investors, elected officials, executives and dignitaries celebrated a major milestone for the club and community.

Part of a larger Tidewater Landing project that includes new housing, retail and a footbridge, the stadium will spearhead revitalization of land flanking the Seekonk River in Pawtucket.

“We congratulate Brett Johnson and his group for all the outstanding work they have done to bring professional soccer to the beautiful state of Rhode Island,” said USL CEO Alec Papadakis. “Stadium development continues to be a key strength for the USL and our clubs. We are on track to open 10-15 new soccer venues across the country in the next three years, with more to follow. The USL has entered a new phase in its evolution, bringing world-class soccer experiences to more communities than anyone.”

With the official groundbreaking complete, Johnson and his group’s vision is to build a venue and club that will represent the state on the national stage.

“This will be Rhode Island’s team,” said Johnson. “Our vision is to be one of the most respected soccer clubs in North America, and this stadium will be a flagship venue for sports and entertainment in Rhode Island. We will build a successful soccer club that is respected across every level of the game. We will compete for championships, we will run a successful business, we will be socially and environmentally responsible, and we will contribute to this community for decades to come.” 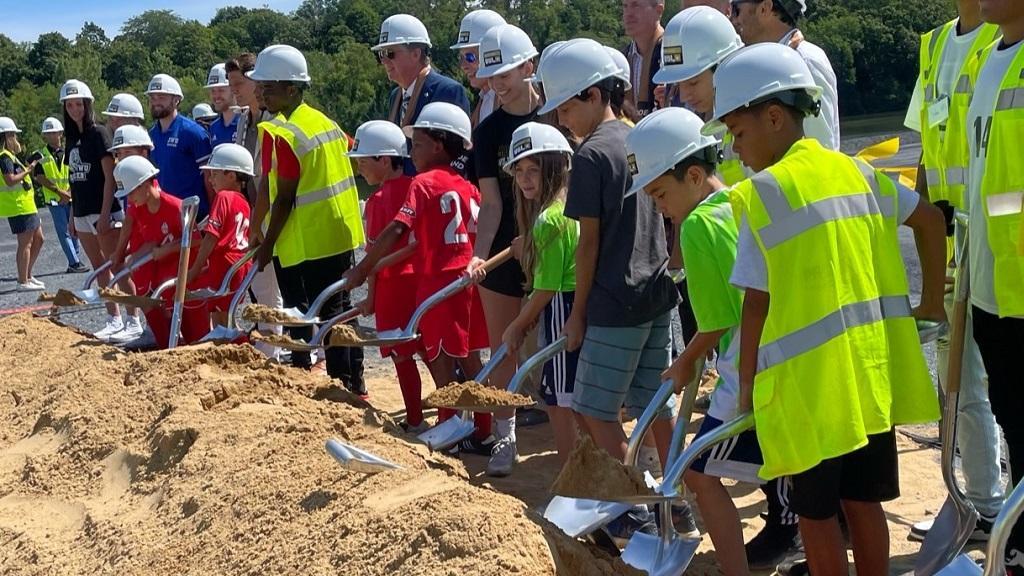 Youth soccer players and local dignitaries take part in the groundbreaking of a new soccer-specific venue set to be the home of a USL Championship club in Pawtucket, Rhode Island starting in the 2024 season. | Photo courtesy Rhode Island Pro Soccer

The groundbreaking came after the completion of a financing agreement between the club’s ownership group and both state and local authorities that will secure funding for the venue. Under the agreement, taxpayer protections have been implemented that will see any cost escalations be covered by the USL Rhode Island group, with a 30-year commitment in place to compete in the USL Championship.

Johnson said the venue is scheduled to be completed in the Spring of 2024, with the club aiming to begin play the same year. An official announcement on the club’s name, official colors and crest is expected in the coming months.

“The project will create thousands of jobs and economic activity and it will spur more business and growth in Pawtucket and Rhode Island,” said Johnson. “To this end, Mayor Grebien and Governor McKee in particular deserve credit for their vision and commitment to recognize that Pawtucket needs this. That Rhode Island deserves this. Prime riverfront land … is being cleaned up and transformed into an incomparable asset for everyone to enjoy.”

The investment into the city through the project is one that Governor McKee and Mayor Grebien both believe will have a major impact on the economy of the city, and the broader economy of the state. Rhode Island is set to join a strong contingent of clubs in the Northeast of the country that are current members of the USL Championship, such as Hartford Athletic and Pittsburgh Riverhounds SC.

“Rhode Island has played a vital role in the history of soccer in America, and now it is poised to play an important role in shaping the game's future here,” said COO and Chief Real Estate Officer Justin Papadakis. “This momentous project will bring the highest levels of soccer back to Pawtucket and Rhode Island, and more than that, will have a tremendous positive impact on the community. This is what the USL is all about. Our clubs provide a world-class soccer experience that brings their local community together, celebrating its culture and diversity, and we know this will be no different here at Tidewater Landing.”

“This is a project that’s going to create a new destination in The Ocean State,” said Governor McKee. “We will become the bucket-list state, people will put Rhode Island and The Ocean State on their list, to visit, to invest here, to spend their dollars here to create an economy that will go throughout the whole state.”