Super League’s Vandervort: ‘The energy, the excitement … is unbelievable’ 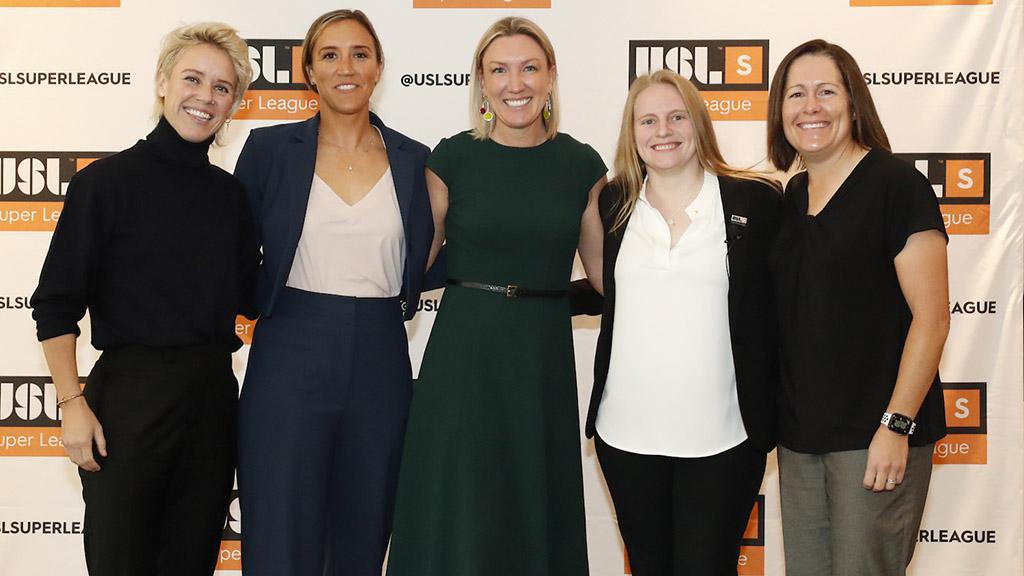 TAMPA, Fla. – Amanda Vandervort delivered her first major address as USL Super League President today at the USL Winter Summit as she spoke and interacted with the owners and executives who will be essential founders and drivers of the United Soccer League’s professional women’s league that launches in 2023.

Vandervort’s vision for USL Super League centers on long-term success, new opportunities for players, coaches and front office executives, and bringing professional women’s soccer to communities across the United States – for the first time, in many cases. The mantra she posed – “Think global, act local” –resonated with attendees.

“The energy, the excitement, the sheer number of owners that are interested in launching a women’s team – both professional with the Super League in 2023 and pre-professional league with the W League this coming year, all the way through to our Academy League – is unbelievable,” said Vandervort. “When I looked out across a crowded room of club owners and executives, I saw and heard an eagerness that I think has the potential to drive the future of the women’s game.”

The presentation provided USL Championship and USL League One representatives with a near-and long-term view of the Super League strategy and the prevailing trends in professional women’s soccer globally. The session included a panel discussion that featured former U.S. Women’s National Team players Shannon Mac Millan and Lori Lindsey and former Paris-Saint-Germain goalkeeper Arianna Criscione, all of whom have followed their successful playing careers with roles in broadcasting, club operations and the business of soccer.

Vandervort emphasized the USL’s unique advantages in starting the USL Super League including the success, staffing and infrastructure of the Championship and League One and the burgeoning demand for women’s soccer. She also highlighted the merits of USL becoming the first soccer entity in the United States to offer a full youth-to-pro pathway for women and men, boys and girls. 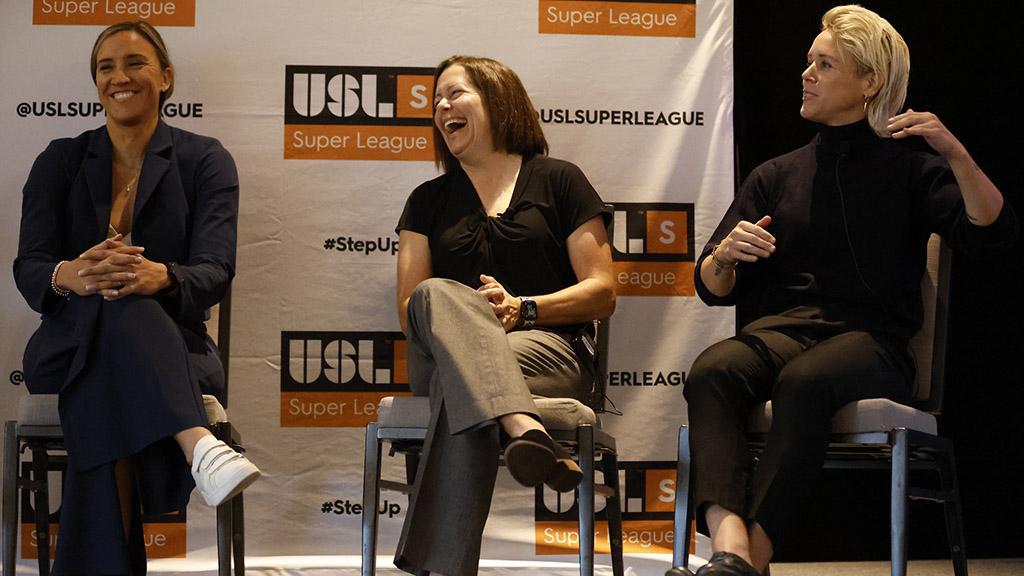 As a longtime executive at both the league and club level, San Antonio FC Managing Director Tim Holt saw the potential the league has to offer.

“The timing now is really unique,” said Holt. “Obviously, the women’s game has grown by leaps and bounds, and has evolved to a point that as a business property as well as a sporting endeavor it’s really attractive. You look at that and the intersection with where the men’s clubs and the men’s professional leagues have grown within the USL, it’s a unique and exciting time. We look forward to getting more information and being part of the consideration of everything that’s happening here within the league.”

Interest and investment in USL’s women’s pathway have soared over the past year. Since the announcement of the pre-professional W League’s first eight clubs this past June, the league has quickly surpassed its goal of 30 teams for its inaugural season, with new independent clubs being joined by current USL Championship, League One and League Two organizations adding high-level pre-professional women’s programs.

The high adoption rate of the W League among existing USL clubs and the level of interest in Super League next year inspired FC Tucson President Amanda Powers.

“What I was most excited about was seeing a full room, first of all, talking about the women’s game at the USL,” said Powers. “I think it’s a huge shift mentally and really wonderful to see that kind of response.” 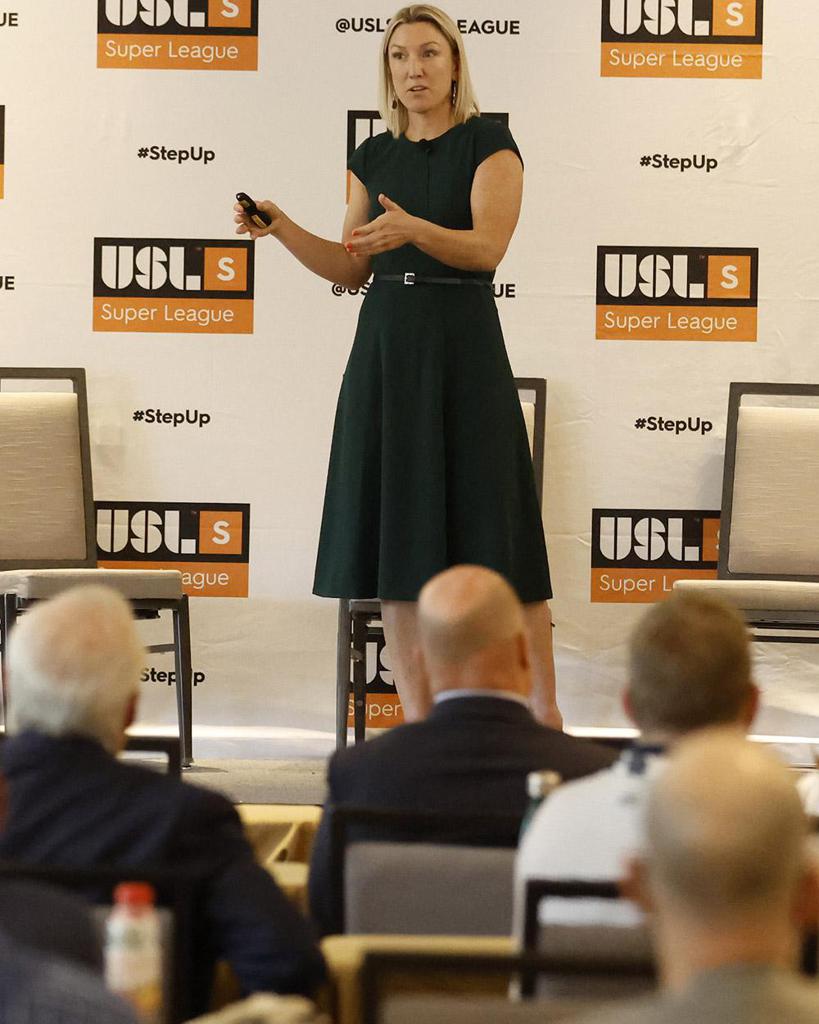 USL Super League President Amanda Vandervort speaks to ownership groups and executives from across the USL Championship and USL League One at the 2021 USL Winter Summit. | Photo courtesy Matt May / United Soccer League

The preponderance of USL’s soccer-specific stadiums combined with front-office expertise at the league and club level point toward stability, sophistication, and gender equity.

“We have incredible venues already, we have incredible ownership groups, incredible owners and operators who have success running teams,” said Vandervort. “Coupled with the experience we have at the league office – 80 people now at the league office on the way to 100 in the near future – we have a foundation we can build on. What that means is sustainability, and it means a true commitment to women and the women’s game across all levels of the game.”

For New Mexico United Owner and President Peter Trevisani, Super League offers high quality play on the field and greater opportunities for New Mexicans to build and enhance their own communities.

“New Mexico United isn’t about soccer at all, it’s about building a platform that can help elevate and uplift our state and the people in our state,” said Trevisani. “One of the ways we do that is give people an opportunity to express themselves. So many people have had to leave New Mexico because we don’t have enough jobs in our state, or we don’t have the right jobs, and this would allow so many of our young people who want to be involved in sports – directly or indirectly – an opportunity to stay and grow and raise their families.

“We want to do that on the women’s side just as we do on the men’s side, and I think over a multi-generational period it’s going to have a substantial impact to the quality of life for all New Mexicans.”

“Amanda is as respected not just in the women’s game, but in the game, in this country as anyone,” said Holt. “To have her at the helm gives it instant credibility. Obviously, it being part of the USL with its history and track record of successfully running leagues is great, and those two things with Amanda being the front-person to lead it, you know that she knows what she’s talking about, and her vision can help lead that with Alec [Papadakis] and Jake [Edwards], and the clubs that end up being the founding members of this.”

“I think that’s one of the important hallmarks of the USL model now is that the clubs that are the founding members will shape it, but the leadership is very important and in Amanda there is someone who is uniquely positioned to make it successful.” 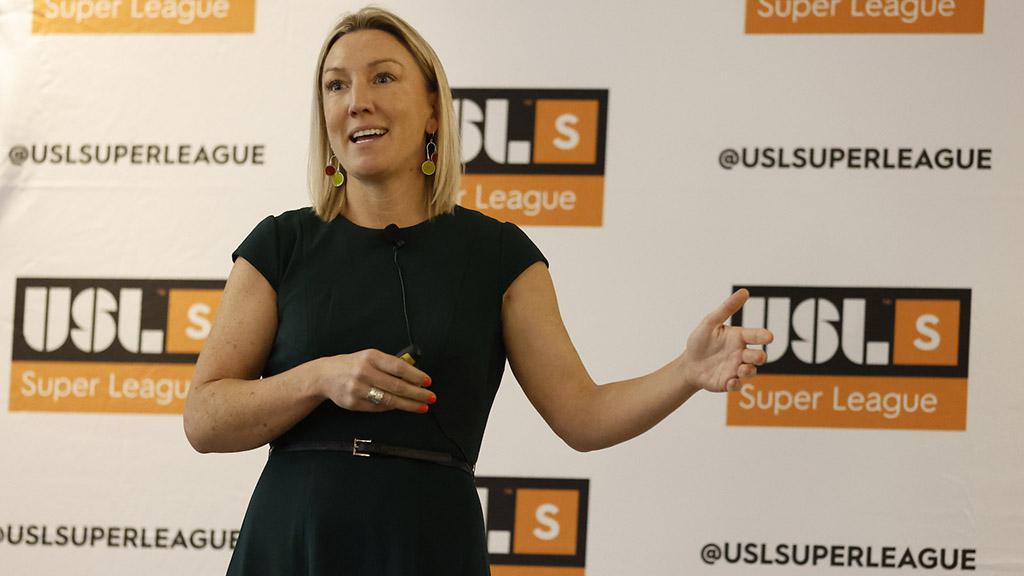 The consensus among attendees was that the W League and Super League are moving swiftly in a good direction.

“I am super-excited, honestly, and with all the meetings that are going on right now there have been three or four times specifically that I just got chills from the information that’s coming down on what’s next, the movement and how we’re growing, and what’s coming up,” said South Georgia Tormenta FC co-owner Netra Van Tassell. “As a woman, it is so exciting to see that we are moving in what I believe is the right direction to make equity, and to make that pathway for young girls and women to move into pro soccer.”