For the first time ever, the USL Championship will be integrated into a global video game platform through KONAMI’s eFootball™ video game franchise in Spring 2022 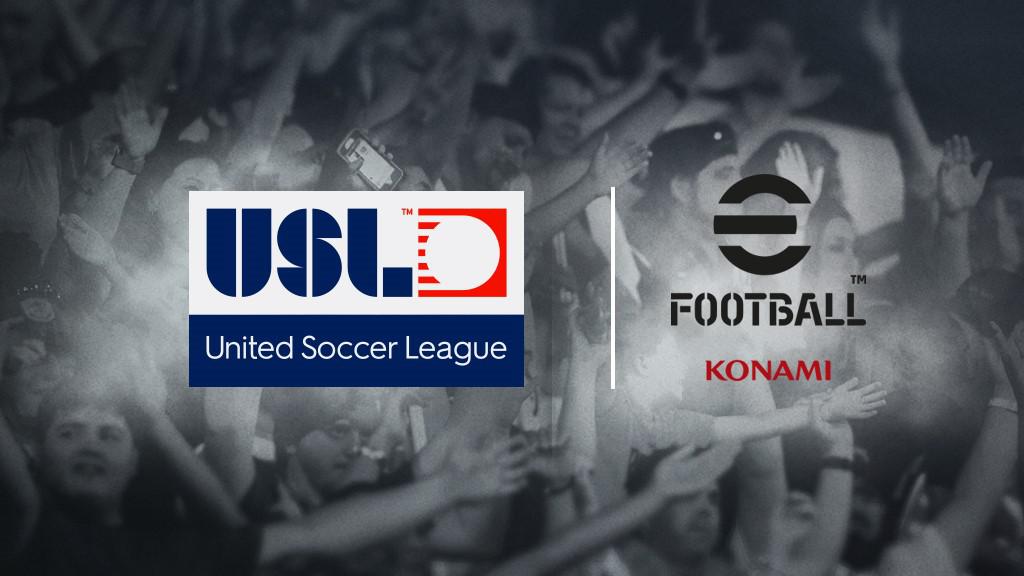 TAMPA, Fla. – Konami Digital Entertainment, Inc. and the United Soccer League (USL) today announced a multi-year partnership to feature the USL Championship in KONAMI’s long-standing eFootball™ video game franchise. This multi-year agreement with KONAMI marks the first time in the history of the USL to have the Championship represented in any video game property.

“We’re proud to join forces with the USL as part of our strategic effort to capitalize on the surge in popularity of soccer in the United States,” said Yuta Kose, President, Konami Digital Entertainment, Inc. “USL has played a pivotal role in the growth of U.S. soccer over the past several decades, and we look forward to building our collective reach in North America while delivering a comprehensive USL experience to eFootball all over the world.”

As part of the partnership, the eFootball™ logo will appear on signage during nationally televised USL games, creative digital and on-site marketing activations as well as being the presenting partner of the USL Championship Player of the Week and Player of the Month. Coming Spring 2022, eFootball™ players will be given full entry to all aspects of the USL Championship, including comprehensive access to clubs, official kits, crests and players in-game.

“Today is a huge day for the USL, our clubs, and our fans,” said USL Executive Vice-President, Court Jeske. “For nearly 30 years, soccer video games have been a part of fan culture across the globe. Konami has a rich history in producing some of the most popular and successful games in the industry, while also engaging with the next generation of fans. This partnership is timed perfectly with the evolution of USL. We’re excited for our fans to download the game and have the opportunity to play as their favorite USL club, and fans from around the world to be introduced to our league through eFootball.”

For all the latest news about eFootball™ and for further information, please follow: