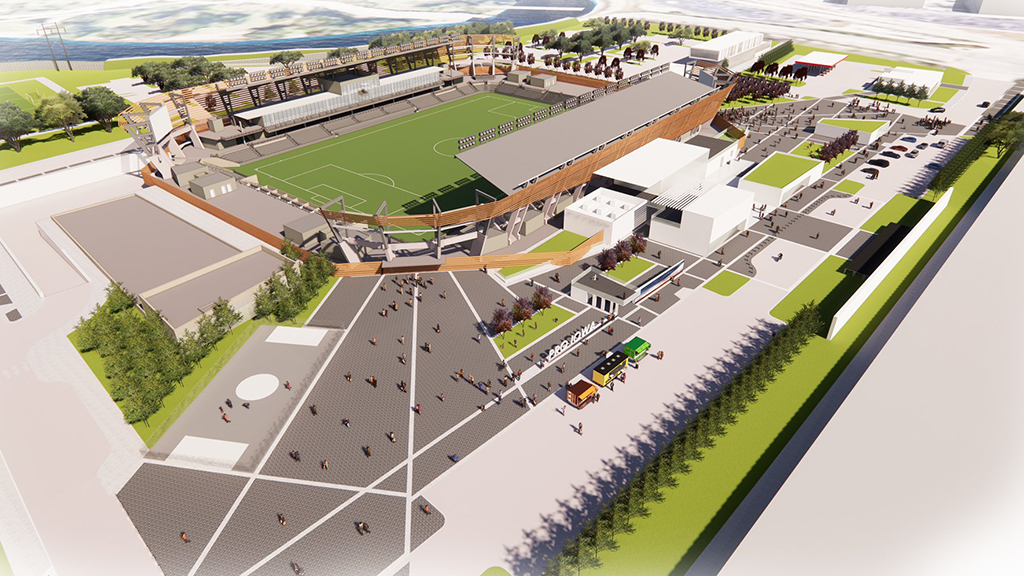 DES MOINES, Iowa – The Pro Iowa Stadium and Global Plaza received another fundraising boost on Tuesday when the Polk County Board of Supervisors voted to approve a financial commitment of up to $7 million towards the project.

“Support from the Polk County Board of Supervisors illustrates the impact the project will have on our area, not only through redevelopment of the Dico Superfund site, but through added economic development,” said Charley Campbell, Pro Iowa spokesperson. “We are very grateful to have their support.”

The City of Des Moines was recently awarded $23.5 million by the Iowa Economic Development Authority toward development of the Capital City Reinvestment District, which includes the Pro Iowa Stadium and Global Plaza.

The Iowa Soccer Development Foundation, the local nonprofit in charge of the fundraising efforts for the Pro Iowa Stadium and Global Plaza, has raised $19.6 million in private contributions for development of the proposed $83.5 million stadium and Global Plaza. With the commitment from Polk County and recent funds awarded to the city, the project has now raised more than $50 million through private and public funding.

Construction is anticipated to begin in 2022, with Iowa’s first professional soccer club aiming to begin play in the USL Championship in 2024.