Catching Up with Vito Higgins 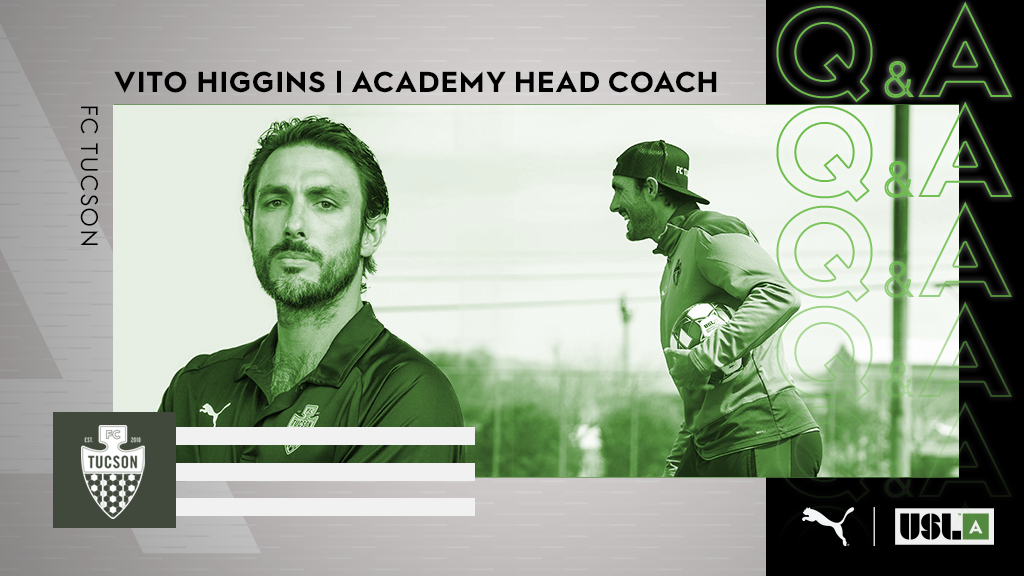 Vito Higgins, a former LA Galaxy goalkeeper, struggled through injury and trials before finding his niche in coaching. From camps and clinics to college and USL Academy, Higgins has coached at every level in the American soccer system and seen the path to the pros first hand. USLAcademy.com staff spoke with Higgins in detail about his journey, plans for FC Tucson’s academy, and where he sees the USL Academy system in the growth of American soccer.

Academy (A): Tell me a little about your soccer player journey from youth to pro

Vito Higgins (V):  Soccer always kind of sunk to my heart. I specialized in it going into my freshman year of high school, and really worked hard. Fast forward into my senior year, I was being recruited by some colleges, Gonzaga University being one of them. Funny enough, my uncle had coached a couple of players in the high school area of where I was living in Kailua and they went to Gonzaga, and they were actually both goalkeepers. So I knew that Gonzaga existed. These guys were like role models to me. And here comes Gonzaga knocking on my door so it was a no brainer. 11 out of 12 years there is a goalkeeper from Kailua, Hawaii in the nets for Gonzaga.

V: My college years at Gonzaga were great. My head coach, Einar Thorarinsson, put a lot of trust and faith into me and worked with me very diligently and really promoted a good environment for me to succeed. After college, I did some trials and was lucky enough to sign a contract with LA Galaxy and was with them for about nine months. I had a foot injury that kind of hit me at a bad time. During the time, the league was not paying great. Gonzaga came knocking again, Thorarinsson offered me a full-time second assistant coaching position. I still tried to play and that's my connection with Tucson, as I had come down here for the Desert Diamond Cup back in 2010, in their inaugural year, but never signed any contracts. At that moment, probably 2011-2012, I decided to stop pursuing playing and really focus on my coaching. 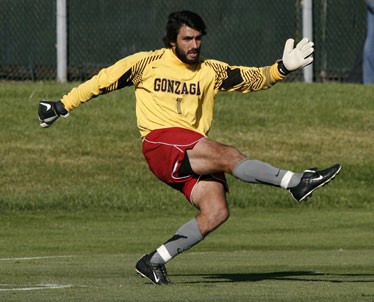 A: What was your experience of coaching prior to FC Tucson?

V: I was at Gonzaga for 11 years and coached. Back in 2012, I hung up the boots as a player and put on the boots as a coach and focused on my licensing. Being a goalkeeper, I did a lot of goalkeeper private training, and I started expanding to do camps and clinics. I then essentially switched over to being a head coach of a team to really help pursue being an overall rounded coach, as opposed to just being a goalkeeper guy. Most recently, I was the goalkeeper director for the West Region (ODP), which had been great. Then back in 2018-19, I decided to depart from Gonzaga and started coaching full time with a club in Northern Idaho, Timbers-Thorns North FC, an alliance club with the Portland Timbers. I also did part time with North Idaho College.

A: How is FC Tucson building the academy team?

V: We essentially have grabbed a large pool of players from the area and through different trial periods, we've kind of dwindled it down to about a group of 40. Within that group of 40, there's around 30 that show up consistently to our training sessions. It's been a big key for us here in the community that our team is supplemental and that we are not creating a team to take away from the other clubs in the region. It's a big priority to offer an opportunity for our youth players in the area after they've been identified as a little bit higher level. At the same time, we still maintain a pool of players that may not be as high level as the top 20 or 30, but have the opportunity to make the jump. It's kind of like dangling the carrot for some of these players to show and give them an opportunity to see what the next level is like, especially at the pro level. To show what a pro team has to offer, how we operate, the tools we have, the technology pieces, the facilities that we have, and the coaching staff that we have to give them full access. Hopefully, that incentive inspires them to take what they learned home and work harder so that they can then succeed.

A: What sets FC Tucson apart from other USL Academy teams?

V: Here at FC Tucson, we help grow the individual as a person, whether their long term goal be pro or college, or maybe it's not even playing soccer. We want to instill that they have our full support and our guidance to help chase those dreams of whatever it may be. If it’s pro, we want to show them what that path looks like. If college is the path, we want to show them what that looks like. And for me personally, I want to help guide them through some of those processes, because it is confusing. It's just overwhelming for parents and players. That's a big passion piece for me. At the very core of the program is to make sure that these kids feel safe and cared for because everyone just wants to feel loved. Even in the hardest moments, the hard conversations we have to have that they are not quite there yet, but we're working them in. Tell them that we care about you and we'll help you get better, whatever that means. It's about the human, it's about them going home and feeling fulfilled and cared for. 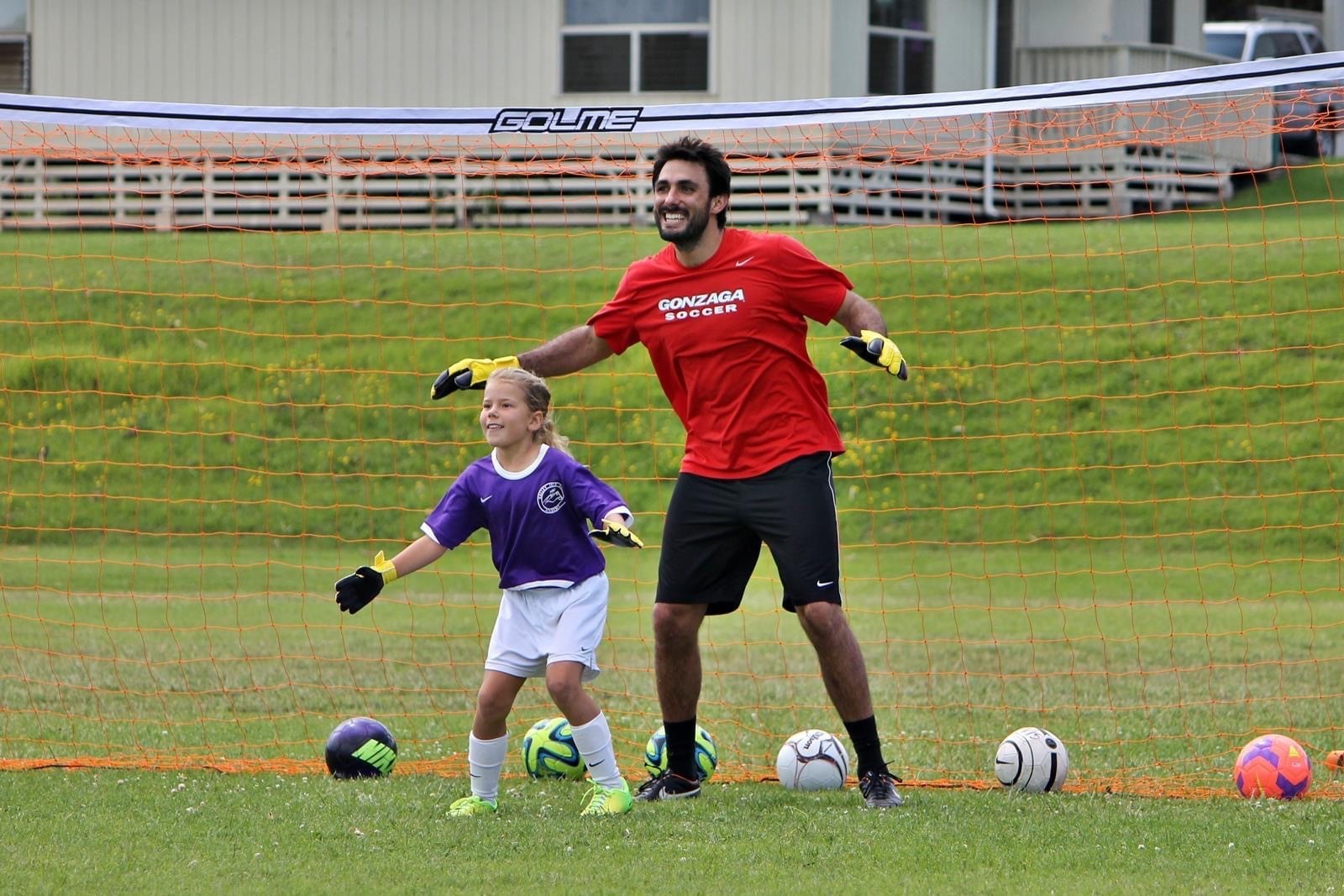 A: What are your plans in terms of integrating the youth players into the first team environment?

V: Our plans right now have been pretty black and white. The first team players will come down and play in games as they need for minutes in terms of coming back from an injury or dealing with a red card suspension. We had three players from our first team come down and play 45 minutes in last week's game against Phoenix Rising, you know. What was amazing about the half was we subbed in three of our true Academy players and the level didn't drop, it actually almost improved. That's not a knock on the first team players, it's more of a celebration that the first team players really instilled their level and it promoted that level throughout the entire team. Our plans are simply that it's a reserve team environment for the first team guys and offers an opportunity for our academy guys to play with our first team players. Some of these are seasoned pros and they've been playing professionally for a few years. It gives them an opportunity. At the end of the day, we want it to be an experience for everyone, our first team players have an experience, that means getting minutes and coming back from an injury, but also an opportunity to share their story with some youth players that have impactful conversations. On the other side, is how our academy players learn, grow, and hopefully they get excited to be in this environment, which then pushes them to work a little bit harder outside of it.

A: How will first team staff have an impact on the academy level?

V: I'm primarily the only one that kind of bounces back and forth. Our head coach John Galas and our other assistant Mark Biagi are involved, but they will slightly take a backseat and observe and offer insight. What we have done is pulled in two coaches from the surrounding community from different clubs and put them as an assistant coach to my role. Through that process over the next few months, I'm hoping to put them in a situation where they actually take the lead and I sit in and watch, offering my support and observation. That way I can do more managing of the players while they do a majority of the coaching. It would allow me to identify players in a different way. It is hard when you're actively coaching to sit back and then evaluate a player to see if they can be the next pro player that we sign. 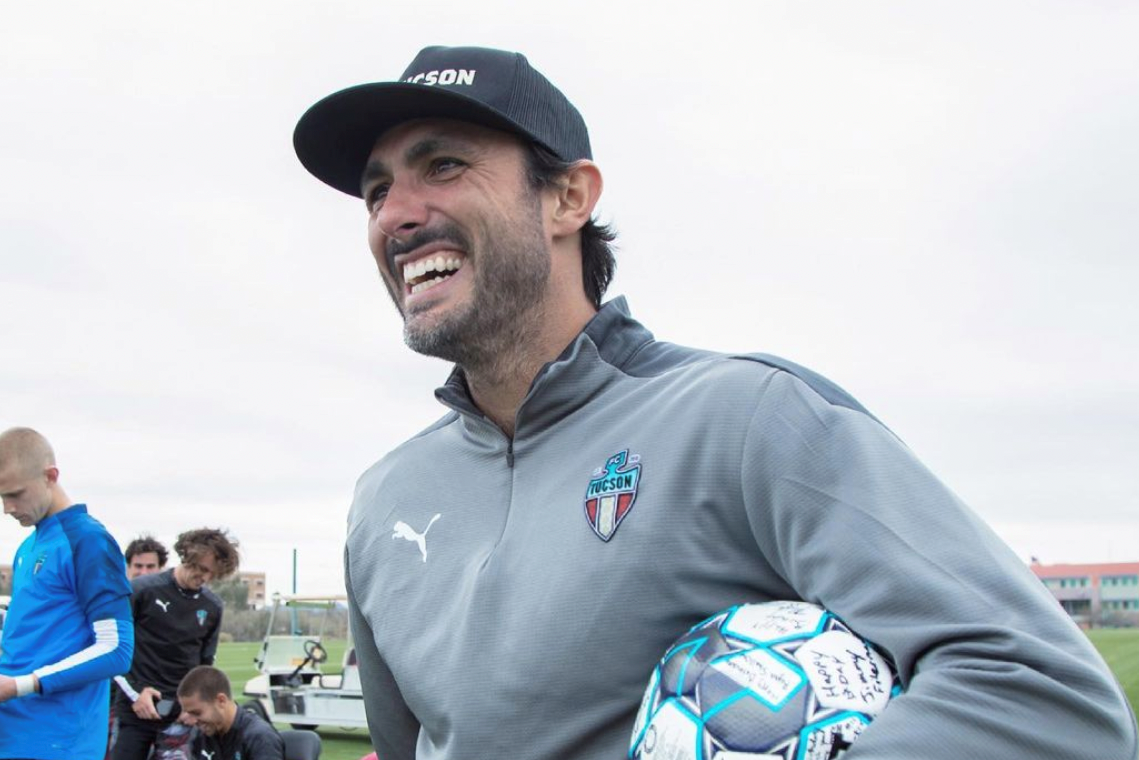 A: What is your goal for FC Tucson’s academy?

V: My goal is to create that safe environment, that opportunity to grow and develop, but to do all of that at a high level. I want to be able to utilize the tools that FC Tucson has given me -- facilities, technology, education and access -- to promote the highest level environment for these kids to develop and grow and to challenge themselves. I want to offer that insight and guidance to our youth players so that they may evaluate themselves and decide if pro is something they want to do. Maybe it's the college route that they want to do, and then maybe pro after that, but offer that guidance and insight. The big picture is I want them to just enjoy their time playing so that whenever that decision comes to stop playing, or to change direction, they feel fulfilled and they feel supported. Ultimately, we want these kids to grow up and have families and bring them back to FC Tucson. I want these kids to be able to walk away and enjoy soccer for the rest of their lives, kind of like what I've been able to do. My playing didn't go exactly how I wanted, but I still feel the desire to be a part of soccer.

A: How do you see USL Academy help grow American soccer?

V: I think the academy offers another opportunity at a higher level. This is simply just an opportunity to supplement to give another opportunity on the path to pro. It is extremely important because it allows another path for these youth players to chase down that pro dream or to just be a part of it at some level. I think the USL has done a very good job in a challenging environment of providing a lot of information and opportunity while sticking to the core beliefs of developing the player and taking care of the player.