In the latest edition of our series, we spoke with Keph Senett, the organization’s Team Lead in the Americas 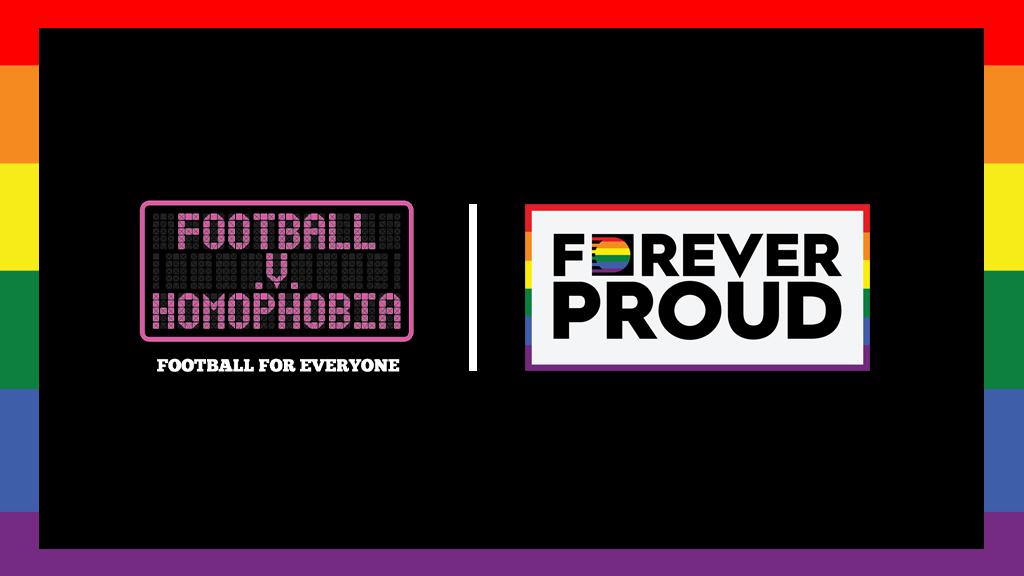 Conceived and launched by The Justin Campaign in 2010, Football v Homophobia has been at the forefront of challenging discrimination based on sexual orientation, and gender identity and expression at all levels of football internationally for more than a decade.

As part of our series of conversations with partners in the United Soccer League’s Forever Proud project, we spoke with the organization’s team-lead for The Americas, Keph Senett, about the work the group has undertaken – including leading a major social-media blackout that involved clubs and players from around the world this past March – and why it’s better to be an active collaborator than an ally. 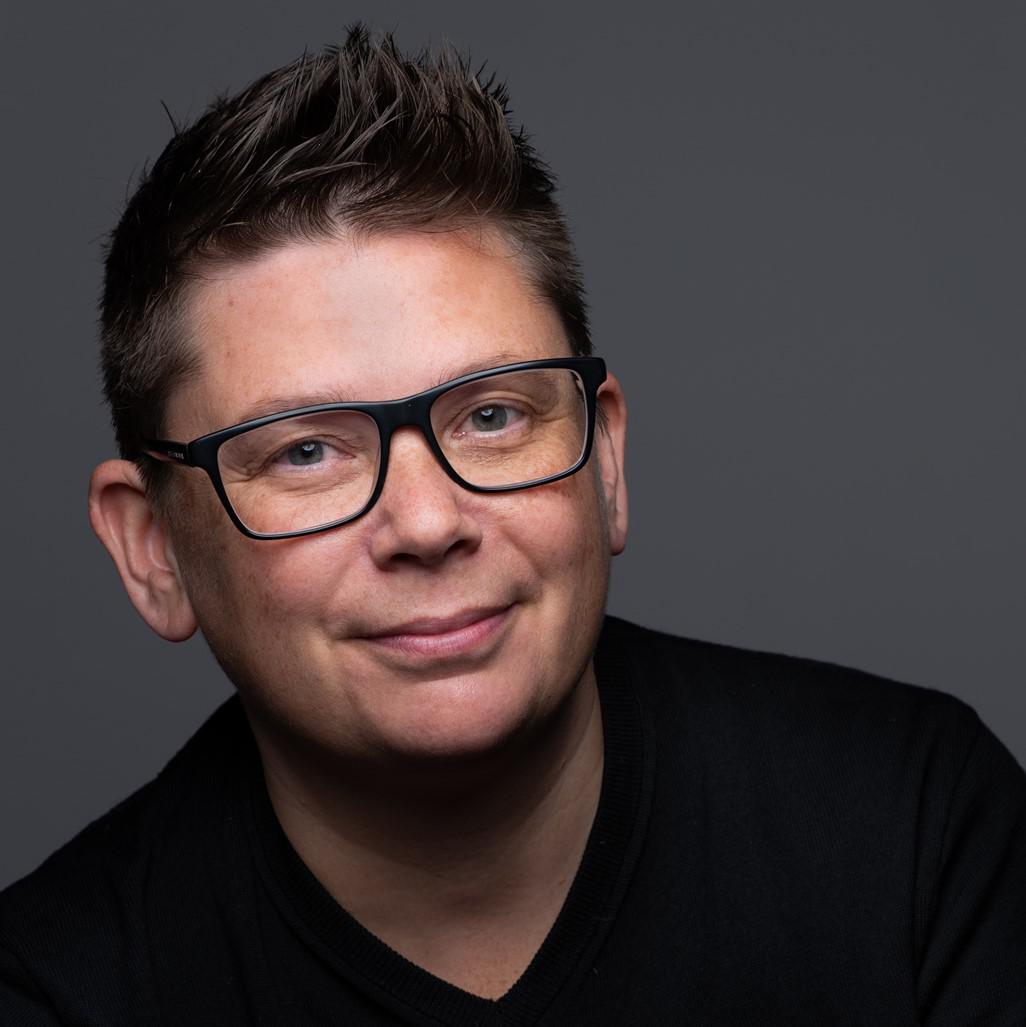 Q: There have been areas of society where the LGBTQ+ Rights movement has made significant progress in the past decades, why do you think the sporting world has been slower to change despite the numerous world-class gay and lesbian athletes that have been at the top of their sports during that time?

Keph Senett: Sport sees itself as above or separate from society in some ways. It’s very inward looking and the requirements to make foundational change are profound. That said, the sporting world has made progress and in some ways has emerged as a vanguard force for change. I think when you look at the USWNT or the WNBA or Colin Kaepernick, you see how elite forces can be very powerful and effective. Of course, you also see Kaepernick losing his entire career for his activism.

It’s important to understand the sport hierarchy. Sports are currently divided by sex and this very basic structure sets up a system from which all sorts of things flow: ideas about masculinity/femininity, about race, about class, and even about the power and influence of countries themselves. Sporting environments can be very normative. After all, teamwork requires a certain amount of cohesion, so traditionally there’s been a fair amount of requisite conformity within team sports, and this can stifle and even exclude some people. What we’re learning now, though, is that diversity (meaning both the inclusion of different kinds of people and the creation of a supportive and welcoming environment) actually creates better players.

Q: How far do we still have to go in that regard?

KS: There needs to be a shift in the culture in the men’s game and it needs to come from all sides. Homophobic or otherwise discriminatory language and abuse must be sanctioned from the beginning, by the coaches, in the academies and at all levels as kids are coming up. Trying to arrest bad behavior only at the top is not going to do the trick. It has to be holistic. What’s heartening is I do see some real action being taken on the part of some leagues, like in the USL where you’ve asked us to deliver workshops and trainings. The result will be players who grow up in a league that didn’t tolerate abuse. How wonderful is that?

Q: What momentum do you believe the USL’s Forever Proud initiative can provide toward creating a more inclusive atmosphere firstly in soccer, but also potentially in other sports?

KS: Creating safe and welcoming environments for young players is key and it will pay off in the near term. Players shouldn’t have to endure homophobic abuse while they train or play and by taking a proactive approach, by getting experienced guidance on how to handle the tough conversations, the USL is not only taking the issue seriously, but setting new standards.

Q: What advice would you give to someone who wants to be an ally to the LGBTQ+ community but doesn’t know where to start?

KS: I’ve begun to think of the word “ally” as slightly outdated. It’s language that kneecaps the real issue. Marginalized people need active collaborators. Whereas someone might consider themselves an ally because they don’t hurl slurs, for example, a collaborator is active. A collaborator understands that their own well-being is tied to the well-being of others and works to build that world. So, what does a collaborator need to do? They should step in when they hear abuse. They should leverage their privilege and share their resources in ways that push for positive change. They should be visible and be prepared to take social risks.

If this is all too nebulous, let’s look at an example: This February, RB Leipzig goalkeeper Peter Gulacsi posted an image of himself to his Instagram account criticizing a law that amended the Hungarian constitution to define family in a way that effectively banned same-sex couples from adopting children. Gulacsi’s post said, "All people have the right to equality. The same way every child has the right to grow up in a happy family, make that family of any gender, of any color, of any religion." Anti-LGBTQ+ laws have been plentiful under Hungarian Prime Minister Viktor Orban. In this example, Gulasci has leveraged his status as player despite the possibility of backlash and used his platform to push for change.

Q: What message would you like to send to LGBTQ+ athletes or those involved in sports reading this?

Q: Football v. Homophobia’s message has been carried forward by other organizations previously, most notably the English Football Association and its clubs. What does it mean to bring that message to North America with the USL and the Forever Proud project?

KS: The world’s most popular sport takes place in some many different contexts. It’s one of the reasons why it’s so perfectly suitable as a driver of change. We may not all live in the same cultures, speak the same languages, or have the same sexualities or gender presentations but we all speak football. That will go a surprising way towards finding common ground. With this partnership, we look forward to really being able to address a new set of specificities. There are tons of groups, teams, and organizations doing excellent anti-discrimination work in the world of football/soccer and we hope to enrich and spotlight their work while also providing actionable strategies to interested stakeholders.

Q: In early May, you helped organize the weekend-long Social Media Boycott that saw major clubs, players and football media from around the United Kingdom demand more be done by social media companies to combat online abuse. What do you believe are the main steps companies like Facebook, Twitter and Google need to take to make digital spaces better?

KS: The key demands of the boycott were:

The fact is, it’s simply not adequate for what are essentially publishing platforms to wash their hands of editorial control. Online abuse is real, it’s prevalent, and currently it’s almost completely unactionable. Platforms need to make it clear that abuse will not be tolerated and then—and this is key—impose real consequences for those who break that rule.