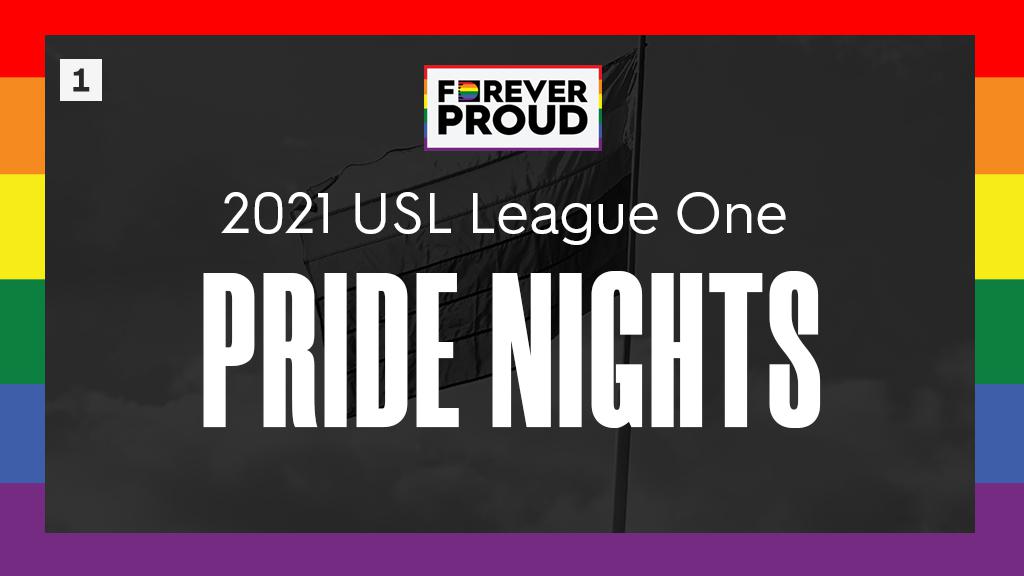 June 1 marked the start of Pride Month - a month in which progress in the fight for equal rights is celebrated, the impact of LGBTQ+ people upon society is recognized, and victims of hate crimes are memorialized. Pride Month is celebrated in June in honor of the 1969 Stonewall Uprising - the beginning of a revolution to end discrimination against LGBTQ+ people.

Now 52 years since the Uprising, significant strides have been made in the fight for LGBTQ+ equality, but the work must continue. The United Soccer League and its partners recently announced the Forever Proud Project, created to provide a safe, inclusive space for all fans, players, coaches, and employees.

League One clubs are also using their platforms to promote messages of equality and inclusivity in their communities. This month, eight League One clubs have announced Pride Nights at various home matches - nights which will celebrate the LGBTQ+ community and show soccer's power to overcome hate.

Here's a full list of the clubs, dates, and organizations you can consider supporting in the coming weeks and beyond.