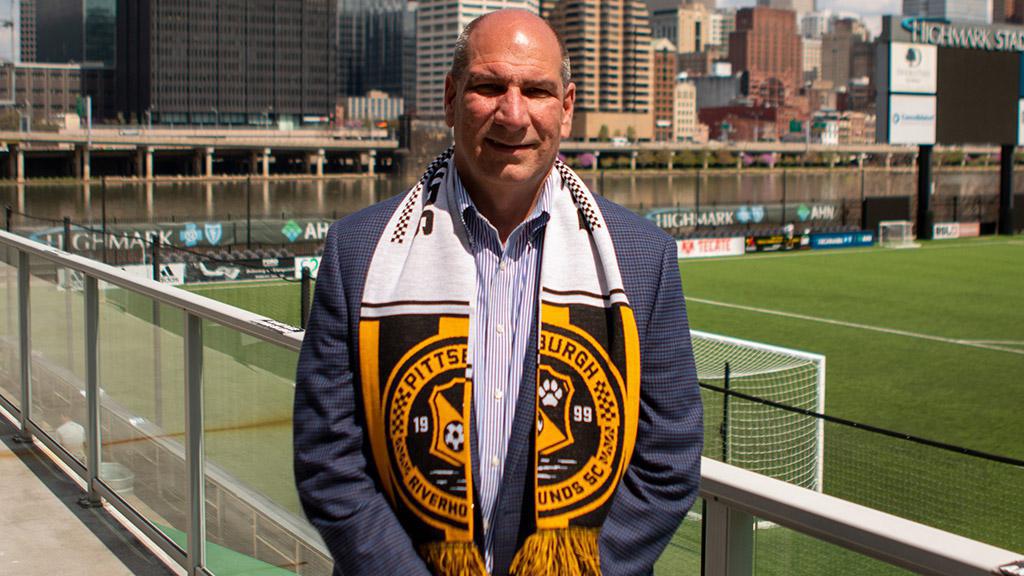 A Pittsburgh native, Vic Gregovits arrives as Riverhounds SC's new President eager to build on the momentum the club has built since its rebrand, which has coincided with tremendous success on the field at Highmark Stadium. | Photo courtesy Pittsburgh Riv

PITTSBURGH – You could certainly look at Vic Gregovits’ appointment as the new President of Pittsburgh Riverhounds SC as a career come full circle.

After all, the Pittsburgh native and veteran executive – whose experience includes that with both the Cleveland Indians and Pittsburgh Pirates in Major League Baseball – got his start in the city’s soccer scene.

“I started as an intern in indoor soccer here,” said Gregovits recently. “That was a pretty special time in my life, and I got to spend some time in Minnesota as well with the indoor soccer team there as well, but any time you can come back to your hometown and have an opportunity like I do with this opportunity, it’s great to do.”

The Hounds certainly appear primed to find a new level in the coming years. While one of the USL Championship’s more historic clubs – the team began its life in the USL A-League in 1999 – the arrival of Highmark Stadium eight years ago and more recent rebranding to bring the club in line with the city’s traditional sporting colors of Black and Gold have seen the club’s following grow.

It’s certainly been aided by success on the field – since Head Coach Bob Lilley’s arrival before the 2018 season, the club has reached the USL Championship Playoffs all three seasons, and finished top of the Eastern Conference in 2019. But the growth of the Hounds hasn’t simply been on the field, with the club’s new state-of-the-art facility under construction with partner Allegheny Health Network also getting ready to be completed this year.

That prospect in addition to the positive momentum the club continues to build, made for a compelling opportunity for Gregovits to lead.

“I viewed it as a great opportunity to continue to elevate and grow,” said Gregovits. “There’s multiple parts to that, obviously. Bob on the field has done a great job in the four years that he’s been here with a playoff team and attendance is on the rise at Highmark Stadium, the academy is going very well, and we’re also in the process of building the Montour complex, which will have 10 fields, it will be a sports medicine facility for our healthcare partner, Allegheny Health Network.”

Gregovits has been part of landmark moments in Pittsburgh’s sporting history in the past. During his time as the Pirates’ Vice President of Marketing and Broadcasting, the club opened its waterfront home, PNC Park in 2001. That remains Gregovits proudest moment, but his more recent experience as the President of the Louisville Bats that might provide the most insight into his new position. 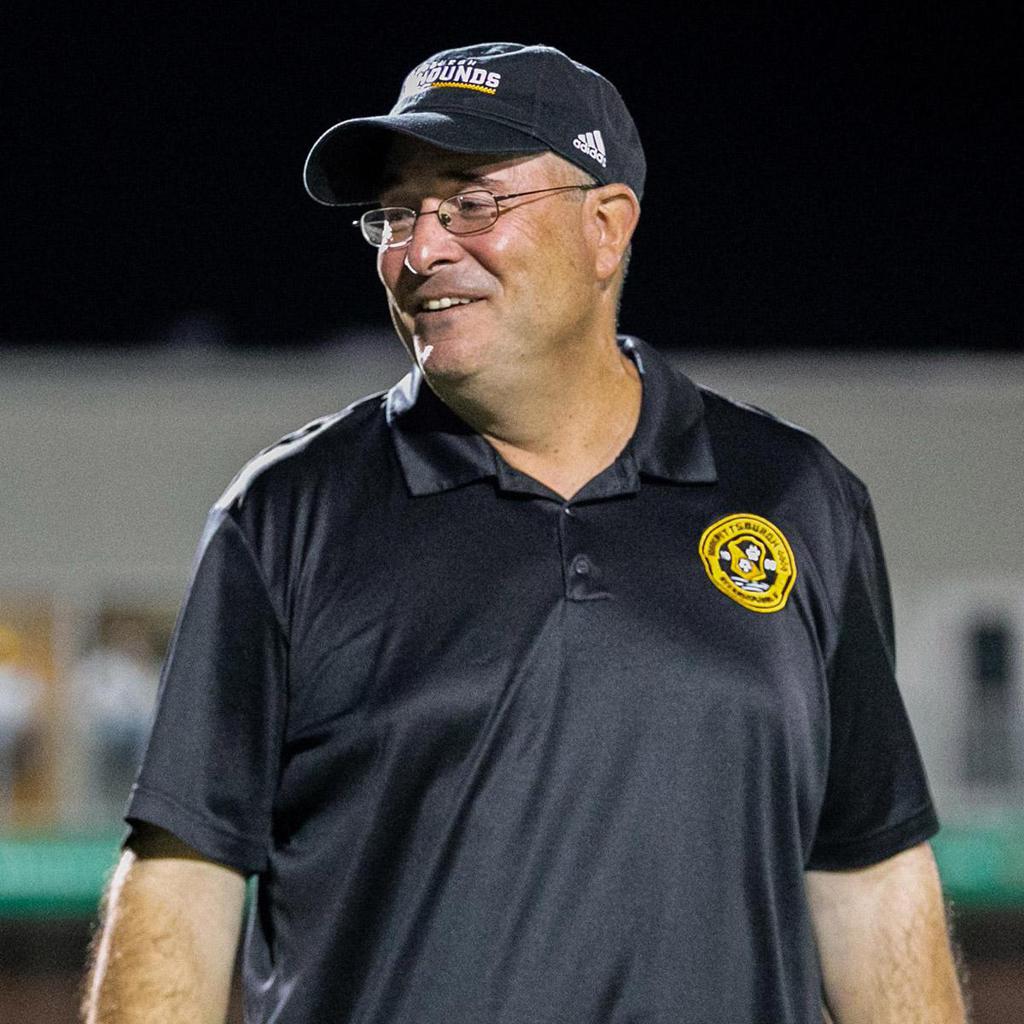 First sharing Louisville Slugger Field with the USL Championship’s Louisville City FC before seeing it move into Lynn Family Stadium last year, the data the Bats’ research provided showed Gregovits that there didn’t need to be competition for fans dollars, with relatively little crossover between the two fanbases.

“We did do some research there, and there’s room for everybody,” he said. “I would say the same for this market, which is much bigger, obviously. We only found there to be a 13-to-14 percent crossover of fanbase [between the Louisville Bats and Louisville City FC] so based on market size, there is room for everybody to be successful.”

Digging into what makes the different segments of the Hounds’ fanbase tick – from season-ticket holders and the Steel Army to those more casual fans looking for a good night of entertainment – is a priority for Gregovits as the Hounds get ready to kick off their new season this weekend against the Tampa Bay Rowdies.

As the city and sporting events start to reopen following the COVID-19 pandemic, the Hounds are taking a month-by-month approach to ticket sales, with the hope Highmark Stadium will be back to full capacity at Highmark Stadium before the end of this season.

When that happens, that’s when the fun will truly begin for Gregovits and his staff.

“This year we will have something to build upon, a huge stepping-stone for 2022, and we will obviously be ready to go full bore then,” said Gregovits. “That’s really the fun part of building something, taking the good foundation here and taking it to the next level, being here, sustaining and growing.”