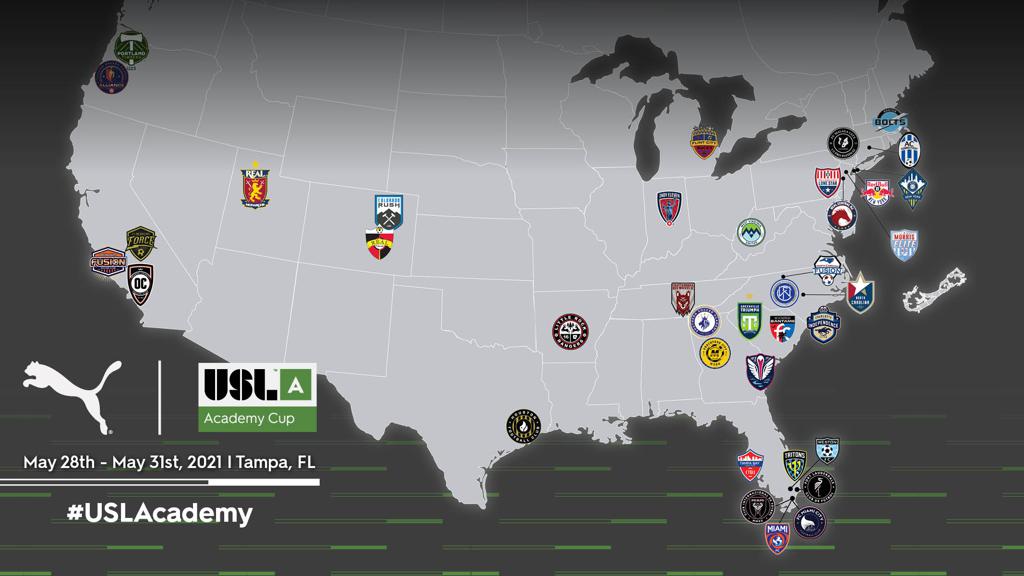 TAMPA, Fla. - The United Soccer League announced today the 37 clubs that will compete in the 2021 Academy Cup, presented by Puma, which will take place at the Hillsborough County Tournament SportsPlex in Tampa, Fla. on May 28-31, 2021. The USL Academy Cup features some of the country’s most elite youth players from the U-13 and U-17 age groups and will build on the success of the first two regional events held prior to the pandemic. Among the 74 teams competing, Miami FC will be represented by the Girls U17 team.

The cup competition will see academy teams from clubs in all three senior divisions of the USL represented, with clubs from the Championship, League One and League Two as well as representation from MLS clubs all competing against one another to represent a growing footprint that reaches 22 states across the country. These events will be designed to better identify and accelerate the development of elite youth players with the potential to reach the professional ranks. In addition, a U-17 Girls Division will be included at this year’s event, after the USL announced a complementary women’s pathway to the overall Academy platform in 2019. This new female-specific age group will serve to further enhance the mission of USL to provide proven pathways for all players, especially with the continued growth of the women’s game at the senior team levels.

“The USL Academy Cup is a prime example of the great work being done by our clubs and their youth affiliates to develop youth soccer across the country,” said Liam O’Connell, Technical Director of the USL. “We are incredibly excited to see our teams take the pitch this year at the cup and to witness our clubs continue to make an impact in youth soccer and the development of youth players across the American soccer landscape.”

As these 74 youth teams prepare to take the pitch for the 2021 USL Academy Cup national tournament, 60+ USL clubs will also be kicking off the first-ever regular season of the USL Academy League this spring. Among those 60 clubs, Miami FC will be competing in the Florida Division for the inaugural USL Academy League. As announced in 2020, this new pre-professional league will serve as a direct pathway for top teenage talents to enter the ranks of the USL senior teams in the Championship, League One and League Two while also providing clubs a reserve team experience.

For more information on conference alignment and to stay up to date on the competition structure, schedule release, and more, visit www.usl-academy.com/academy-cup.