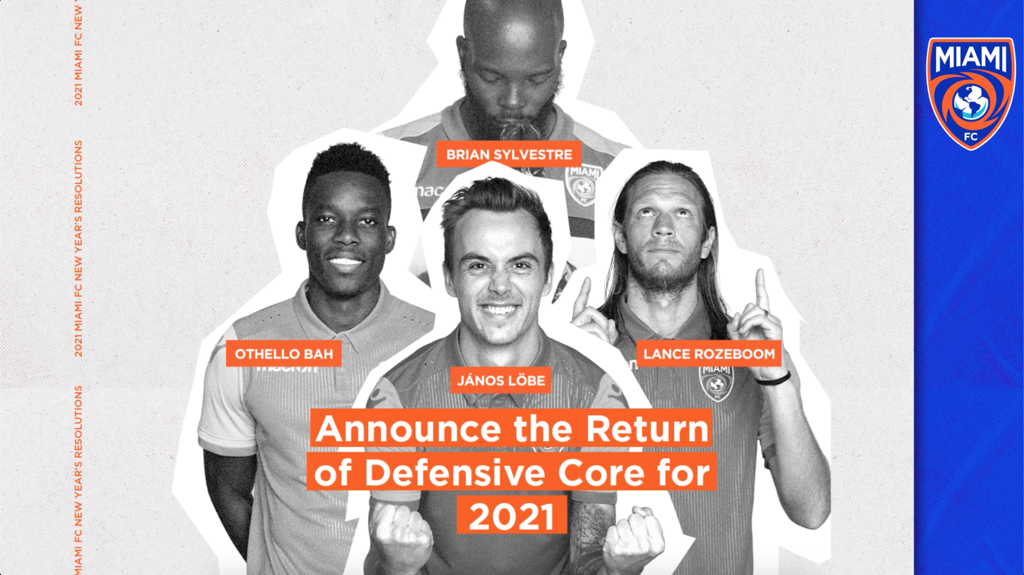 MIAMI (January 5, 2021) – The Miami FC announced on Tuesday that midfielder Lance Rozeboom, goalkeeper Brian Sylvestre and defenders Othello Bah and János Löbe will be back out on the pitch at Riccardo Silva Stadium in 2021. Miami FC also announced defender Junior Palacios has also signed a one-year contract.

Lance Rozeboom captained The Miami FC both in 2019 and 2020, playing in 14 league matches this past season. His versatility allows him to play as a holding midfielder, but also can be deployed as a center back. The Iowa native has a plethora of USL experience, having played over 100 league matches for Ottawa Fury, Tampa Bay Rowdies, Austin Aztex and Rochester Rhinos. Rozeboom was originally drafted by Major League Soccer’s D.C. United in 2012.

Returning to the club along with Rozeboom will be South Florida native Brian Sylvestre, who joined Miami FC prior to the season from Forward Madison of USL’s League One. Sylvestre  Born in Hollywood, Florida, the goalkeeper played for Schultz Academy and Weston FC at the youth level before making the jump to the IMG Soccer Academy program in 2008. After a season at IMG, he caught the eyes of Vancouver’s Academy Program before signing his first professional contract with the Whitecaps in March 2011.

Sylvestre experience includes 12 starts for Major League Soccer’s Philadelphia Union in 2015, while also suiting up for Vancouver Whitecaps (2011-2012) and L.A. Galaxy (2018). In his 12 appearances for the Union, he recorded five shutouts. From 2015 to 2017, Sylvestre started in over 50 matches for North Carolina FC (formerly known as Carolina RailHawks).

Our third returnee, defender János Löbe, proved his versatility on the pitch during this past 2020 season. After joining the club in January 2020, Löbe began preseason deployed as left back, but quickly began to transition into roles in both the midfield and attacking portions of the pitch. His attacking and defensive qualities make Löbe a threat to any opposition. The 25-year-old featured in 15 out of the 16 matches played by The Miami FC, while recording one assist.

Bah returns to Miami FC for his third season with the club, originally joining the South Florida side prior to the 2019 season. Originally from Liberia, he featured in 11 USL Championship matches being deployed as left back in most occasions. Bah joined the club from Chattanooga FC and was a member of The Miami FC side which won multiple titles in 2019 during their time in both the NPSL and NISA. Prior to playing professionally, the defender played collegiately for Tennessee Wesleyan University and Nova Southeastern University.

Defender Junior Palacios has earned a one year contract after spending most of the 2020 season on trial with The Miami FC. The Colombian native demonstrated his strong defensive abilities as a center back and will be hoping to make an impact in the club’s back line.

The Miami FC continues working hard to fortify their 2021 USL Championship roster, and will be making a series of player announcement in the coming days as part of fulfilling their 2021 New Year’s Resolutions. 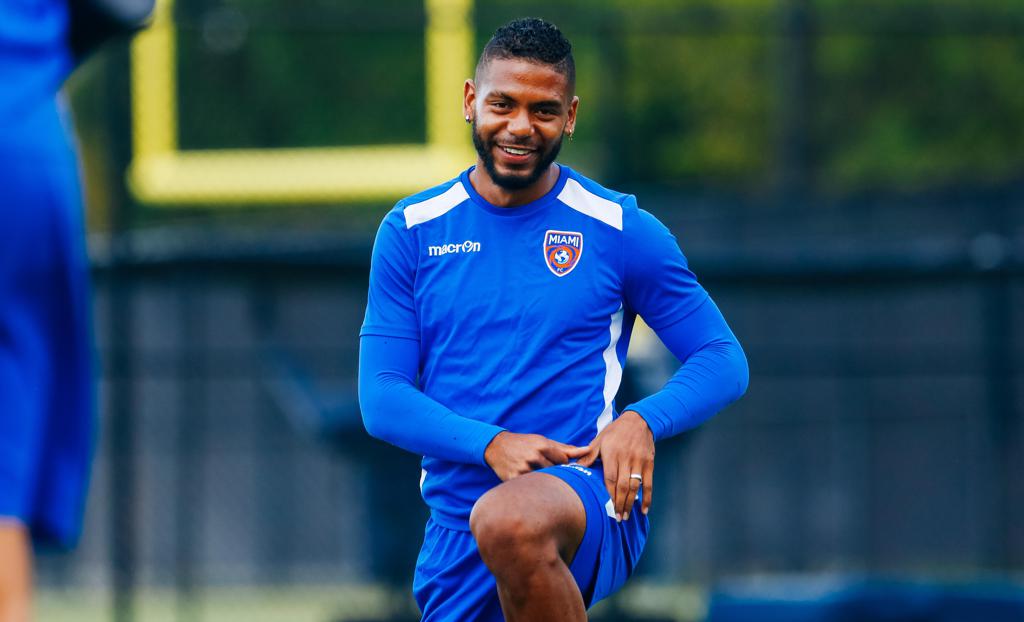