Installation of suites, floodlights, and videoboard underway ahead of 2021 season 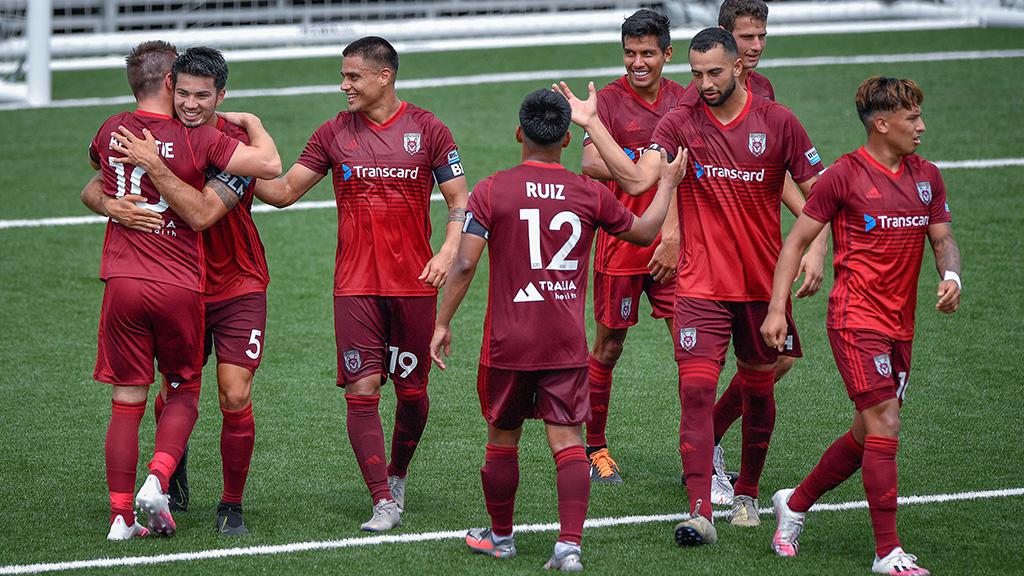 CHATTANOOGA, Tenn. – Having navigated a season as complex as the second in USL League One proved, it’s understandable that there were mixed emotions upon reflection for those that experienced it from the inside.

For Chattanooga Red Wolves President and General Manager Sean McDaniel, the contrast between what the club was able to bring to its city and fans with the opening of CHI Memorial Stadium and the work that had to be done behind the scenes to ensure the campaign ran smoothly was stark.

“I have to put [this season] into two categories,” said McDaniel recently. “The first category would be that I was glad that the Chattanooga Red Wolves were able to do something in our city for fans to be excited about. We’re still in the throes of COVID, so being able to play professional soccer here in Chattanooga in a new venue, it gave people hope. Hope for what lies ahead, hope that things will be better again someday, and so while it was a shortened season it was valuable to breathe life into the city.

“The second category, however, is that it was very challenging to say the least. Testing the players, keeping fans safe and segregated at the game, making sure we followed all of the rules that had to be followed for safety, particularly as we travelled. It really was an expensive year for us because of the burdens of managing COVID.”

In the big picture, however, the Red Wolves’ future has continued to take shape in the six weeks that have passed since the end of the season. While the club had to work against the clock to ensure a successful opening of CHI Memorial Stadium after the decision was made by the League One Board of Governors to play a reduced 2020 season – including the installation of the turf field and the main stands that welcomed fans this summer – much will be new when the 2021 campaign begins.

By then, the new 200-person executive suite complete with full-service food and beverage will be complete, as will eight sky suites, floodlights and a new videoboard that will add to the atmosphere and fan-friendly environment at Red Wolves home games.

“What’s really great to see today is those elements that were always going to come as the stadium comes to life now happening,” said McDaniel. “The way that the site plan lays out, the pieces are coming and the infrastructure to do so is happening as we speak, and the landscape as it looks today will look far different and better in less than a year. … That’s a credit to [Red Wolves Owner] Bob Martino and his vision and his investment in making this happen.” 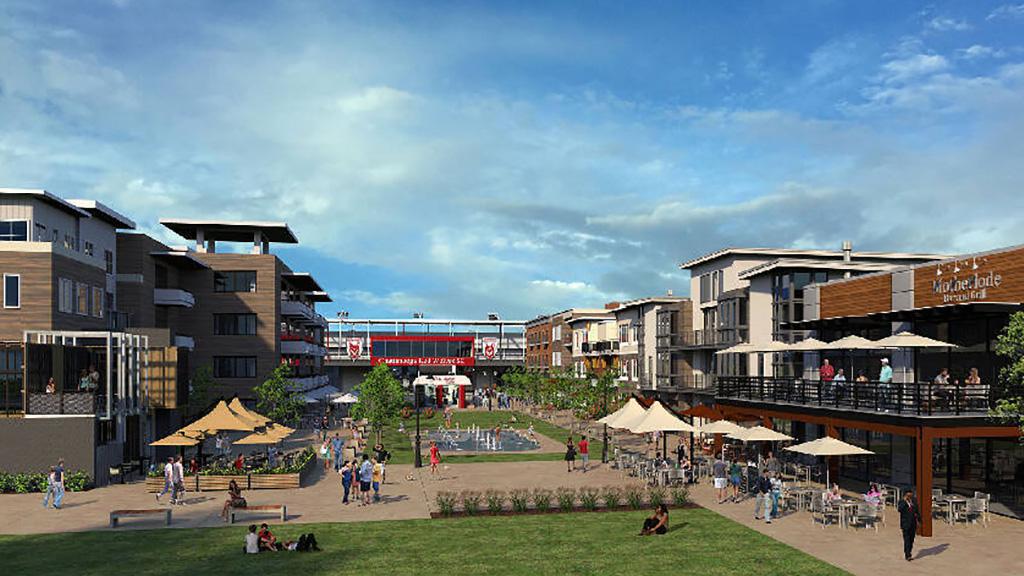 A rendering of the mixed-use complex surrounding Chattanooga Red Wolves SC's CHI Memorial Stadium, which is now under construction.

Also underway is construction on the broader development, where ground has been broken and framework for the residential components has been put into place. The mixed-use complex – which will include residential, business and recreational spaces – is the key to the long-term future of the Red Wolves and its impact on the community, including the Red Wolves’ Academy.

“They need stadiums, they need proper places to play, and the whole real estate component to it is clearly the direction that professional soccer is moving,” said McDaniel. “I’m proud the Red Wolves are leading the way there.”

After Tuesday’s announcement of Central Valley Fuego FC to join League One in the 2022 season, the drive to move the league as a whole closer in line to the footprint of the Championship’s 30-plus clubs is now the main priority for both the league and its Board of Governors. Expanding regional footprints and reducing travel cost is a priority as the league continues to grow.

McDaniel, though, believes that the potential maturation of League One could come far more quickly than it did for the Championship, which this year celebrated its 10th season. It’s a view shared by USL leadership – USL VP of Communications & Public Relations Ryan Madden told the Fresno Bee’s Marek Warszaweki “It’s entirely possible that League One will double in size between now and the 2026 World Cup,” upon the introduction of Fuego FC.

As League One prepares for its third season, the light at the end of the tunnel for the Red Wolves and other clubs is growing brighter both for the opportunity to welcome packed venues once again, and to see the league’s continued rise.

“We are in our infancy,” said McDaniel. “I love the direction the league is moving in, the market size, the ownership groups, I think it’s important that we continue building beyond just having good soccer on Saturdays.