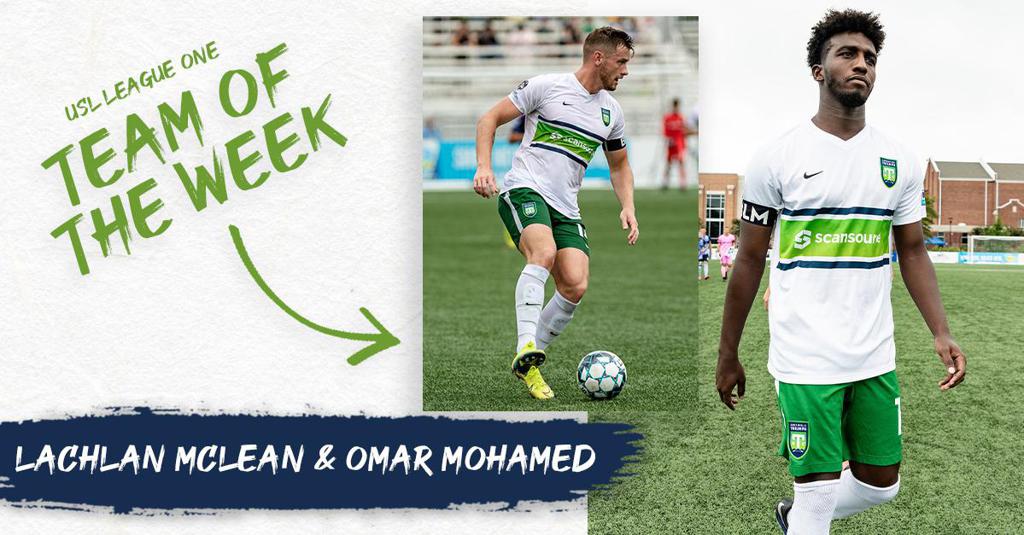 Greenville, SC - After the attacking pair connected for Greenville's first goal during the 2-2 draw in Tucson, winger Omar Mohamed and forward Lachlan McLean were named to Week 13's Team of the Week. Greenville has had at least two players featured on Team of the Week since week eight.

Lachlan McLean (F)  continued his solid season with two goals for Triumph SC, with the second coming in stoppage time to earn the visitors a 2-2 draw with FC Tucson on Saturday night. This is McLean's fifth TOTW appearance. The Triumph newcomer now leads the team in goals with six and points with 14 (6G, 2A).

Omar Mohamed (M) had one assist, recorded two key passes and three shots during his start for the Triumph. He completed 21 of 23 passes overall.

Greenville will return to the Upstate for their last home match of the regular season on Sunday, October 18th at 3:00 pm. The Triumph will host Union Omaha and will be giving away 1,000 Dallas Jaye Bobbleheads to commemorate the keeper's stellar 2019 season as he looks to win the Golden Glove and Best GK awards for a second straight season. The match will be broadcast locally on The CW62 as well as ESPN+.