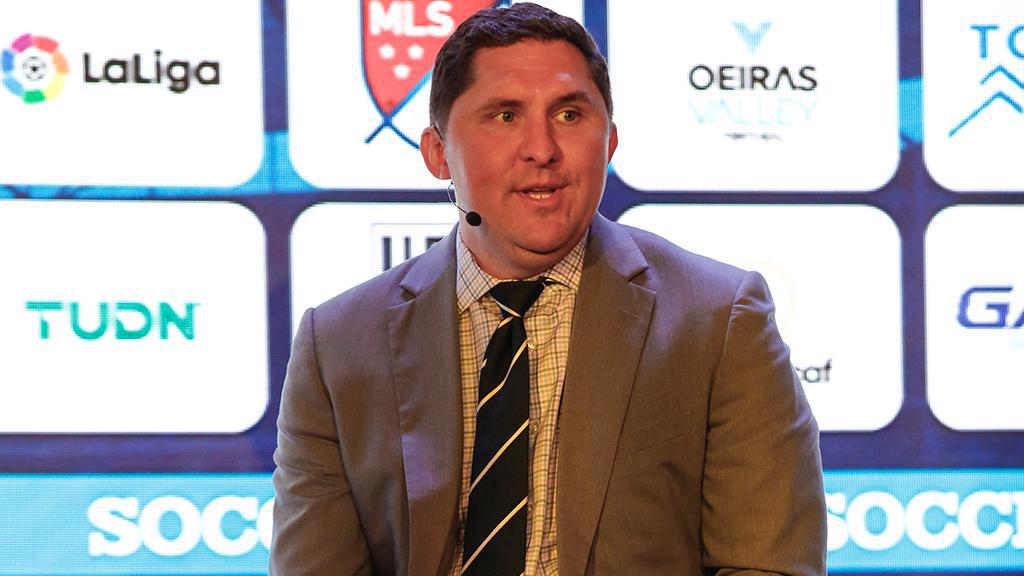 USL Executive Vice President Court Jeske will be a guest in an online panel on Wednesday on the present and future for professional sports at all levels. | Photo by Alenny Orovio / Getty Images for Soccerex

USL Executive Vice President Court Jeske will be one of the guest speakers in an online forum hosted by ISBI 360˚ this Wednesday on the present and future for professional sports at all levels. Among the topics that will be discussed are the challenges that leagues have faced as they look to return to action in a safe environment, and how they have remained engaged with fans during the current COVID-19 pandemic.

The United Soccer League is set to be the first professional league in the United States to return to live action in home venues when it resumes play in July. The USL Championship has set a provisional kickoff date of July 11 for the resumption of the 2020 season, and USL League One is set to open its second season on July 18.

ISBI is an official partner of the USL, having last year entered into a league-wide multi-year partnership to support Championship and League One clubs in training business professionals using its cutting-edge e-Learning Network, ISBI 360°.

Registration for the forum, which will be conducted by Zoom at 10:30 a.m. ET on Wednesday, is now open.