Getting The Call Up 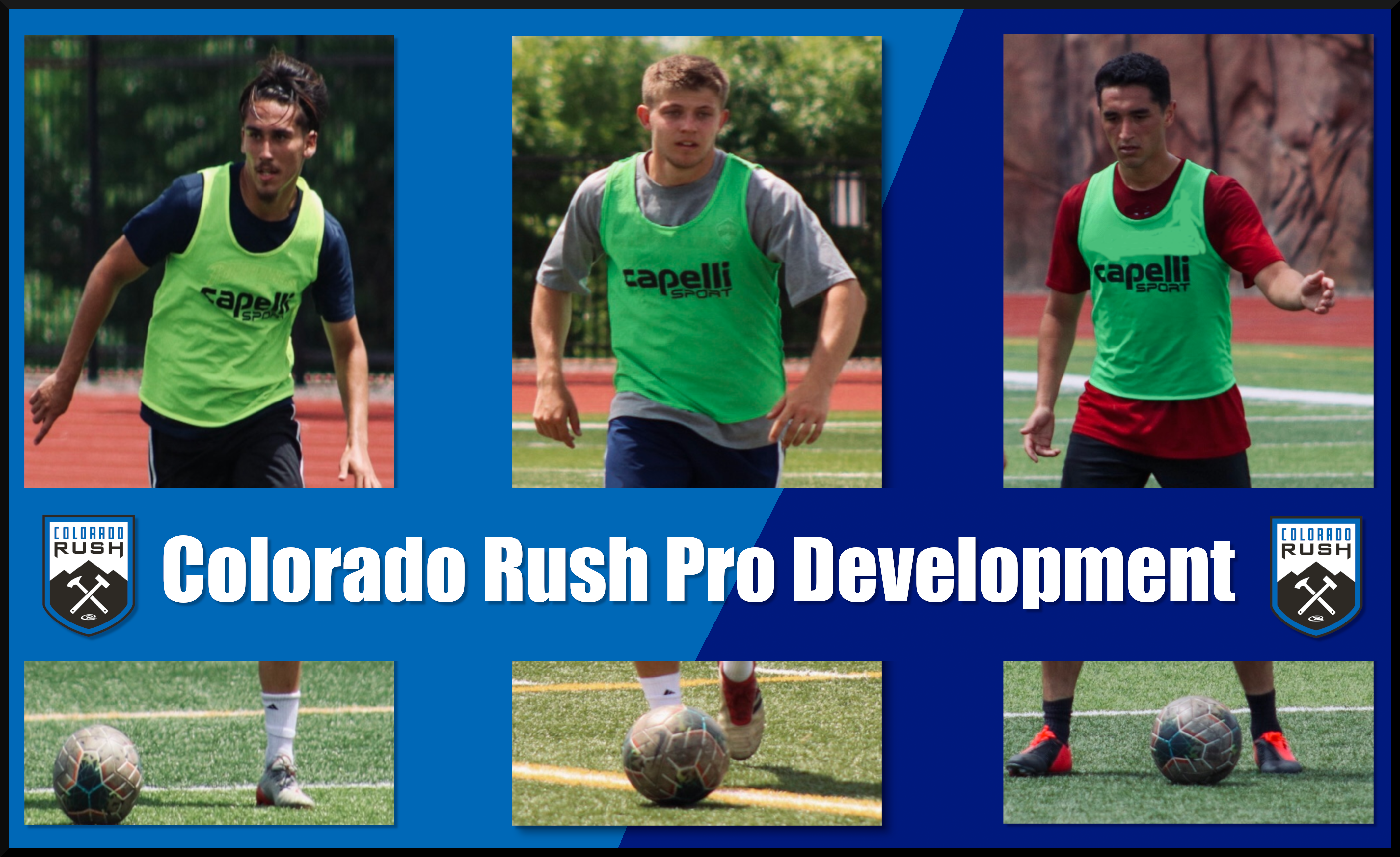 Producing homegrown players or even having players from the youth academy come up to train with the first team is a huge deal. Today, one player from the Colorado Rush Academy U18s got the call to come train. “Having a first team to look up to is really exciting because I feel like I have a better opportunity to pursue my dream in soccer,” says Daniel Garciacano. Garciacano preached about how thankful and proud he was for this opportunity. It is inspiring to see young players such as Garciacano being able to train within the club’s first team.

Today, the Colorado Rush also had one of their youth teams come to watch the first team and then train on part of the same pitch. While watching the USL2 side, they picked out some of their favorite players and took in everything they could.

The strong finishes Greg had during the finishing drill translated into the 9v9 scrimmage that the team ended practice with. We asked Greg to walk us through the first goal he scored from the scrimmage, “I just drifted back post. It was a corner kick and the ball floated back towards me. I took a touch then I tried to roof the keeper.” Not only was his finish class, but it wouldn’t have been possible if it wasn’t for his first touch. It was a corner kick and Tracy brought the ball down with the outside of his right foot to perfectly set him up with a left footed shot. The only thing the rest of the players could do is watch the ball rip into the top of the net, near post.

Sammi Owusu was able to tally two goals during this scrimmage as well. Owusu was asked about these finishes and explained that, “one of the goals I scored, one of my teammates laid it back and I had a first-time finish. My second goal I took the defender on 1v1 and I cut it to my left foot and finished it.” As an attacking player, Owusu showcased how clinical and dangerous he is in front of goal. The opportunities he puts himself in along with the quality he already possesses makes him a nightmare for opposing defenders.

Overall, today’s training session was at a game-like pace in its entirety despite having a strenuous week. Greg felt as though the main focuses of today’s training were “a lot of different areas of agility, shooting, and fitness before we went into the scrimmage, for the last 45 minutes of the session”.

Wrapping up the fourth week of training, the players are already preparing for next week by getting rest, fitness, and maybe even some team bonding over the weekend. Greg stated, “In the upcoming week of training, I am looking forward to just coming together and playing. During Covid it is a great opportunity to come together and actually train during summer. I am grateful for that.”

After closing a strong week 4, the Colorado Rush are ready for another great week of training.