USL Expansion Extends Beyond the Pitch 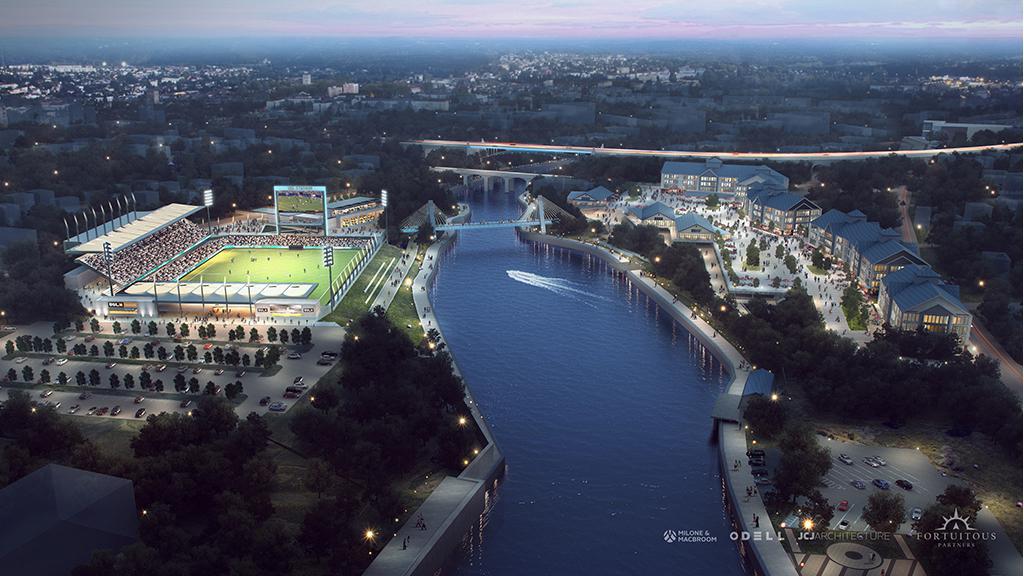 Stadium-anchored entertainment districts like Tidewater Landing in Pawtucket, Rhode Island offer a roadmap for the future of expansion in the USL Championship and USL League One.

A key element to the successful growth of the USL Championship and League One over recent years has been the arrival of soccer-specific venues that offer a first-class fan experience and a permanent place in city life for the leagues' clubs.

As the Championship’s 10th anniversary season kicks off this week, 19 of the league’s independent clubs will do so in soccer-specific venues, including the new 11,700-seat Lynn Family Stadium, which will become the permanent home of two-time title-winners Louisville City FC.

As the USL looks further into the future, however, its goals in terms of infrastructure and development continue to grow, with the organization working with local investors to aid construction of mixed-use facilities that will offer residents a venue that can become an economic driver on a year-round basis.

“The USL views its teams as community assets,” USL Chief Operating Officer Justin Papadakis told Forbes.com’s Michael LoRé. “We believe there’s a fundamental change happening where consumers are looking for places to be when they leave their house and that they’d rather spend money on an experience than a physical product. The goal is to be the intersection of social interaction within our communities.”

One such project is Tidewater Landing, a $400-million development in Pawtucket, Rhode Island. Unveiled on December 2, 2019 and anchored by a 7,500-seat stadium, the complex would also include an indoor sports event center, more than 100,000 square feet of retail, food and beverage and other community space, more than 200 housing units, a 200-room hotel, and 200,000 square feet of commercial office space. 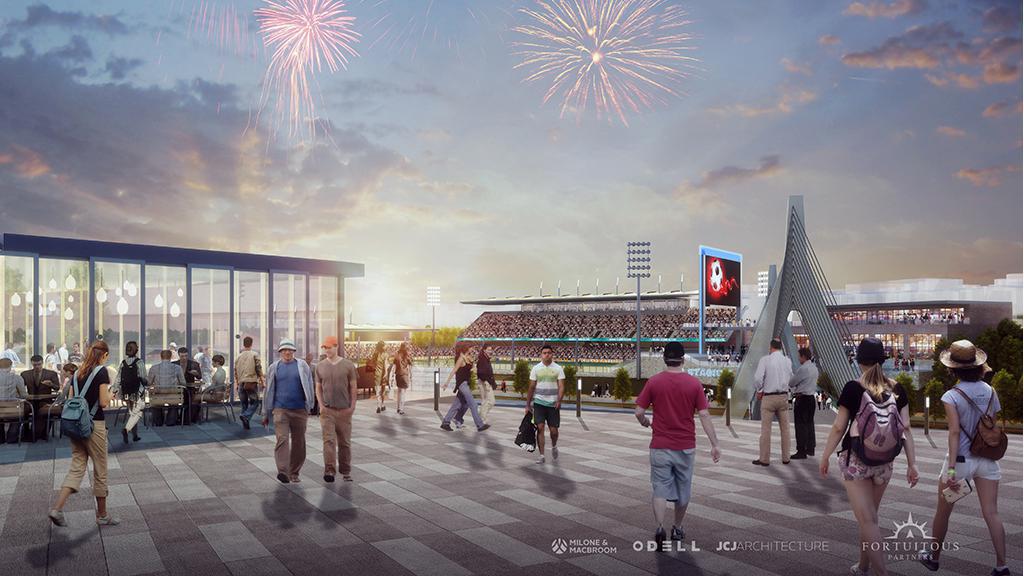 Venues like Tidewater Landing in Pawtucket, Rhode Island offer facilities that provide residents a venue that can become an economic driver on a year-round basis.

The concept was that of Brett M. Johnson, who has witnessed up close as a minority investor in the Championship’s Phoenix Rising FC and a resident of Los Angeles the impact both professional sports and a major mixed-use development anchored by a sporting venue can have on a community.

Bringing those two ideas together, the Brown University alum was struck by the potential Rhode Island possessed for such an initiative.

“I started to think about other markets that would benefit from professional soccer,” Johnson told LoRé. “Rhode Island for a lot of reasons started to resonate at that scale. Coupled with the Opportunity Zone Program, I put the pieces together of how we could do sports-anchored real estate developments to create opportunity and change.

“Places like L.A. Live have completely transformed neighborhoods. Our aspirations for Pawtucket are to create something similar.”

The project would be the largest in Rhode Island’s history, and is expected to create 2,500 direct and indirect construction jobs and more than 1,200 ongoing jobs after completion.

Maybe greater than the economic impact the project would have on the region, though, is the sense of community that would coalesce around the venue for residents and businesses that has been evident in other communities across the Championship and USL League One. Beyond Louisville’s new venue, both Colorado Springs Switchbacks FC and the Charlotte Independence are scheduled to move into new downtown homes in the 2021 Championship season.

More recently, $4.1 million in capital outlay was approved by New Mexico lawmakers that will allow New Mexico United to take the first steps in creating a Sports & Cultural Center in Albuquerque, N.M., while projects in Indianapolis, Raleigh, N.C., Oklahoma City, Des Moines, Iowa, Statesboro, Ga. and Chattanooga, Tenn. are all in various stages of development.

“Contributing to local economies is a major part of our value proposition,” Papadakis told LoRé. “Pawtucket is a great example of a stadium-anchored entertainment district we’re trying to create around the country.”

As preparations build around the continent for the 2026 FIFA World Cup arriving in North America six years from now, proposals of the kind presented by Johnson’s group in Pawtucket will grow exponentially. According to Papadakis, the USL is aiming to create “dozens and dozens” of stadium-anchored entertainment districts in the next five years.

For both local communities and professional soccer in the United States, the opportunity is simply waiting to be taken.

“I’m a huge advocate of sports in general, soccer specifically, and what the MLS and USL are doing respectively and how it’s transitioning the landscape in this country,” Johnson told LoRé. “Especially with the 2026 World Cup on the horizon, soccer’s future couldn’t be brighter in this country.”